Starting with the clock, ArcticStorm is certainly not the fastest GTX 1080 Ti around, but at least it’s well equipped. It features GPU clock of 1506/1620 MHz with untouched memory clock at 11 GHz. This card comes with 16+2 phase design powered by a pair of 8-pin connectors.

The water block is LED illuminated thanks to a technology called Spectra. However, it’s hard to say how it looks in real life, because ZOTAC only released some 3D renders.

ZOTAC has not confirmed when GTX 1080 Ti ArcticStorm will be available for sale.

Game fearlessly. Turn your gaming prowess up to eleven and know no fear with the ZOTAC GeForce® GTX 1080 Ti ArcticStorm. Raise the playing field with the most advanced gaming graphics card ever without fear of hitting the thermal capacity.

The waterblock provides full board coverage and fitted with innovative technologies such as Direct Copper Contact with 0.3mm micro-channels to maximize thermal performance. Discover performance, power efficiency, and gaming experiences with powerful performance and cool thermals. 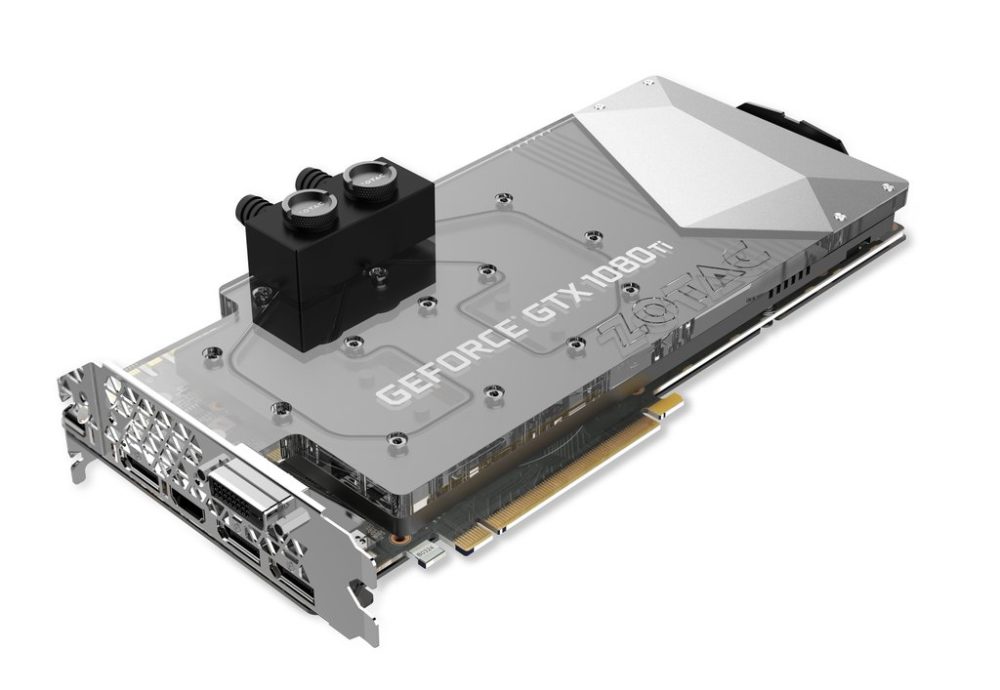 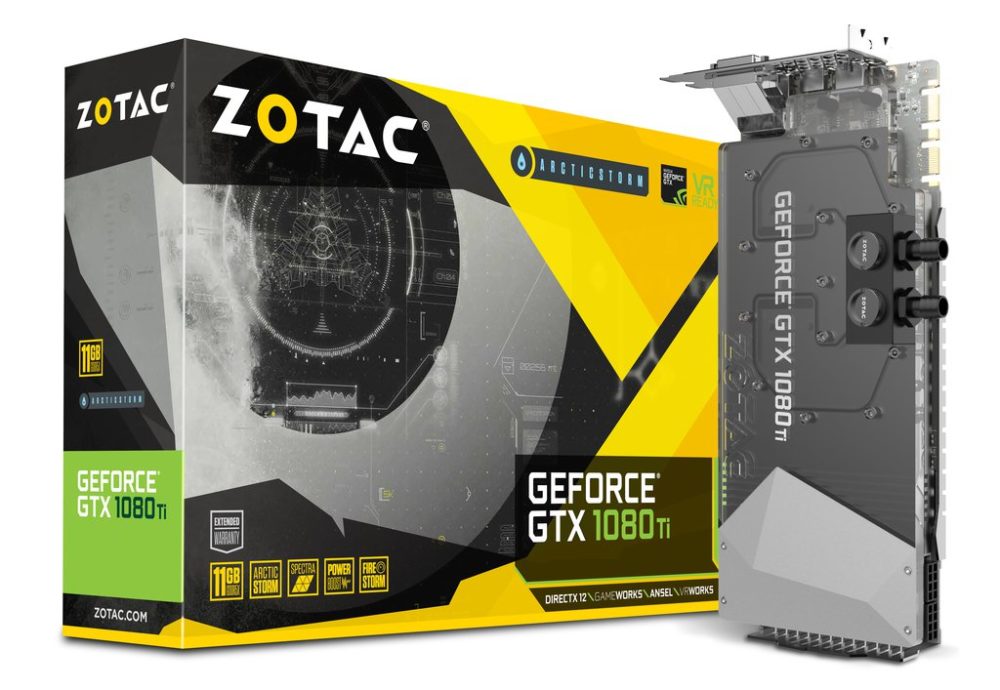 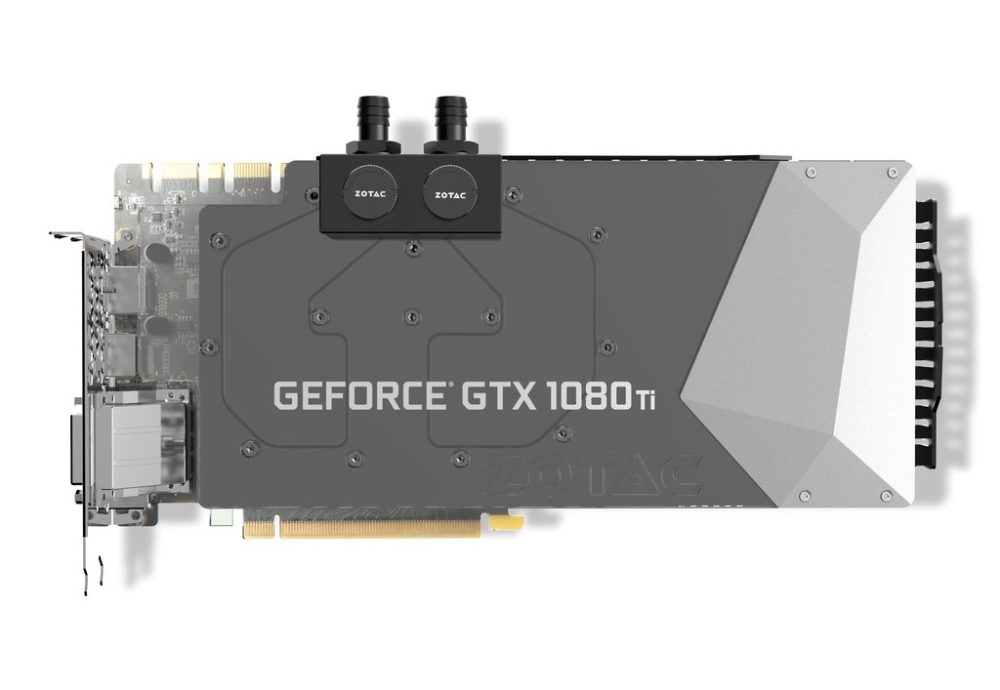 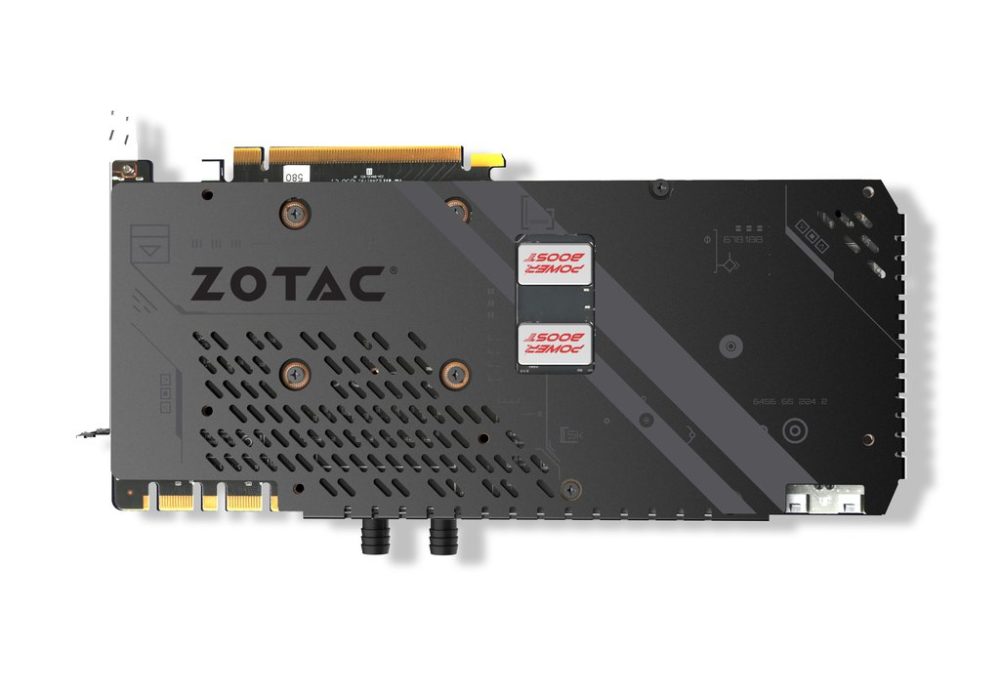