World’s first 12nm FFN GPU has just been announced by Jensen Huang at GTC17. The new Tesla has the second generation NVLink with a bandwidth of 300 GB/s. Tesla V100 utilizes 16 GB HBM2 operating at 900 GB/s.

The card is powered by new Volta GPU, which features 5120 CUDA cores and 21 billion transistors. This is the biggest GPU ever made with a die size of 815 mm2.

Jensen said that the cost of Tesla V100 development was 3 billion dollars.

With Tesla V100 NVIDIA introduces GV100 graphics processor. This is the biggest GPU ever made with 5376 CUDA FP32 cores (but only 5120 are enabled on Tesla V100). It has a new type of Streaming Multiprocessor called Volta SM, equipped with mixed-precision tensor cores and enhanced power efficiency, clock speeds and L1 data cache. 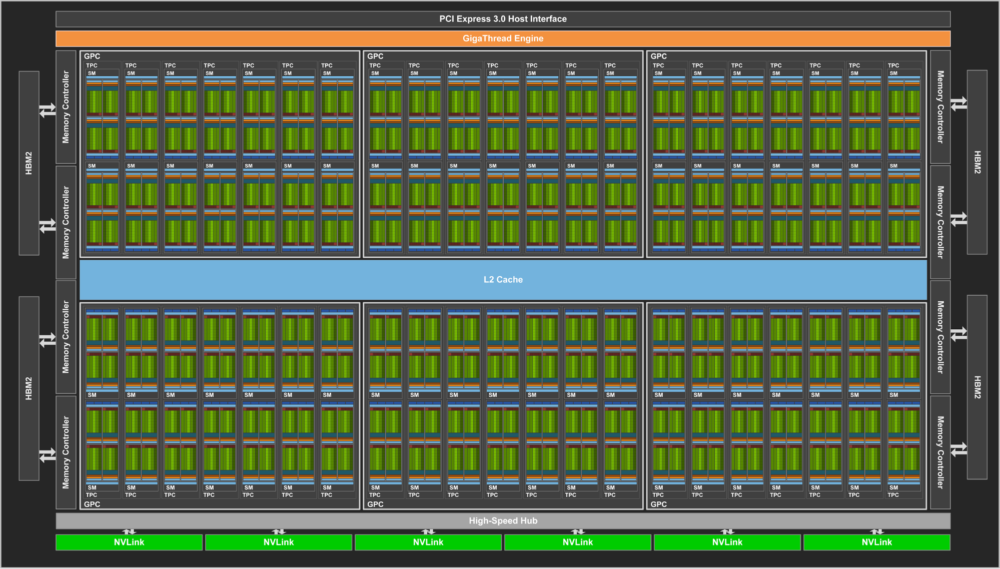