LCDs on graphics cards? Sounds like a strange idea, but apparently it’s a new trend for the high-end graphics card market.

The GTX 1080 TI HOF from GALAX is the world’s second graphics card with LCD, after the announcement of iGame GTX 1080 Ti Vulcan X OC from Colorful.

The display will show:

The GTX 1080 Ti HOF is the fastest model from GALAX. This card will feature triple-fan and triple-slot cooling solution and custom PCB with three 8-pin power connectors. It’s a fancy and innovative product, but the main goal for HOF series is to satisfy professional overclockers. 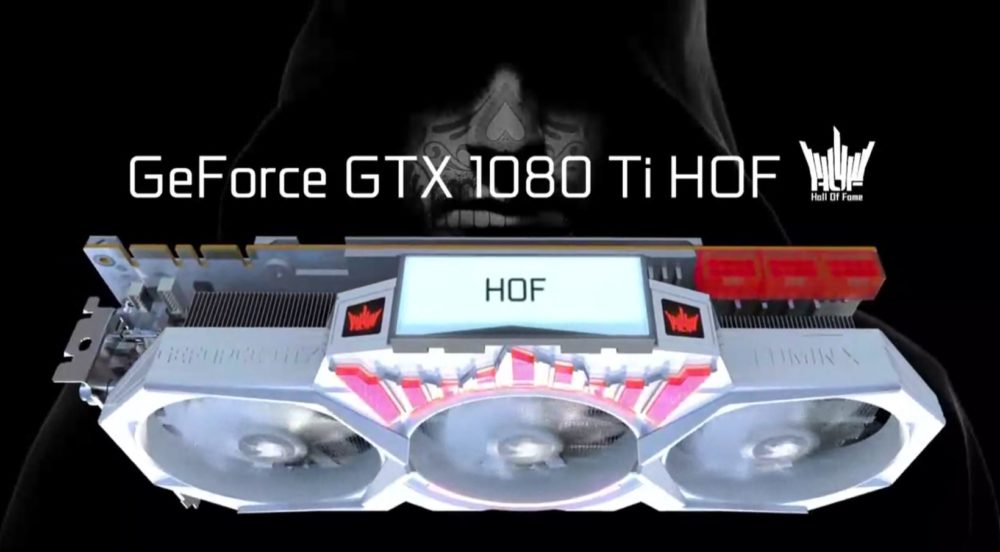