The white edition of their EXOC series from KFA2 and GALAX is identical to GTX 1080 TI EXOC Black Edition in terms of design and specs, the only difference is the new color of the shroud.

The EXOC GTX 1080 Ti series are factory-overclocked to 1531/1645 MHz, which let’s be honest is not very high, but since these cards are only using NVIDIA’reference PCB, it may not be really that surprising.

Finally, it’s also worth noting that reference board also means no DVI-D connector. 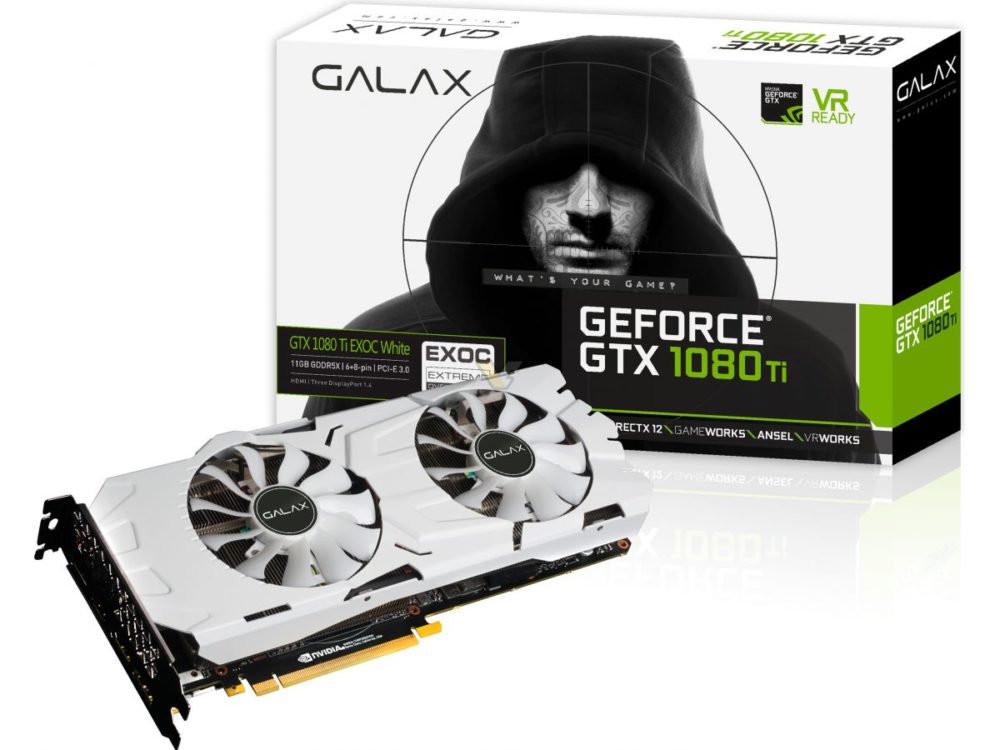 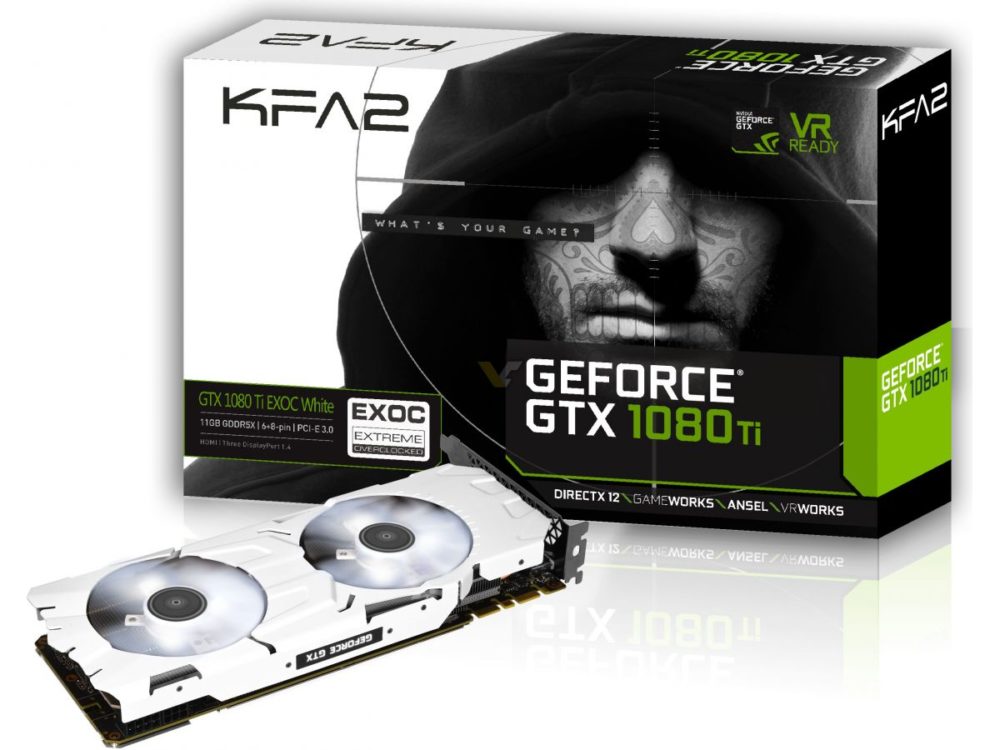 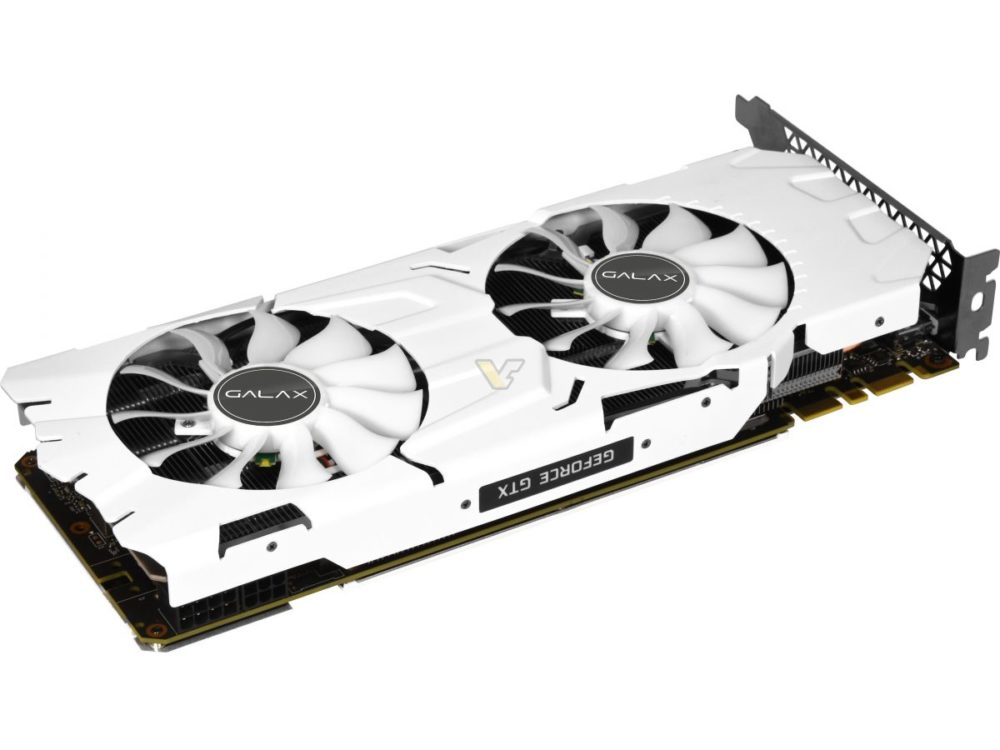 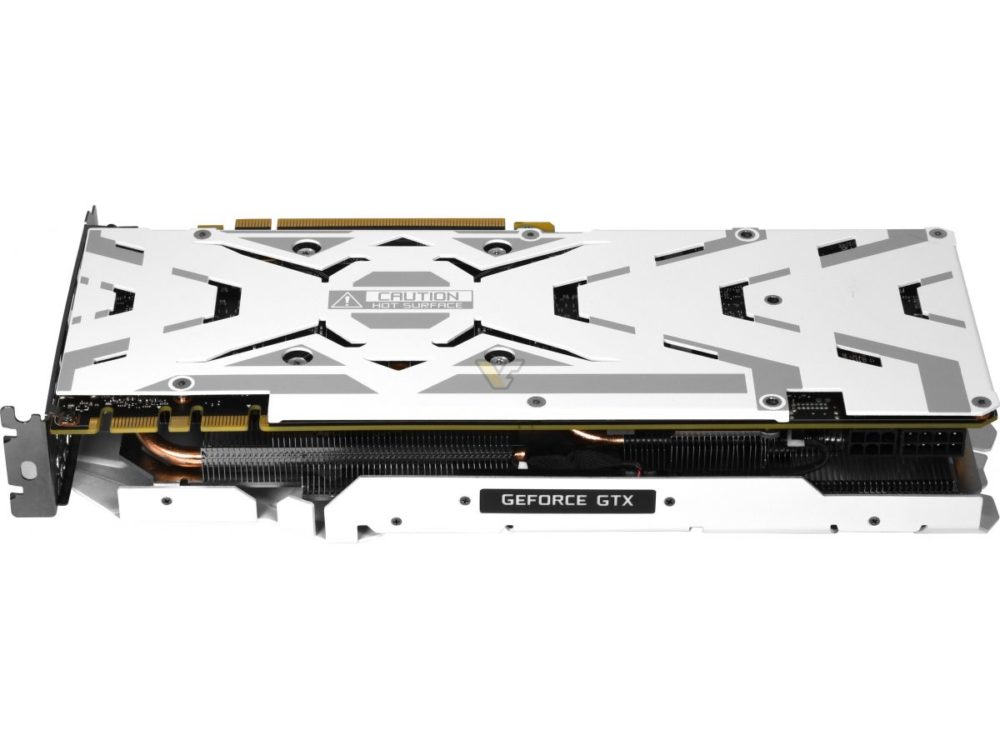 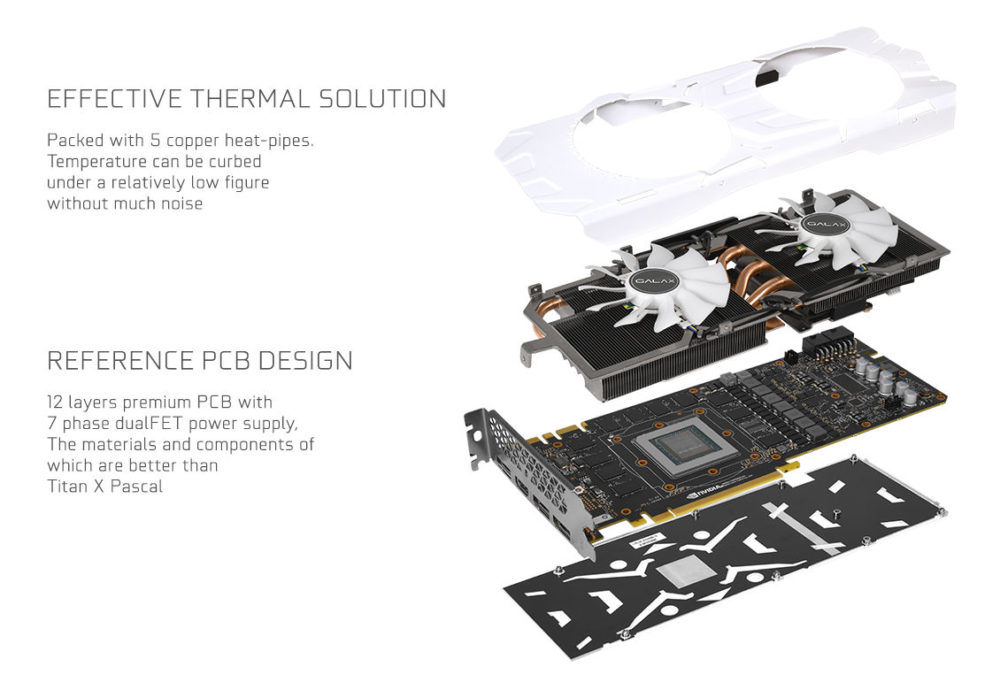