HIS, the company of roaring lions, has finally unveiled its Radeon RX 500 graphics cards.

Let’s start with the fastest model, the RX 580 XTR IceQX2 Roaring Turbo (name couldn’t be any longer!) compared to RX 480 Roaring Turbo, XTR has the exact same design with one exception. The board has been upgraded with 6+8pin power connectors to satisfy the demand for power of Polaris 20 XTR GPU. 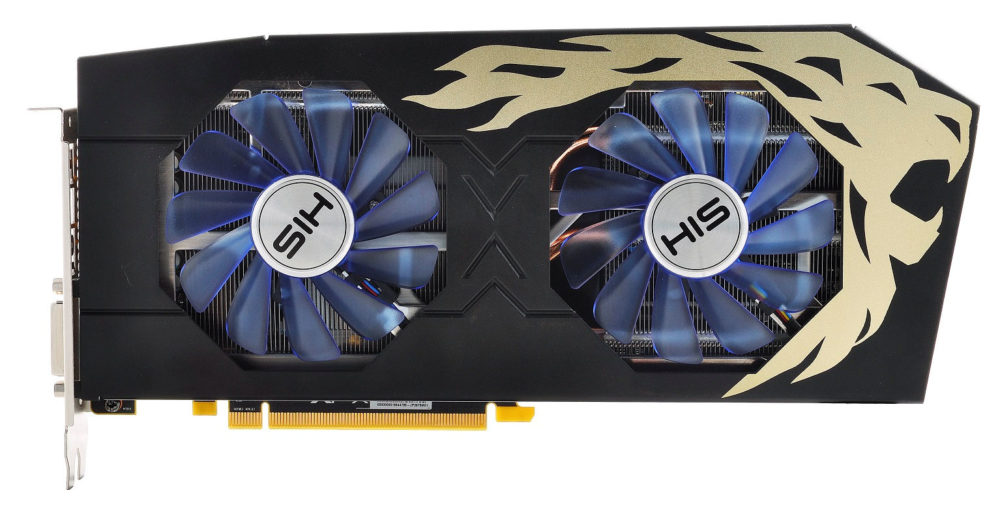 Moving on to Radeon RX 570 and RX 580, there is one important change to the design and that’s a new fan. Yes, it is still blue, but it now has 11 blades as oppose to 9 present in RX 400 series IceQX2 lineup. HIS claims that this change has increased the airflow and helped to reduce the noise, whether that’s true, we don’t know. 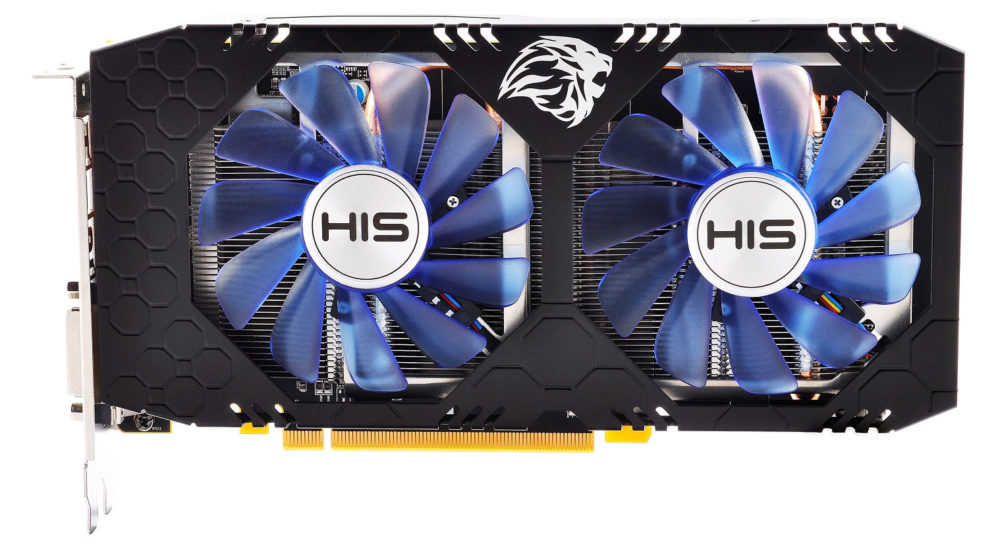 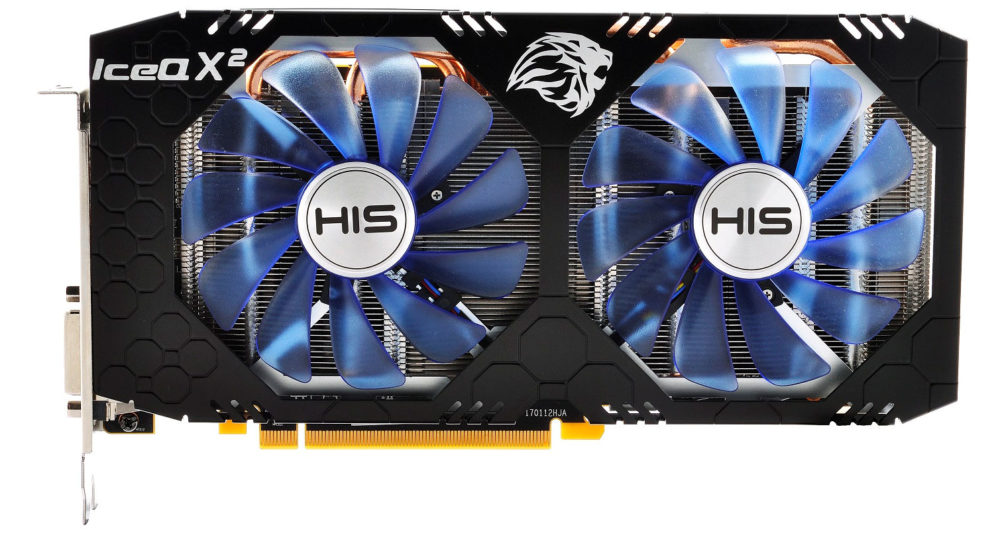 HIS is the only company to officially compare Radeon RX 580 series to RX 480 series. So I thought you might want to see this chart. Bear in mind though, performance chart apparently starts over 9000 (?!). 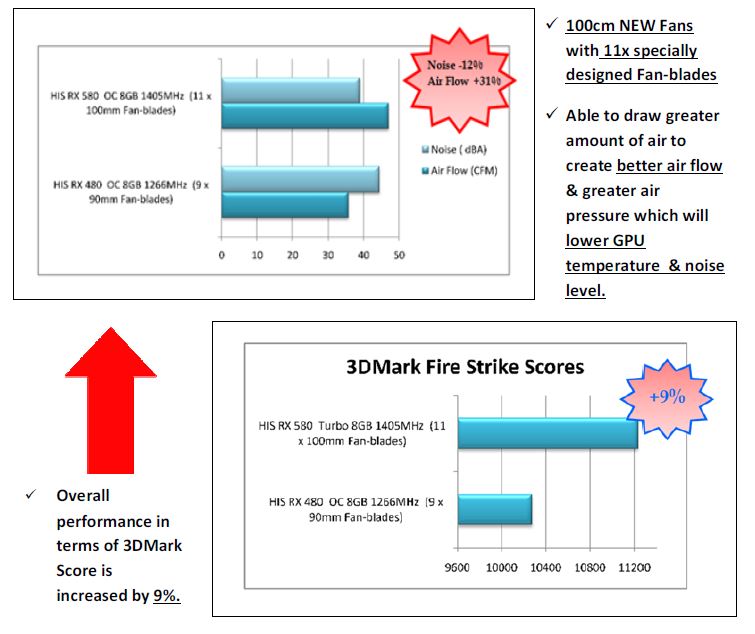