Intel Skylake-X and Kabylake-X to launch sooner than expected

Bench.Life, a Chinese website known for very accurate Intel-related leaks, has just confirmed with their sources that Intel has rescheduled the launch of X299 platform. According to the latest information, Intel’s Basin Falls X299 platform is to launch a month sooner than previously expected.

Intel X299 platform was originally planned for 31st week of this year, which is early August (July 31st – August 6th). The new date for Skylake-X processor production is 25th week, which is 4th week of June (19th – 25th).

The date for qualification samples production has not changed and it’s still 22nd week (May 29th – June 4th), which is interpreted by Bench.Life as an indication of a possible showcase at Computex, which starts on the same week (May 30th – June 3rd).

Both Skylake-X and Kabylake-X are to use the same LGA2066 socket (Socket R4) and both will lack integrated graphics processors. Kabylake-X CPUs will be offered with up to 4 cores while Skylake-X with up to 10 cores. 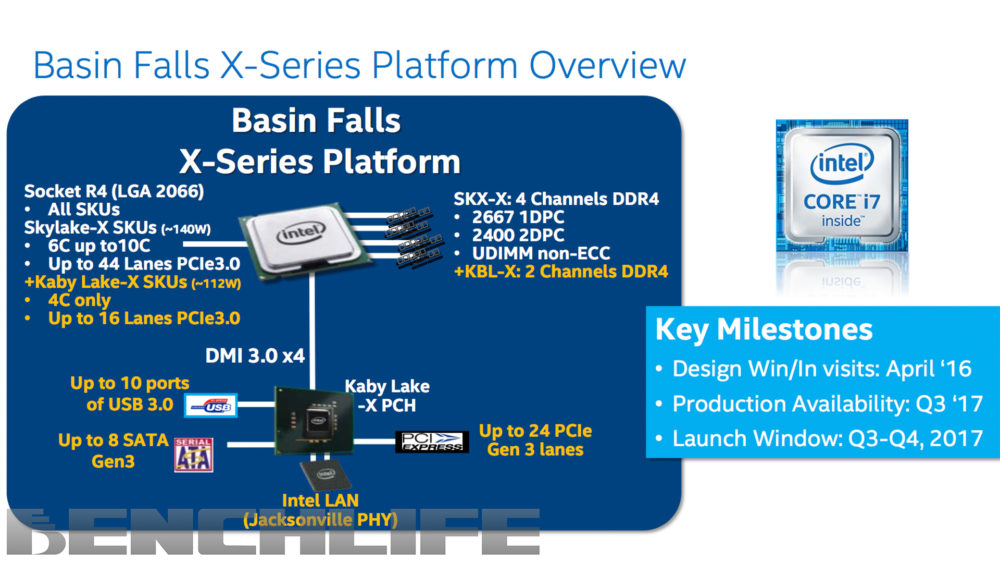 One could say that this change in Intel’s plans could be somehow related to the latest rumors regarding AMD’s HEDT platform, which is to offer up to 16-core processors, but so far AMD has not officially confirmed the existence of X399/X390 platform.