If you thought that AORUS Extreme Edition is the only AORUS card coming from Gigabyte, then you were mistaken.

Update: Gigabyte representative made a mistake, this model is not 1080 Ti but 1060.

AORUS brand is slowly replacing ‘Xtreme Gaming’ series. This new model has a new shroud with colors more common for G1 Gaming series. Judging from the length, this triple-fan model is clearly based on custom board. AORUS GTX 1060 is also equipped with full cover backplate, featuring copper back cooling plate, which is much smaller than AORUS Xtreme Edition’s. It appears that this model also lacks the so-called VR-Link.

Not much is known beyond that, but it seems that this card will also be available soon, as most custom designs are targeting next month as their launch date. 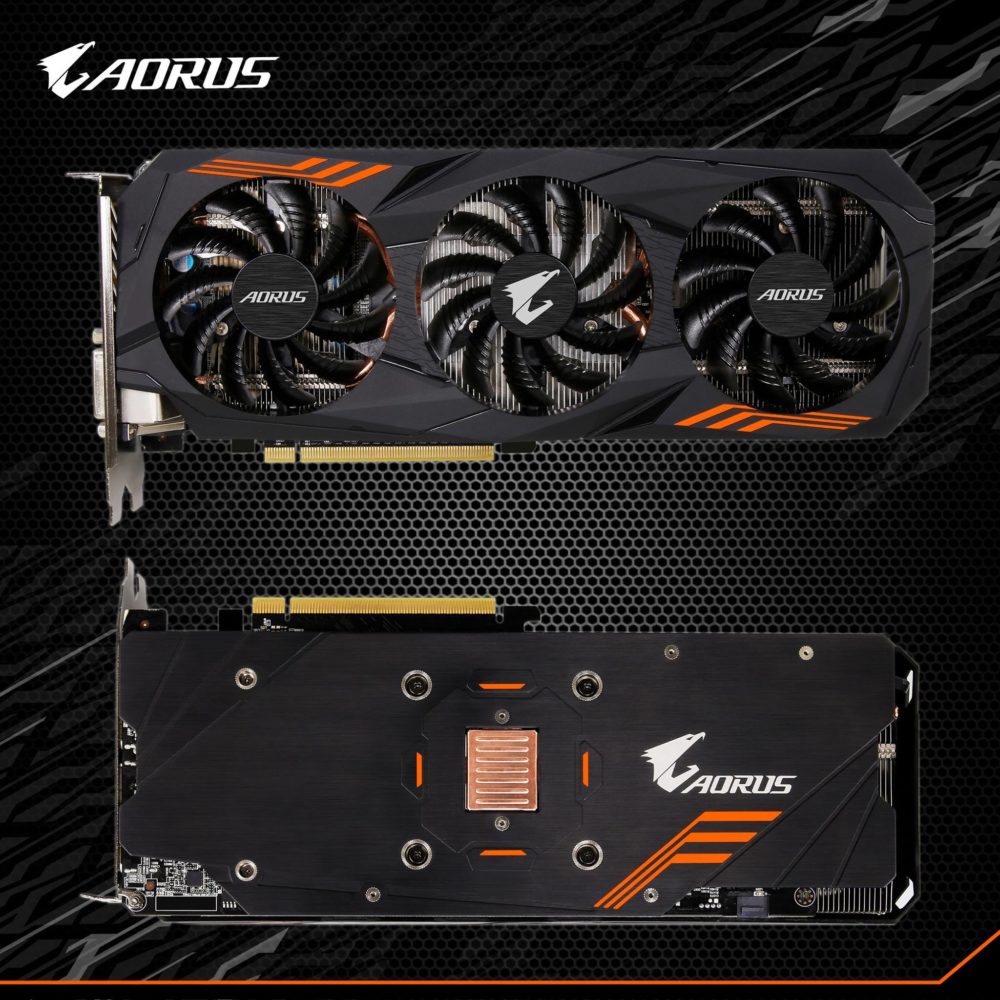