Here’s the first look at upcoming GTX 1080 Ti from Colorful.

Triple-fan, 3-slot design and the iGame logo can only mean one thing, a new card from Colorful. But this is not what makes this card so interesting. Why put LEDs when you can put an LCD display instead? Well, Colorful did just that. This might be the most interesting feature on a graphics card in years, but has science gone too far?

The LCD will display actual clock speed and a graph, which may be a load indicator (I will check on that, though). The picture below is just a render, but we can assume it has PCB with dual 8-pin power connectors. This model also ships with a backplate.

I was told by Colorful that iGame series should be ready next month, but no date was mentioned. 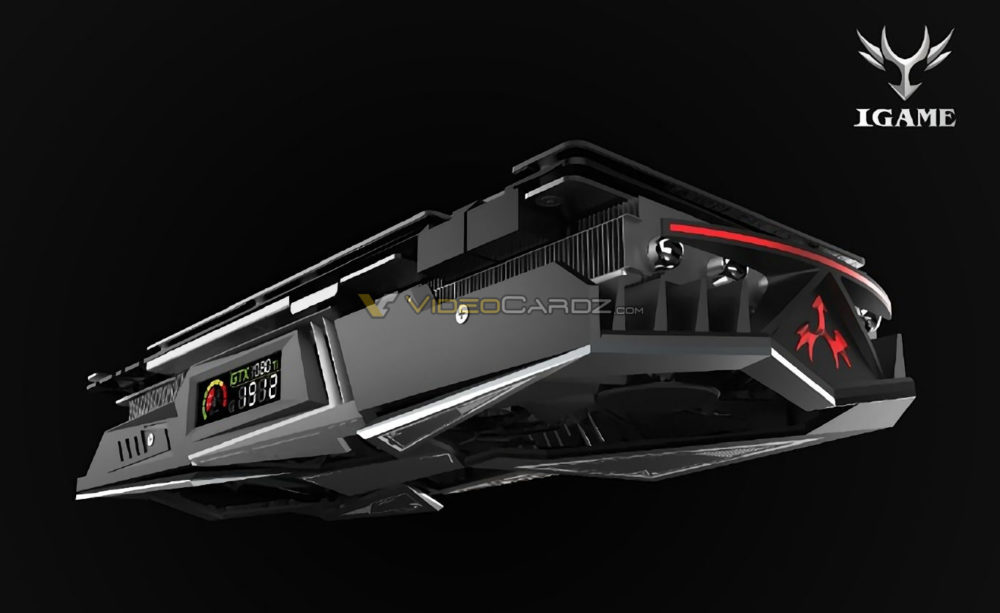