Guys over at Cowcotland had the chance to take a closer look at ASUS Strix.

I know there are many of you waiting for first custom 1080 Tis. In many ways, it’s a race for whichever card becomes available first. ASUS team seems to be confident in their design and their mid-March availability claim starts to look serious.

In fact, Cowcotland crew already had ASUS card in their hands. They do not mention if the card was a review sample, or they simply had access to it for a short period of time, but at least we have more pictures.

They mention that the card is big and heavy. It’s definitely wider than two slots and it’s 40% thicker than the previous model (1080?). Card measures 298 x 134 x 52.5 mm. It comes with a DVI port, so those with overclocked Korean monitors will really appreciate this feature.

At the back of the card, you can find two additional fan headers. Those can be used to control case fans with ASUS software according to GPU temperature (it’s really interesting feature).

Lastly, the card features full-custom PCB with two 8-pin power connectors. The website mentions 10+2 phase design, but no pictures of a naked board were taken.

In case you are interested, ASUS is also developing GTX 1080 Ti ROG POSEIDON (POSEIDON-GTX1080TI-P11G-GAMING), as revealed by cashback promotion. 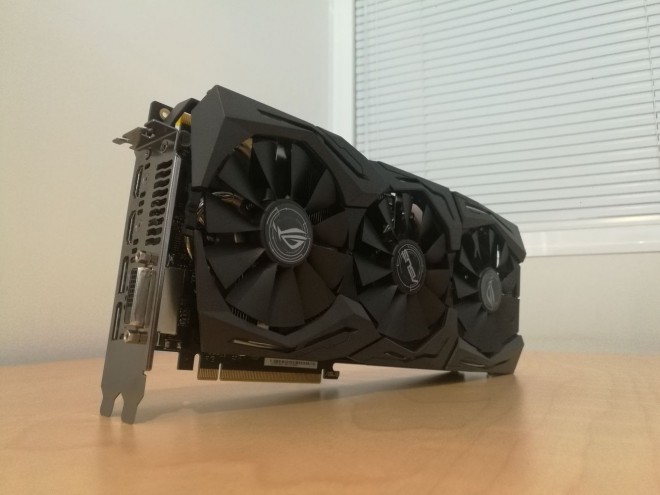 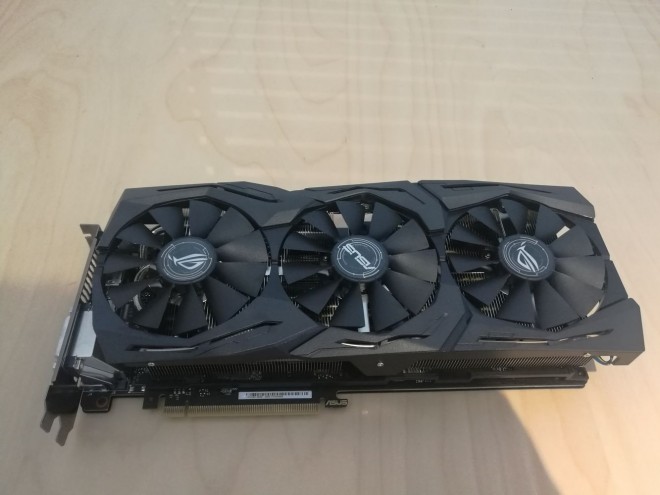 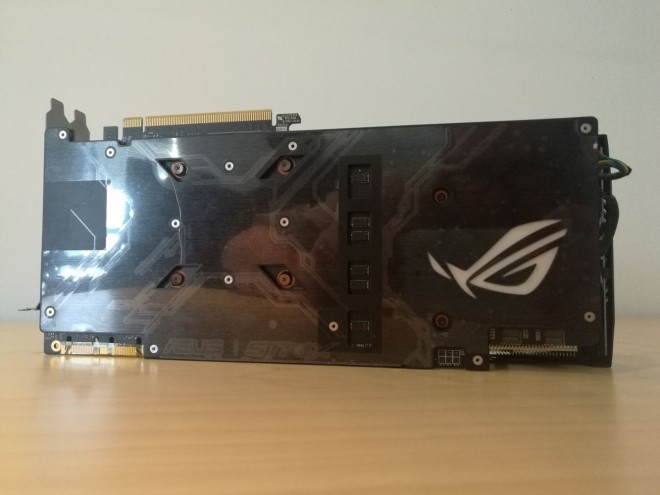 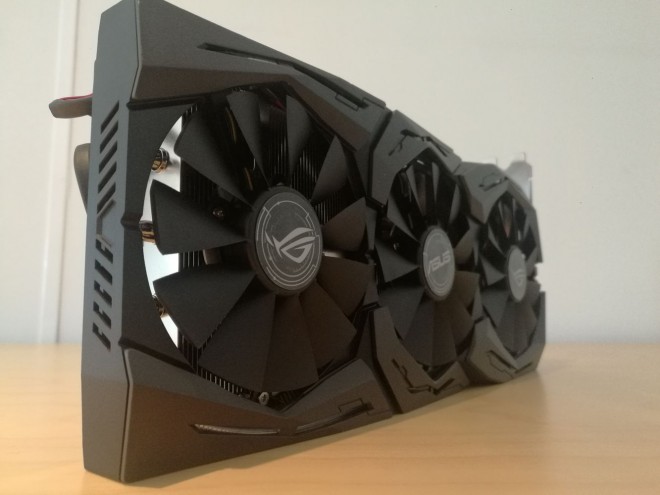 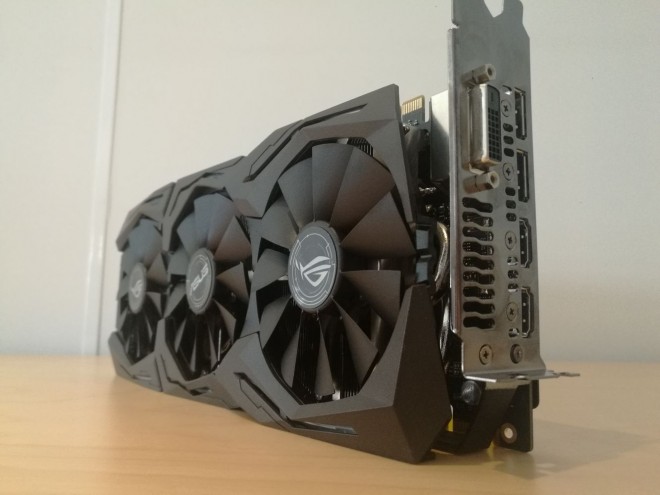 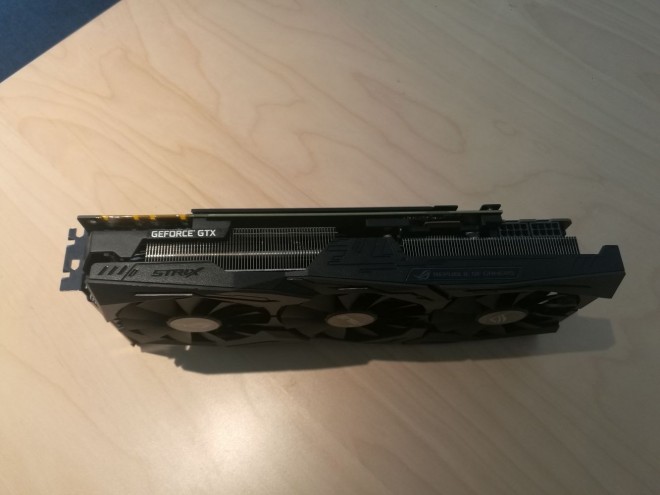 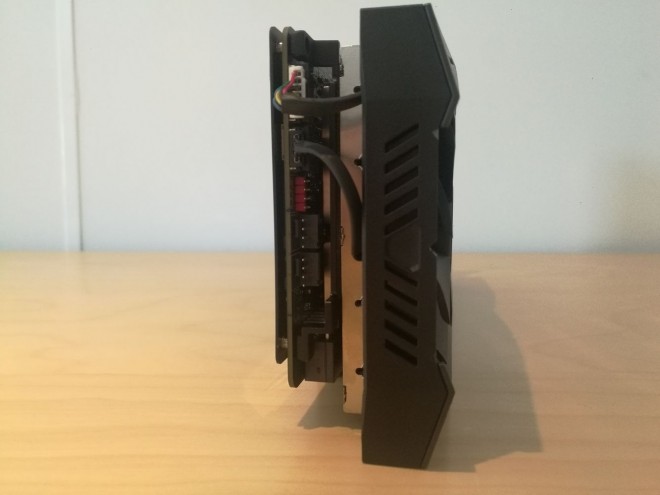