Gigabyte has released the first teaser of its upcoming GeForce GTX 1080 Ti. Visually, it appears to be identical to GTX 1080 AORUS. It would actually be surprising if such an efficient cooler required any changes for bigger Pascal.

So what to expect from AORUS GTX 1080 Ti? Bulky triple-slot and triple-fan Windforce cooler with customizable RGB lighting, the VR-Link, copper base plate, extended warranty and factory overclocking. In other words, this is probably the best and fastest GTX 1080 Ti Gigabyte is planning to offer.

Gigabyte has not confirmed when AORUS will be available, but of course, we will keep you updated. 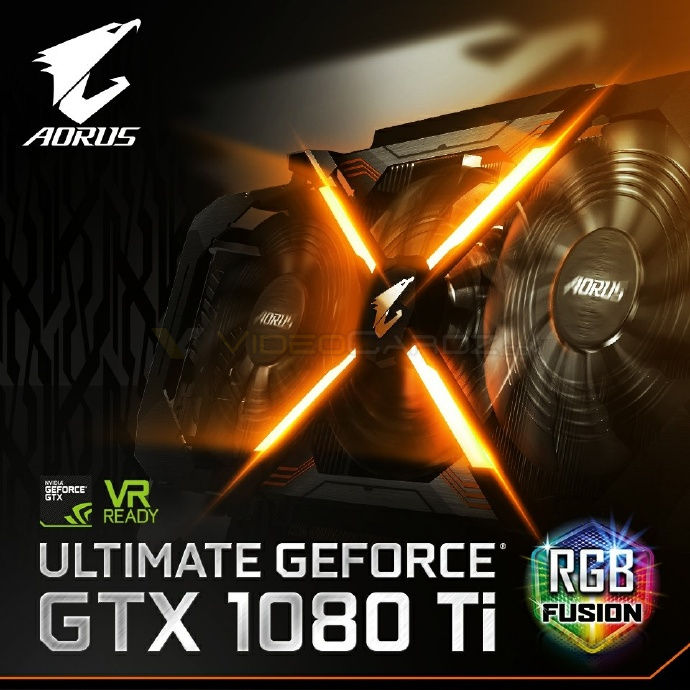