The world’s first custom GeForce GTX 1080 Ti has just been announced by ASUS.

The card on the left is equipped with ASUS budget-oriented blower type cooler. Cards from TURBO series are always equipped with boards based on reference design and ASUS in-house implementation of the reference cooling solution. We don’t know if TURBO is any better than Founders Edition, but both should cost the same, 699 USD.

Judging from the product code, we are looking at factory-overclocked model, although the clock speeds were not confirmed yet.

The new ROG Strix and ASUS Turbo GeForce GTX 1080 Ti have been announced! Will you upgrade your rig with this? 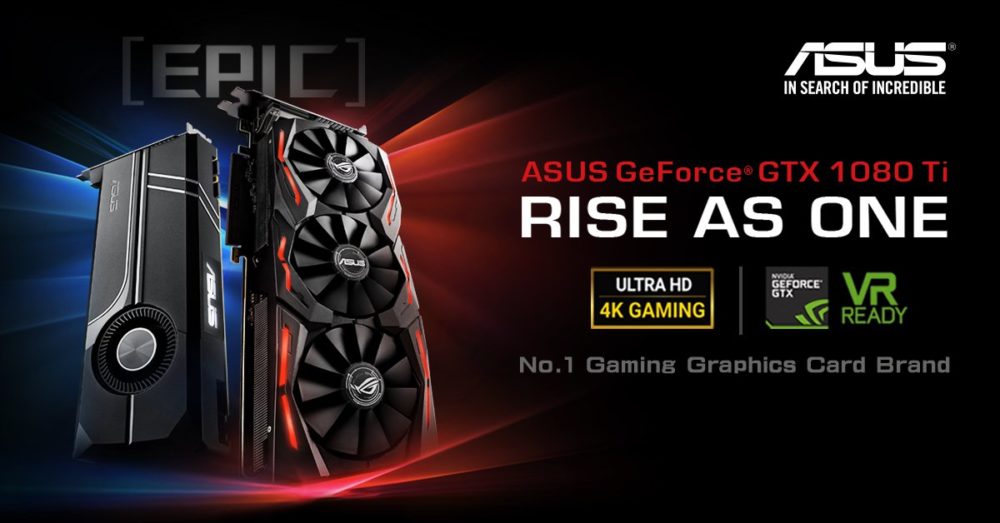