Just some slides passing by..

Take a close look at those charts. This is exactly what you will be seeing in tomorrow’s reviews. AMD Ryzen 7 is superior in many aspects, especially in synthetic benchmarks like 3DMark. However, it may not be just as good for gaming. Based on the reviews I saw, Ryzen 7 is doing great when Radeon GPU is used, but the gap between Ryzen and Kabylake/Broadwell-E increases when the system is equipped with GeForce graphics card. It’s too early draw any conclusions, but be aware that Kabylake is still competitive when gaming is considered. 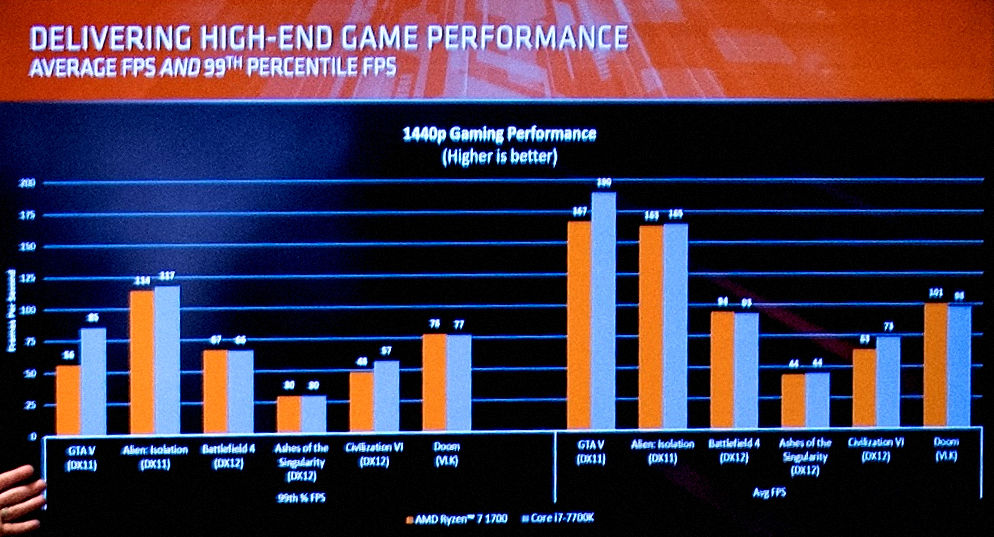 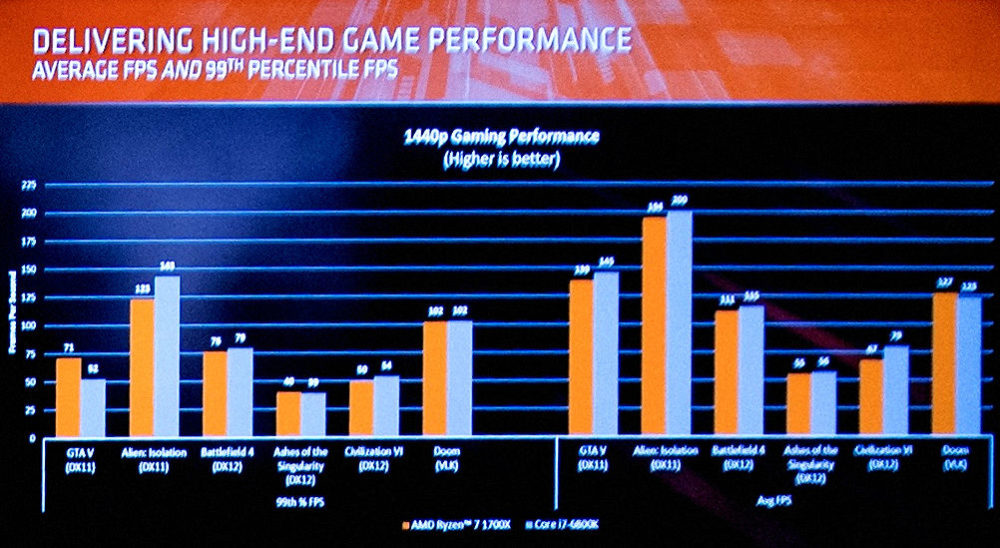