What we know about Vega

As you know Vega is coming. Apart from the few slides that AMD released, there’s not much to talk about. We have however learned some stuff over the past few days, that hopefully, you will find interesting.

First up, Radeon RX 500 series are said to include Polaris rebrands and new GPUs based on Vega architecture. It is also said that Radeon RX 580 and 570 might be rebranded straight from RX 400 series. This, however, was not decided yet, but AMD has different plans for RX 590+ series.

The biggest star of Radeon RX 500 series is not Vega 10. If everything goes as planned Vega 11 will be as popular as GTX 1070 is for NVIDIA. This sweet spot GPU will likely take the vacant spot of x90 series as RX 590. The most important information here is that Vega 11 will not replace Polaris 10. Both GPUs will coexist in Radeon RX 500 series lineup. It’s too early to talk about the specs, but it would make sense for Vega 11 to feature GDDR5(X).

Meanwhile, Vega 10 is likely to succeed Fury series with its new naming scheme. Whether that’s Fury Vega or Fury Maxx, we have no idea, because it was not decided yet. What we do know is that Vega will not be cheap (at least not as cheap as Polaris series). We were told it should cost between 599 to 699 USD, but yet again, no final decisions were made and I’m certain that upcoming launch of GTX 1080 Ti will be a huge factor for this decision.

Ok let’s end this post with a bang, here’s a picture of Vega10 8+6-pin power connectors. Sorry for the quality, as it turns out, it’s hard to take pictures when security is chasing you. 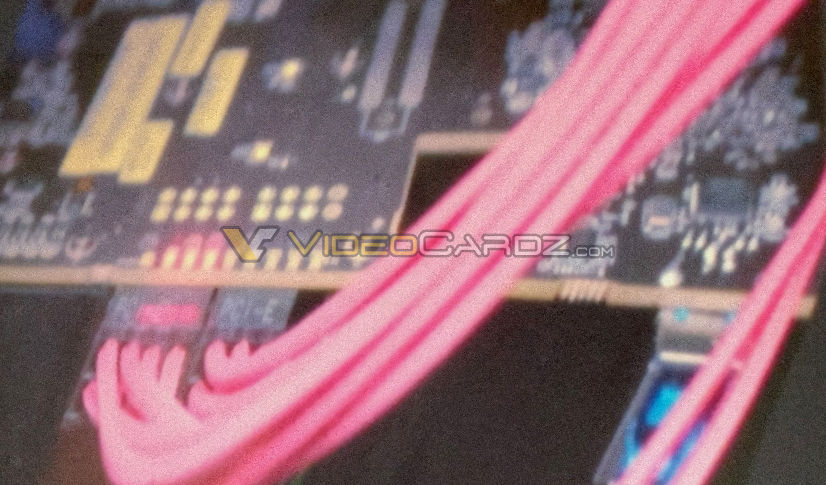 One more thing, Radeon RX 500 series are said to launch in May..