I decided to make one post (rather than 10) which includes the most interesting rumors and leaks that surfaced in the last 3 days.

Is this the box with Ryzen CPU review samples?

Raja Koduri tweeted, what appears to be, a review kit of Ryzen CPU. Those kits are likely to be given to reviewers at Ryzen Tech Day, which happens somewhere next week. Each reviewer will also receive motherboards from MSI, Gigabyte and ASUS. You might have seen some previews or leaks with Ryzen motherboard unboxing, that’s because the NDA for this stuff is simply.. confusing. While Ryzen CPU seeding depends solely on AMD’s decision, handling motherboard sample seeding by AMD is just something hard to comprehend. 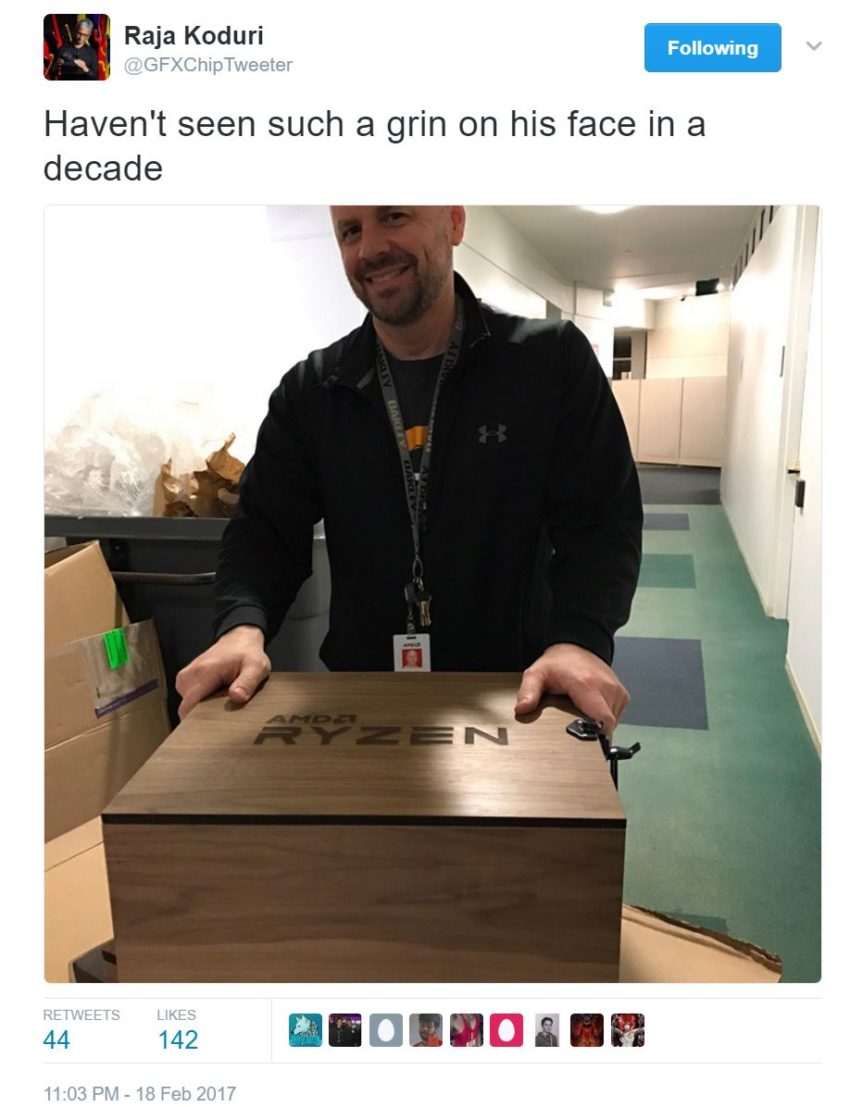 Guys from CPUID announced that CPU-Z 1.78.3 now supports Ryzen CPUs. There’s no changelog, no clock speeds or core counts, there is, however, some stuff found by Redditors in the executable file.

Code disassembly revealed precoded Ryzen CPU name strings. This is how software will display the name of your future Ryzen CPUs: 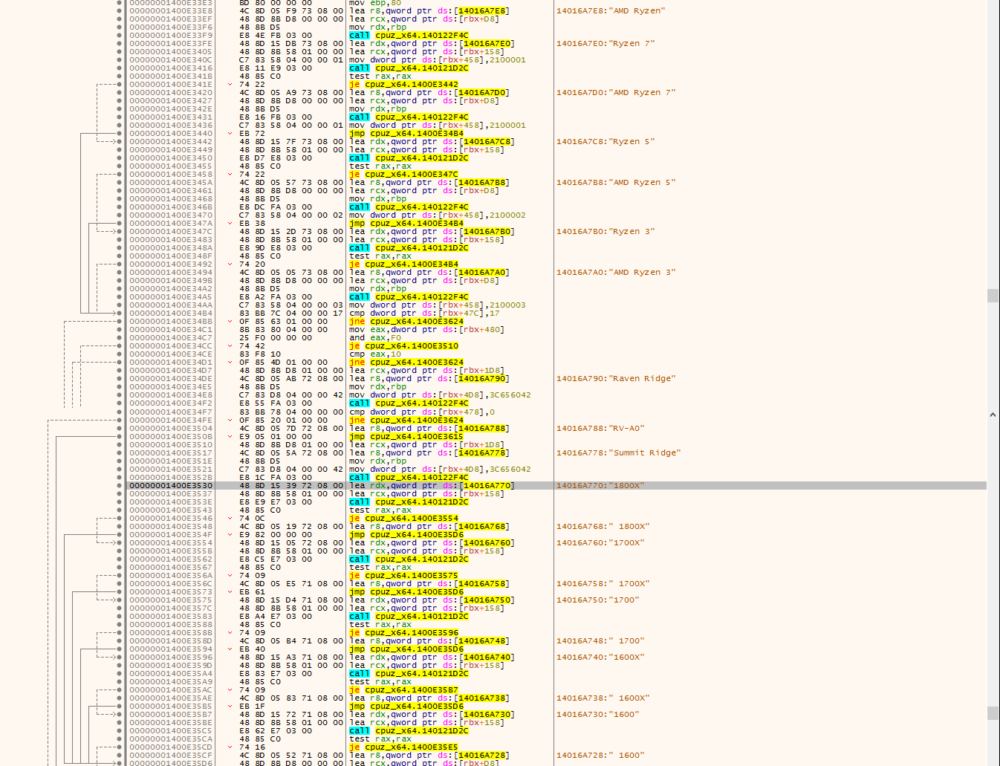 Speaking of confusing NDAs. While some reviewers can’t say anything, some can do unboxings:

Centralpoint is back with new leaks. First, they leaked CPU prices, and now they leaked whole ASRock Ryzen motherboard pricing. The 260 EUR for ASRock X370 Killer SLI sounds reasonable, but I think 470 EUR for X370 Professional Gaming may be a bit too high. 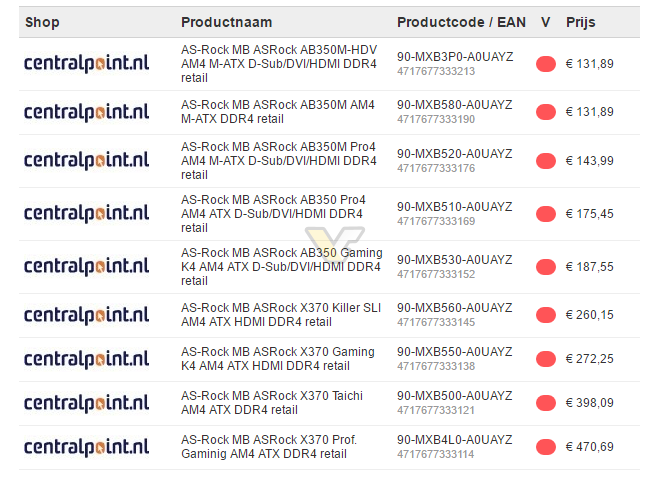 Across the pond, we have prices from ShopBLT. The pricing is for MSI and ASUS motherboards. Currently, the most high-end model from ASUS (ROG Crosshair Vi Hero) is priced at 245 USD, while MSI’s X370 Xpower Gaming is priced at 293 USD.

Many thanks to Job Csete for the tip!

CyperpowerPC has four new gaming PCs in the making. New computers are called Gamer Master and they are equipped with Ryzen 7 1700X and Ryzen 7 1700. Sadly, product names were cut right where GPU names started. 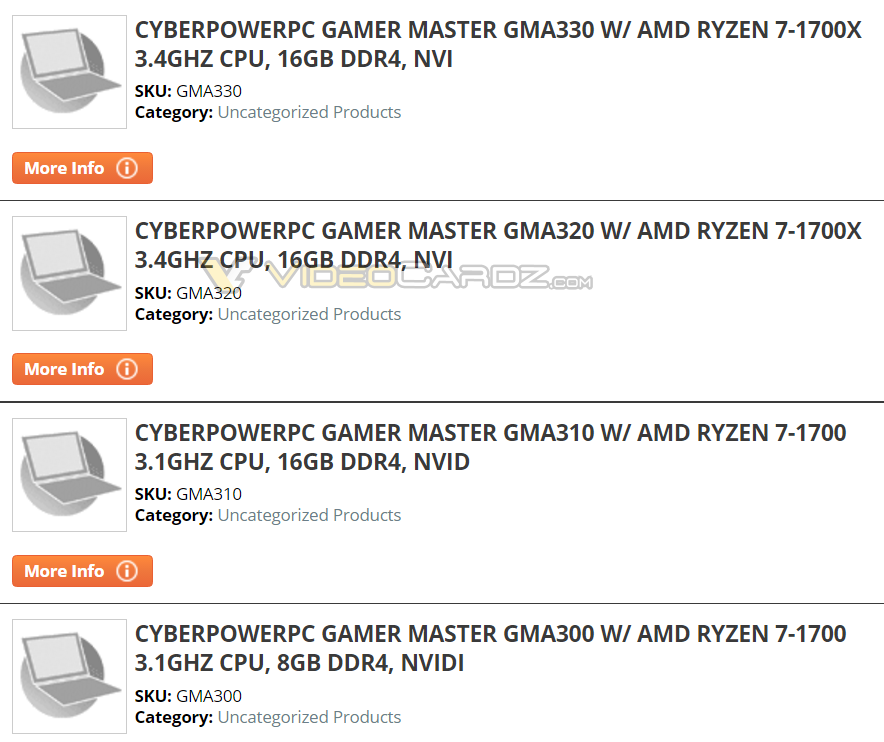