Just yesterday we reported on ASRock X370 Killer SLI/ac and AB350 Gaming K4. Today we share another four boards from ASROCK, but this time all based on X370 chipset.

The first motherboard has two PCI-Express 3.0 x16 slots, two PCI-E x1 and two M.2 interfaces. This motherboard is part of Fatal1ty series, and there are a lot more to come.. 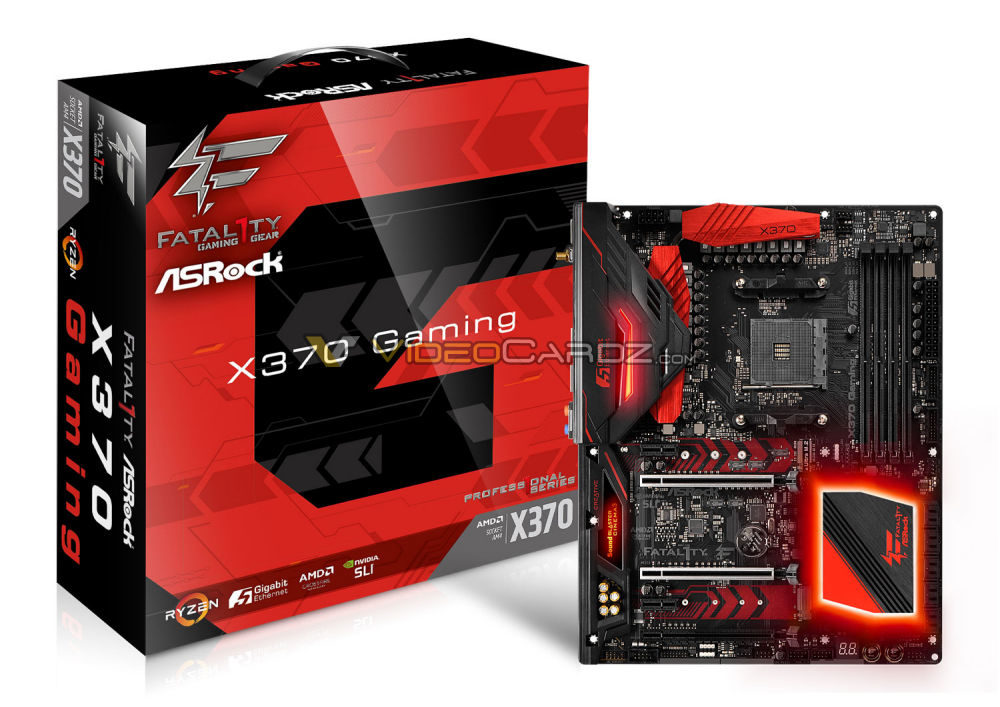 .. like Gaming K4. This model is more budget-friendly. At first, it may be hard to notice the difference between Professional Gaming and Gaming K4, but if you look closely at the power section, then you will notice it’s clearly less advanced. Apart from that, like all X370 motherboards from ASRock, it features two PCIE x16 slots and two M.2 slots. 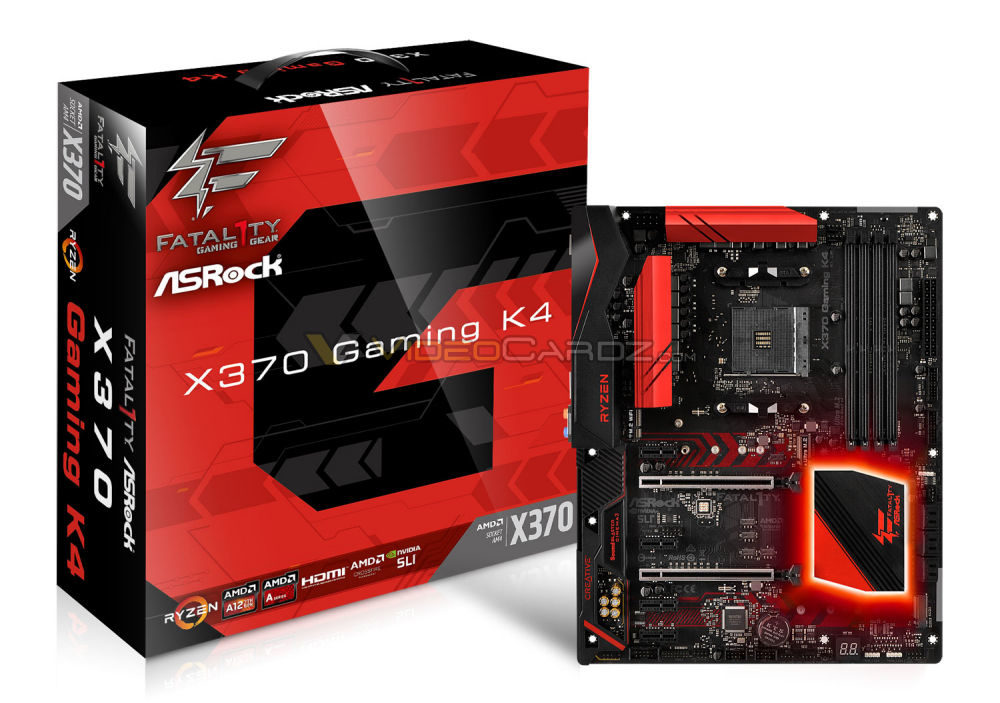 As predicted yesterday, ASRock has another Killer SLI board, but without the wireless network adapter. This model has two reinforced PCI-E 3.0 x16 slots and two connectors for M.2 drives. In case you didn’t notice, this motherboard is almost identical to Gaming K4, except black and red scheme was replaced with black and white. 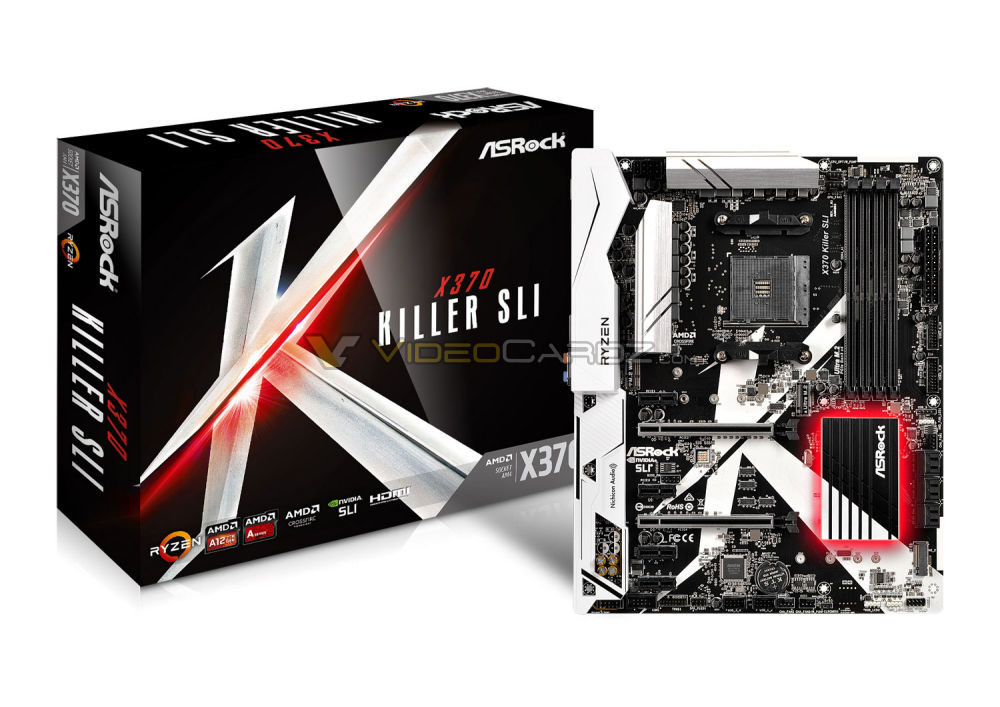 We finally have the picture of X370 Taichi packaging. It appears that Taichi has the same power section as X370 Gaming, but I/O shield is smaller. This motherboard is more advanced than Killer series, as it features more power phases around the CPU and more capacitors for an integrated audio chipset. 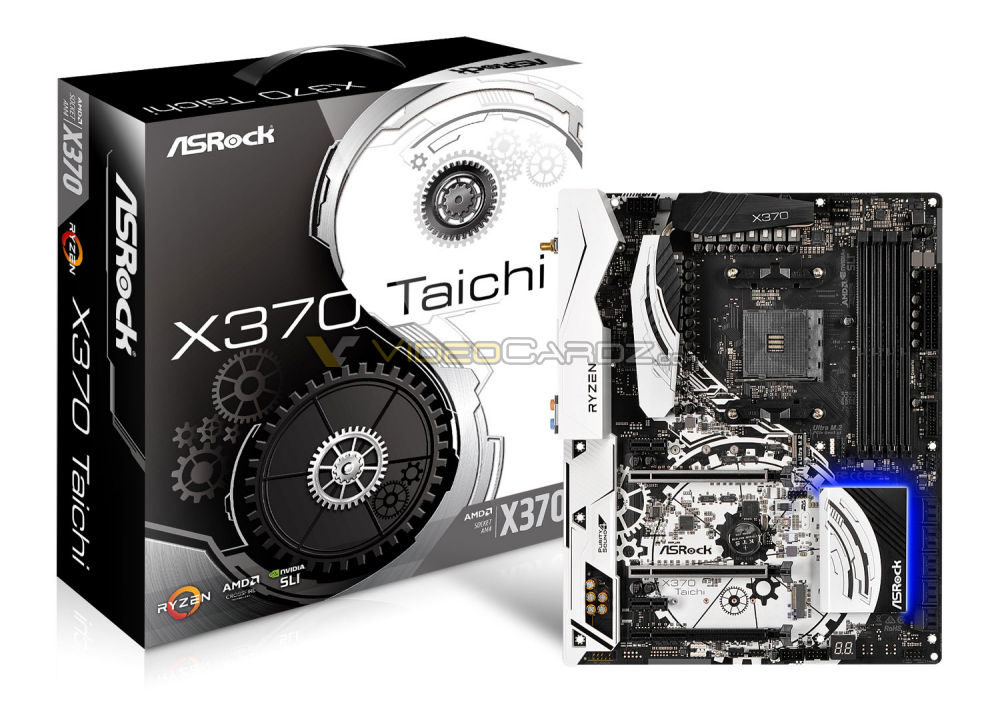