The list of upcoming Ryzen processors has been leaked (again?), but this time with more technical details.

AMD Ryzen CPUs are either 95W or 65W TDP

Probably the most interesting part of this leak is the existence of two TDP levels for the whole stack of Ryzen CPUs. No matter if we take Ryzen 3 1100 or Ryzen 7 1700, both will have a TDP at 65W. However, it’s important to note that TDP does not stand for power consumption, as TDP stands for Thermal Design Power.

Three processors: Ryzen 7 1800X, Ryzen 7 1700X and Ryzen 5 1600X will not only have 95W TDP by specs, but also a special kind of cooler as a requirement (HS81). According to the leaked datasheet, this cooler will ensure that the temperature will not exceed 60C (in most cases). This, as a result, should increase the overclocking potential thanks to new technology called Extended Frequency Range (XFR), which basically allows clock speeds to scale with cooling solutions, without a requirement of user intervention. What we don’t know is whether this technology will be enabled just for the SKUs with the “X”, or for other models as well.

Furthermore, if this list is not fake, then it would also confirm that there is no Ryzen 7 1800 non-X, as suggested by the first leak. Instead, we notice that there are quite a few PRO variants of Ryzen chips. Those are most likely business oriented processors for professionals, such as content creators. 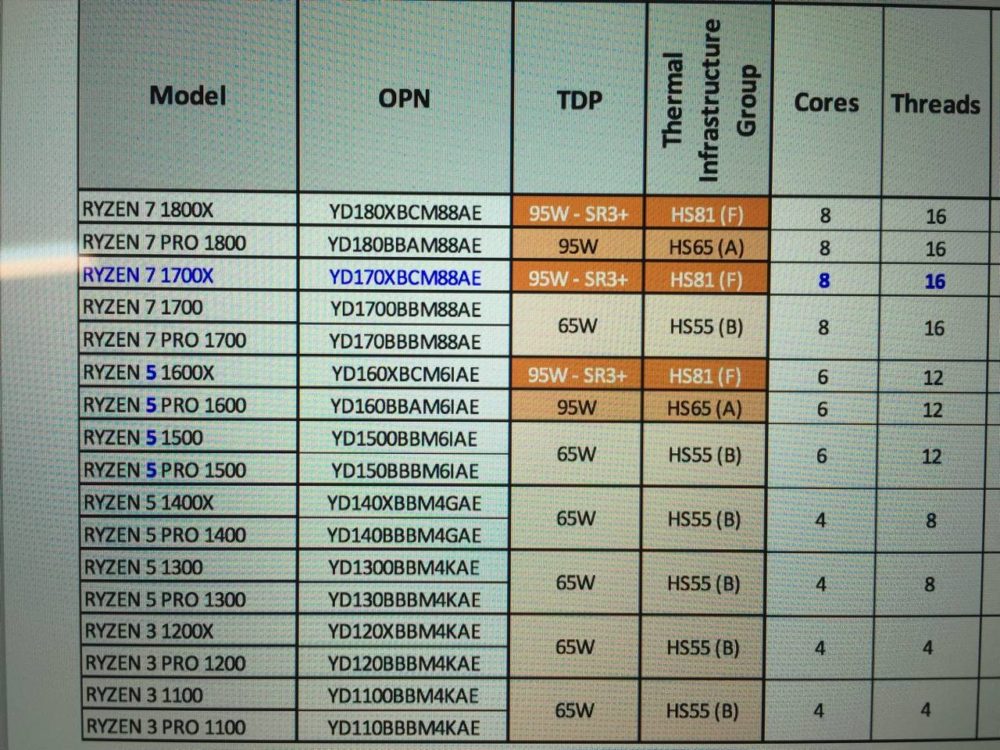 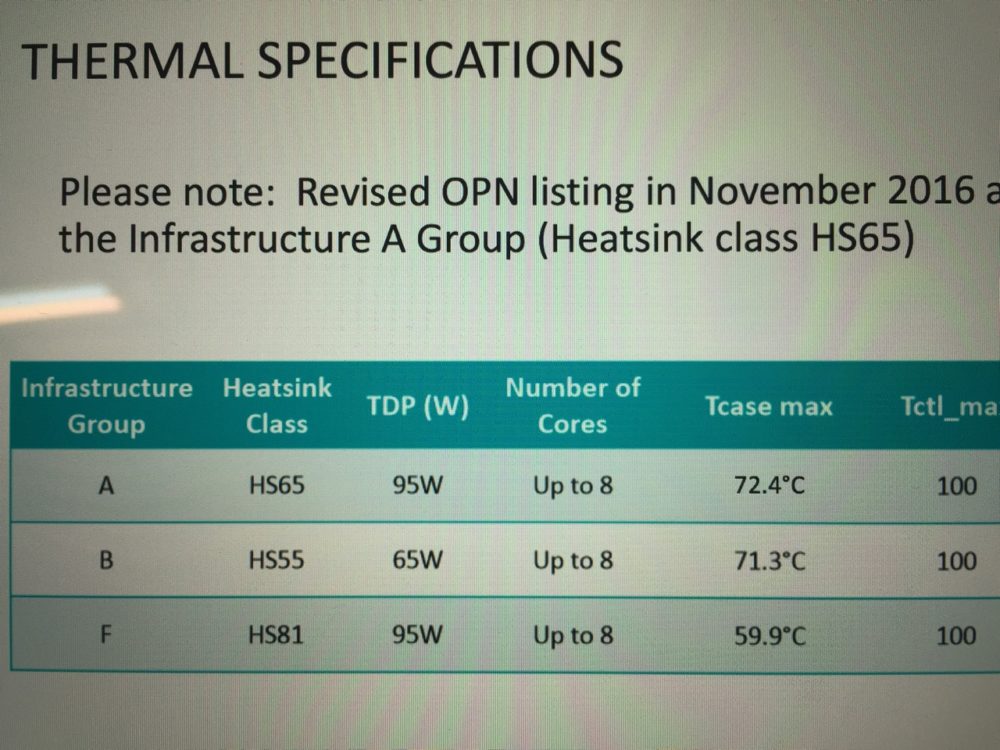 One more thing, I reached out to HWBattle to confirm if the picture below is real. They told me it was rendered by a member of HWBattle community. So to clarify, it was not made by AMD.