Let’s start with Sapphire, who released a brand new Radeon RX 470D (Chinese exclusive model). This card is designed in Mini-ITX form factor. The official specs are not really detailed, but we learn that Platinum OC has a boost clock of 1216 MHz and 4GB on board.

We also have official pictures of EVGA’s FTW2 and SuperClocked2 graphics cards. No clock speeds were confirmed yet, but we will add them as soon as new ICX based cards are released. In the meantime, check this post for more details about the ICX technology.

I recently visited Colorful website to check if they added any new cards. To my surprise they added quite a few of GTX 1080 and 1070s, however they are not really new, as most are just downclocked variants of already existing cards (in this case clocked at NVIDIA’s reference speed):

When it comes to models equipped with ‘Silver Shark’ cooling solution, there are 4 variants already. The first one we saw was the SNAKE. Then Colorful announced Advanced Limited (which is clocked higher than non-Limited). So these two cards are the latest additions:

Finally, the first passively-cooled GTX 1050 Ti from PALIT. This model is called KalmX and it features massive triple-slot heatsink. The clock speeds were not changed though. 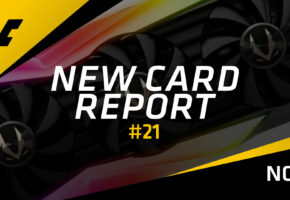