Intel promises more than 15% better performance for Intel i7-8000

While the battle for high-performance CPU crown has not even begun yet, Intel shares first performance estimates for upcoming Intel 8th generation series.

During its annual investors day, Intel shed some light on upcoming Cannonlake architecture. The company promises over 15 percent better performance compared to Kabylake. While no exact numbers were shared, it was told that they are based on SysMark benchmark.

More importantly, Intel Cannonlake is currently expected to ship in the second half of 2017. This probably means entry-level parts with faster CPUs coming at a later date.

It’s also worth noting that the slide below is clearly comparing i7 series, a direct competitor to AMD Ryzen, which is expected to launch later this month. 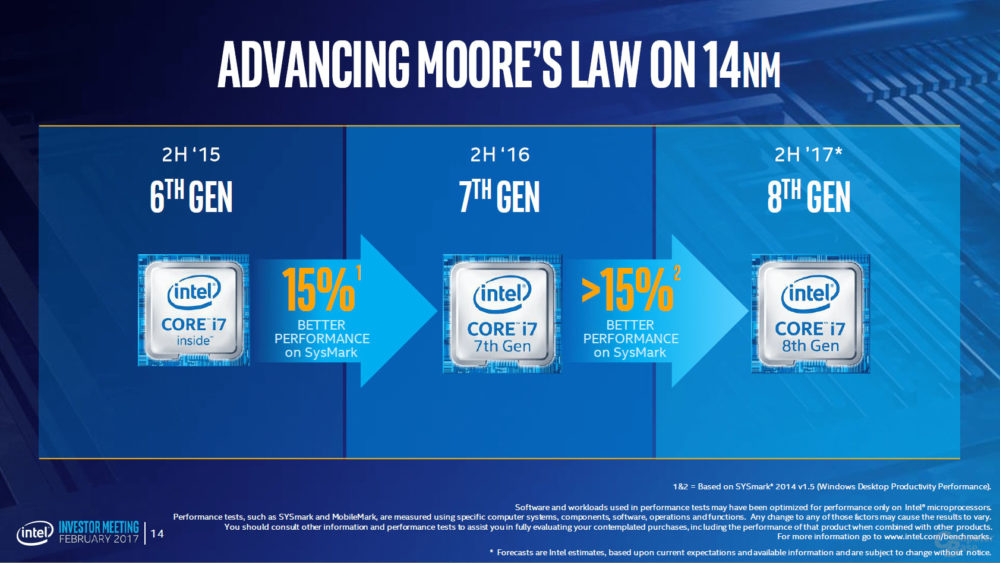