As you can see, this model is based on GeForce GTX 1080. It’s possible that a similar design will be offered for new cards that should be released in the coming months (like GTX 1080 Ti or Radeon Vega), but that may take a while.

But let’s focus on the new card. We have already told you that this model is basically slightly modified XTREME GAMING. Both cards look just alike, except for a color change and cosmetic differences on the back. The cooler looks identical, it has two heat sinks with a large copper base plate covering RAM and GPU. The cooling solution features three 100 cm fans, with one pushed slightly to the back.

The Aorus Xtreme Edition is clocked at the same speed as Xtreme Gaming Waterforce, which is 1784/1936 MHz for base and boost respectively (OC Mode). The memory is clocked at 1300 MHz (10400 MHz effective).

Just like Xtreme Gaming it features VR Link with two additional HDMI ports on the side. There are in total three RGB LED illuminated AORUS logos on this card. The card is powered by two 8-pin power connectors.

It’s yet unknown when AORUX GTX 1080 Xtreme Edition will go on sale, but I’m sure it won’t be cheap. 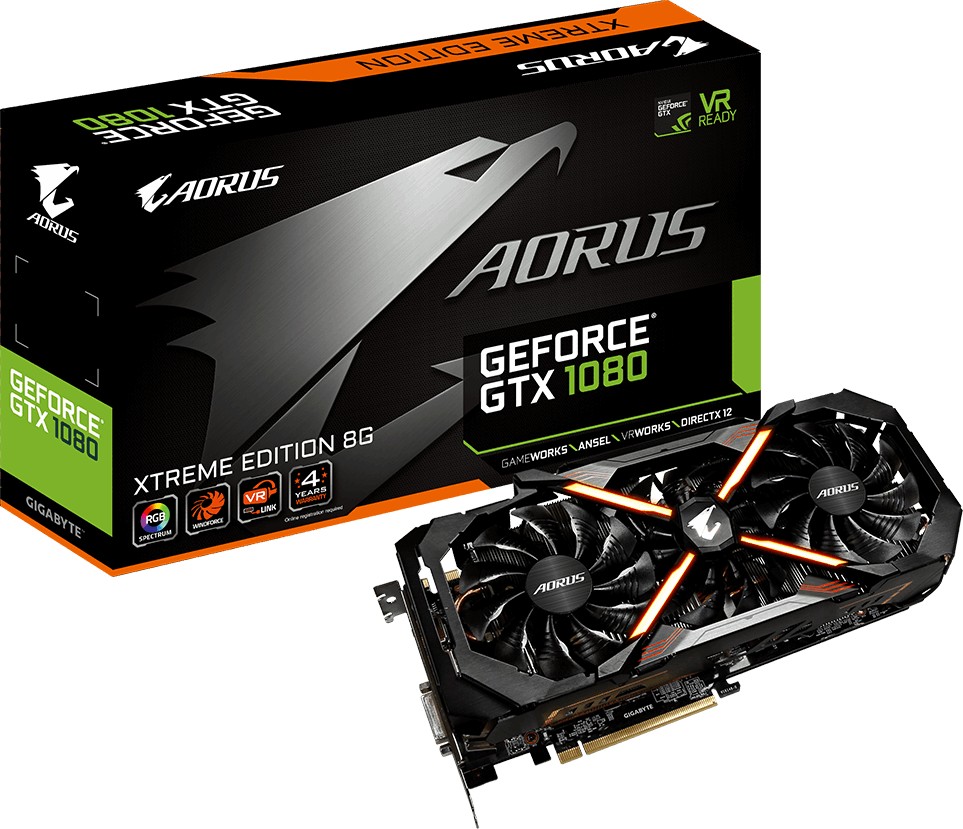 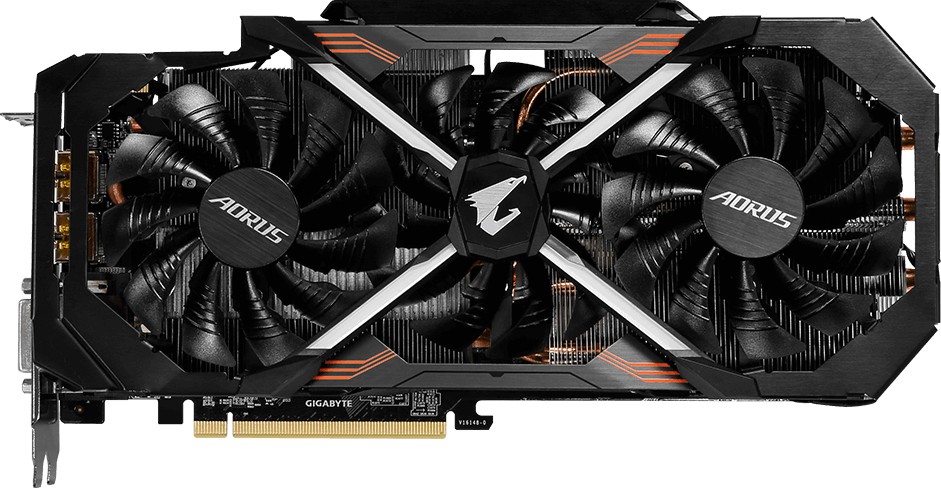 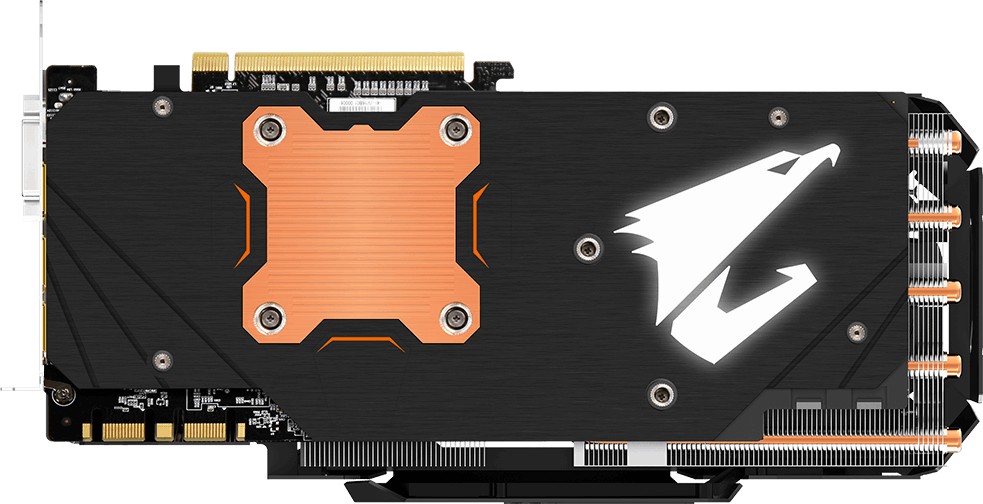 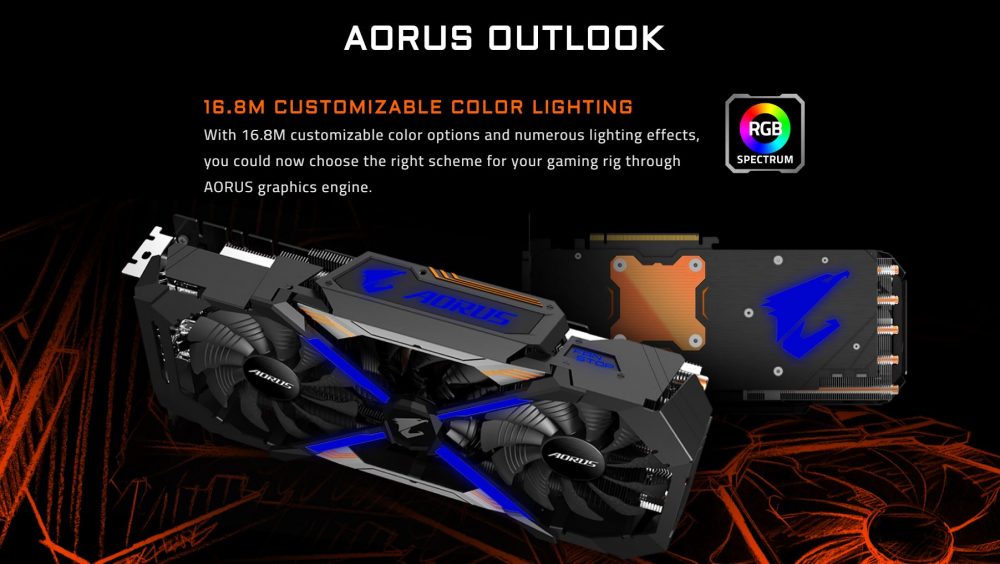