This word cloud was available at official AMD ve.ga website: 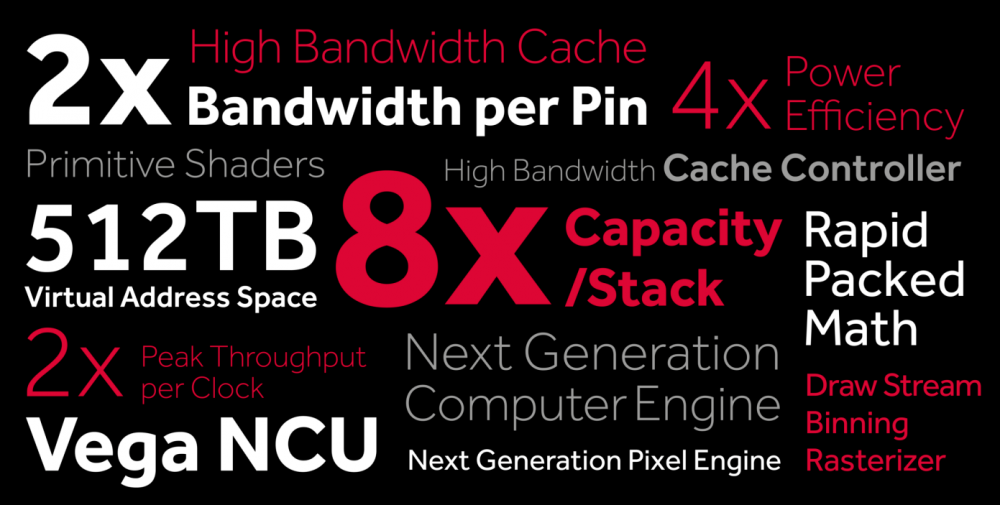 This buzzword cloud reveals that VEGA has 2x peak throughput per clock and 4x higher power efficiency. What we don’t know is what was compared to VEGA.

So as you can see, there’s are still a lot of questions. We heard that AMD will showcase new VEGA pipeline architecture in just 3 days, so seeing those words being somehow related to the event is not really surprising to us.