What is so special about this review ? Is it the fact that professional graphics cards are not very popular among reviewers, or is it the fact that they were compared with NVIDIA TITAN X Pascal in gaming benchmarks? I guess that would be both.

NVIDIA Quadro P6000, the most powerful graphics card that is currently being offered by NVIDIA (apart from Tesla P100, which is not exactly a graphics card), was put through several gaming benchmarks.

As you might know, Quadro P6000 is the only GP102-based graphics card which has all CUDA cores enabled. Even TITAN X Pascal only has 3584 cores. What you may find surprising is that despite different purpose of this card, it still performs better than TITAN X in games.

Starting with Time Spy, we get 8698 overall points with Quadro compared to 8175 of TITAN X. 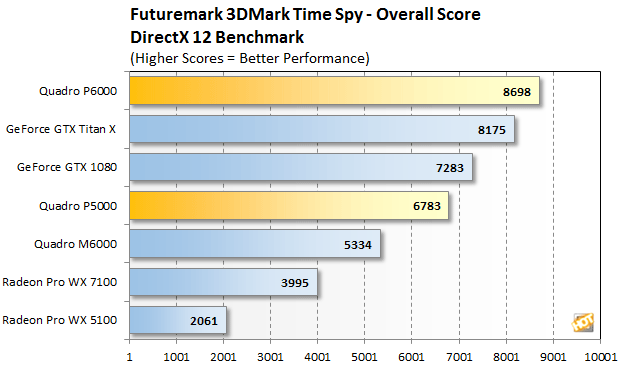 The following chart shows an average difference of 10 FPS between Quadro P6000 and TITAN X Pascal. The minimum values are far better for Quadro P6000 (14 FPS vs 6 FPS), but I doubt those values are representing the so-called 99th percentile. 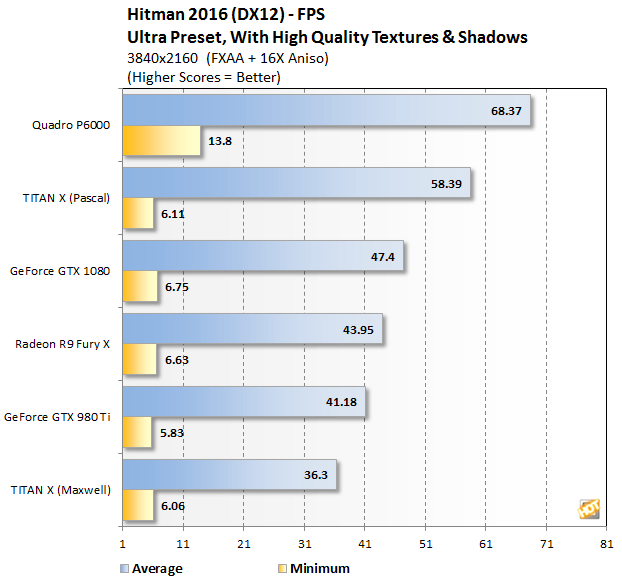 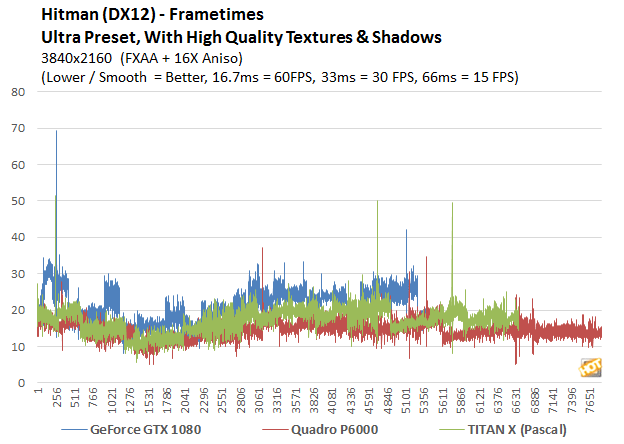 The only thing that should stop you from buying Quadro P6000 is the price. It’s four times more expensive than already expensive TITAN X. No sane person should even consider such GPU for gaming, yet it still was an interesting comparison. Especially when it’s very unlikely we will be seeing fully unlocked GP102 GPU in GeForce anytime soon.

Side note: I’m experimenting with new specification charts, like the one above. Do you find this way of presenting data easier to read?