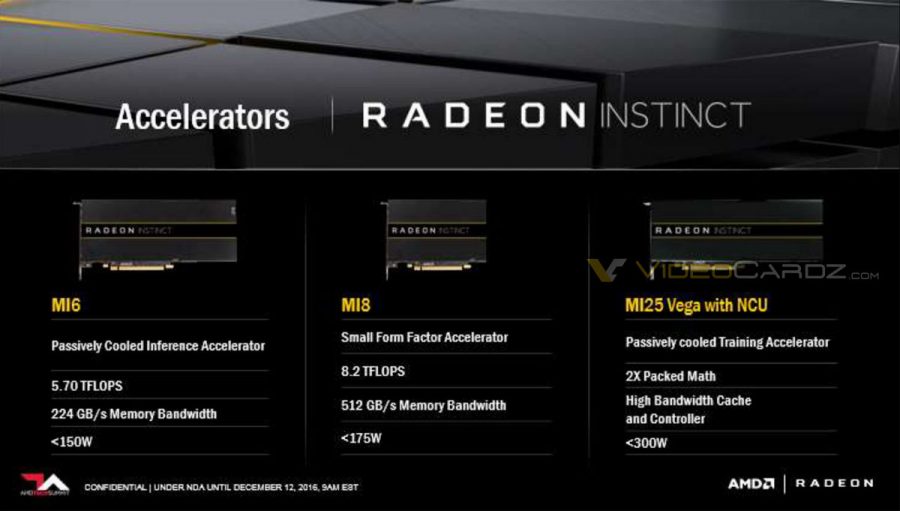 But first things first. What does this name even mean? If you look closely those MI numbers are equal to computing power (5.7 TFLOPs = 6, 8.2 TFLOPs = 8). But wait, there’s a catch! MI25 does not have 25 TFLOPs of FP32 computing power. MI25’s value comes from FP16 calculations. So it means that the card has 12.5 TFLOPs in 32-bit operations.

In other words, it’s 50% more than FIJI. That said, it appears that our post from September was very close to those estimations (with 24 TFLOPs in 16-bit operations). However, we do not know the clock speed this card is running, so we also don’t know how many cores it really has.

But since you are at VideoCardz, you probably expect at least an estimation, so here it is. I think it’s unlikely that VEGA would run at 1000 MHz, but lower clocks for professional GPUs are not that surprising. Well, I guess we will have to wait for official confirmation.

It’s also worth adding that INSTINCT MI25 is passively cooled card with Typical Board Power under 300W.

One more thing, those cards are not technically graphics cards, but accelerators. In fact they don’t even have any display outputs. In other words, Radeon Instinct is AMD’s response to NVIDIA TESLA, pure computing-oriented accelerator.

As for MI8 and MI6. The MI8 is quite possibly what we told you about a few months ago (S9 Nano), so this card is based on Fiji. Whereas the MI6 is based on Polaris 10.

According to this chart, MI25 is almost 2 times faster than TITAN X Maxwell in DeepBench GEMM operations. 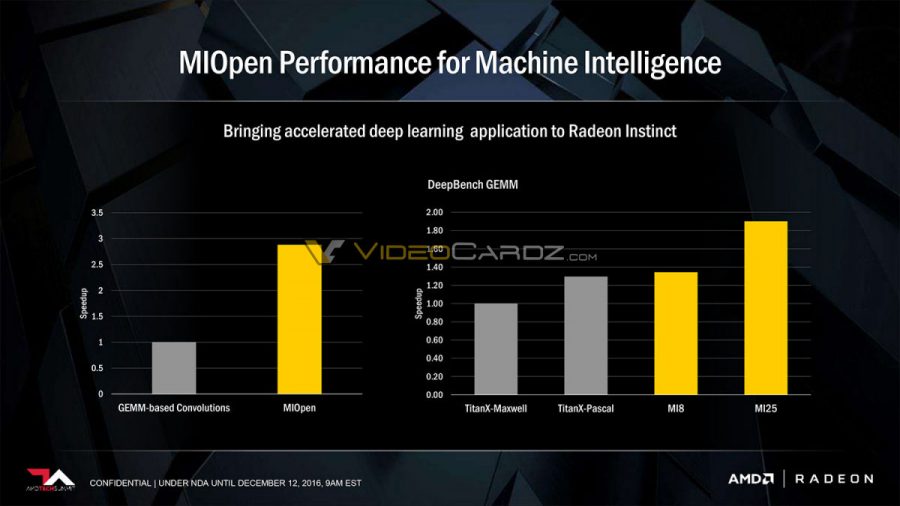 Some other slides you may find interesting: 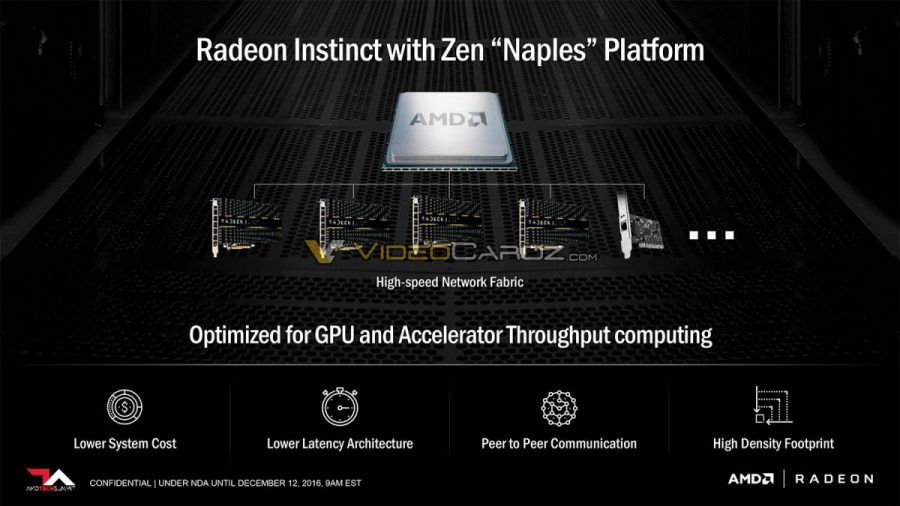 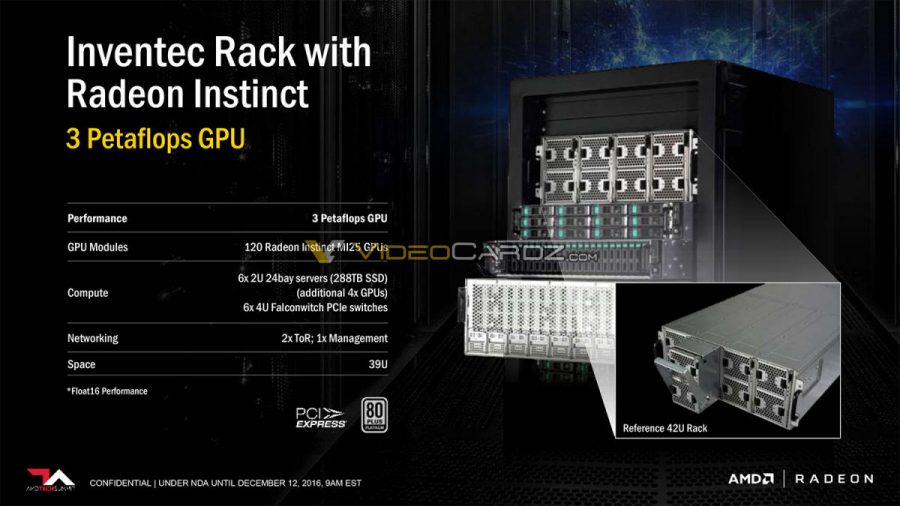 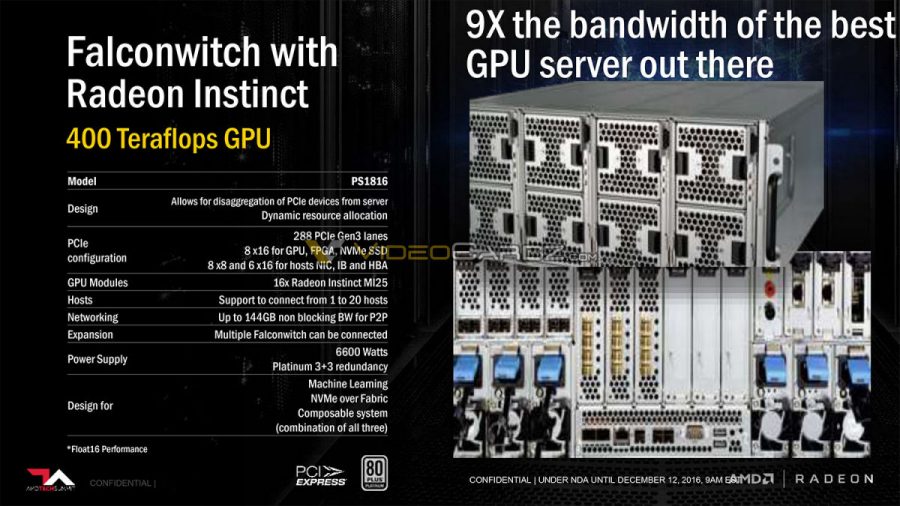 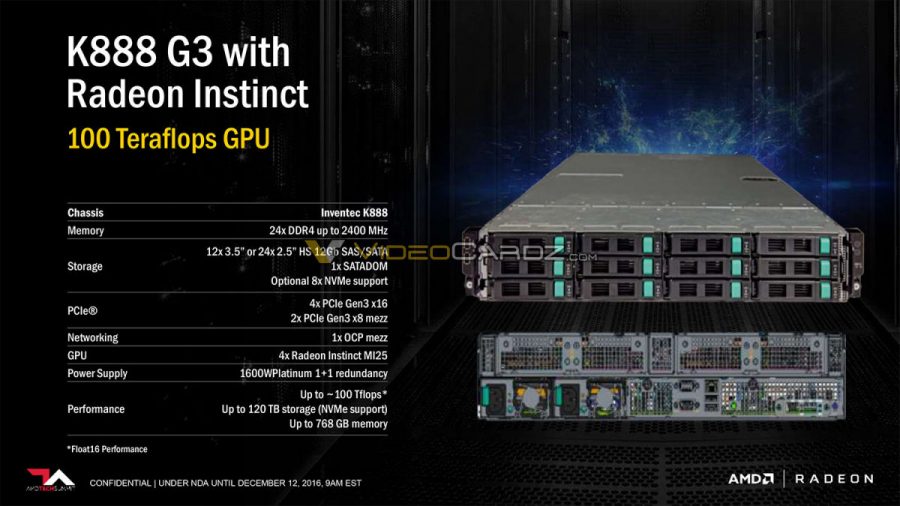 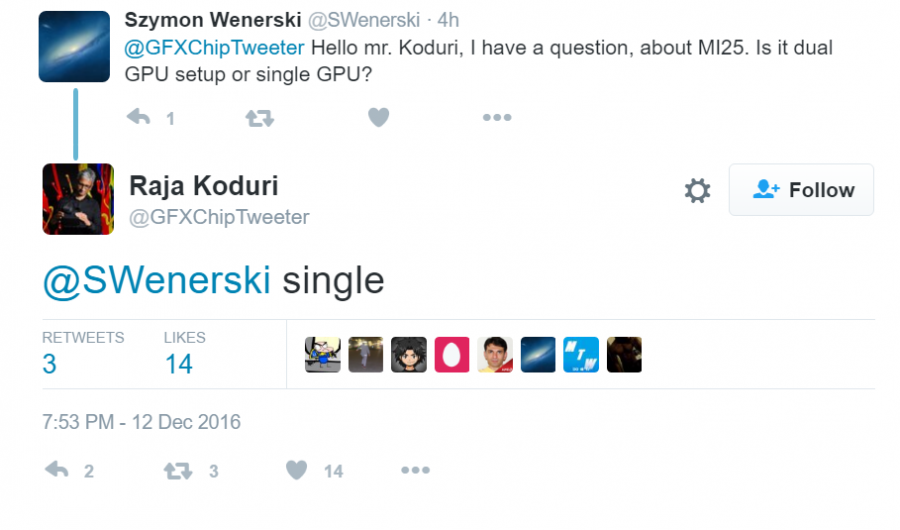