According to the latest leak, Polaris architecture has not said the last word yet, as we expect two more graphics processor based on this architecture.

This is the output from a HEX viewer. The file is a controller for MacOS Sierra driver, which supposedly contains information about new, yet unreleased, processors. The file revealed that AMD is working on revised Polaris 10 chip, supposedly named Polaris 10 XT2 and also Polaris12, which was not a subject of any rumor so far. One of those could be the mysterious 687F device we saw just a few days ago.

As you can see Polaris 11, Polaris 10, Polaris 12, Polaris 10 XT2 are all listed separately. It means that each one of those is different in some way. What’s also interesting is the appearance of Vega 10, which suggest that Vega10 is being worked on simultaneously.

One of the theories that I have is that AMD would use Vega 10 as a new high-end part that would replace Radeon Fury series, whereas reworked, redesigned chips aka Polaris 12 and Polaris 10 XT2 would replace Polaris 11 and 10 respectively. This means AMD would have a brand new lineup for Radeon 500 series.

Another possibility is that both of those Polaris chips are exclusive to Apple devices, but that seems unlikely. 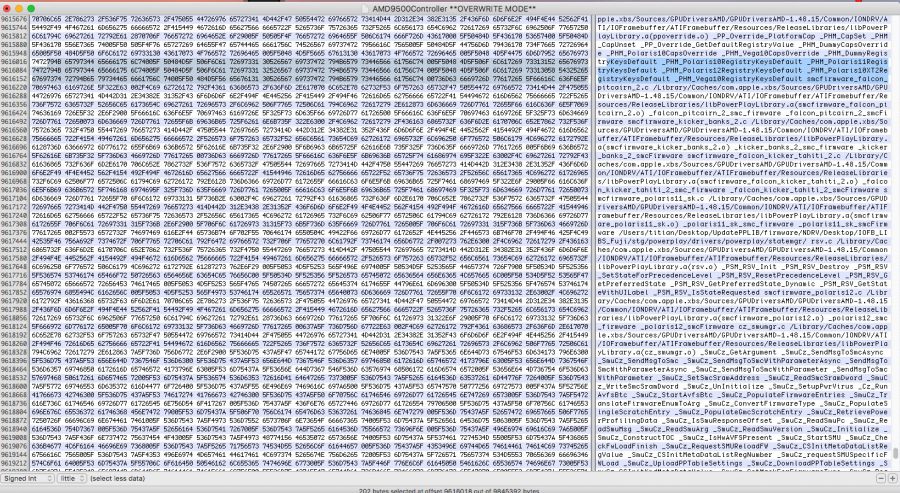 Many thanks to Ki Mun for the tip!