Just four days ago we told you Civilization 6 will be offered for free with Radeon RX 480. That promotion went live today, by the way.

And just 4 days later we have news about another promotion, but this from NVIDIA. Those who buy GeForce GTX 1080 and GTX 1070 graphics cards, notebooks or desktops equipped with those cards, will receive a free copy of Watch Dogs 2. This is actually not surprising move from NVIDIA. Two years ago NVIDIA gave away free copies of original Watch Dogs (interestingly even for 760/660 series).

The new promotion will start soon (probably this week). In case you didn’t know, Watch Dogs 2 is launching on PC on November 29th. 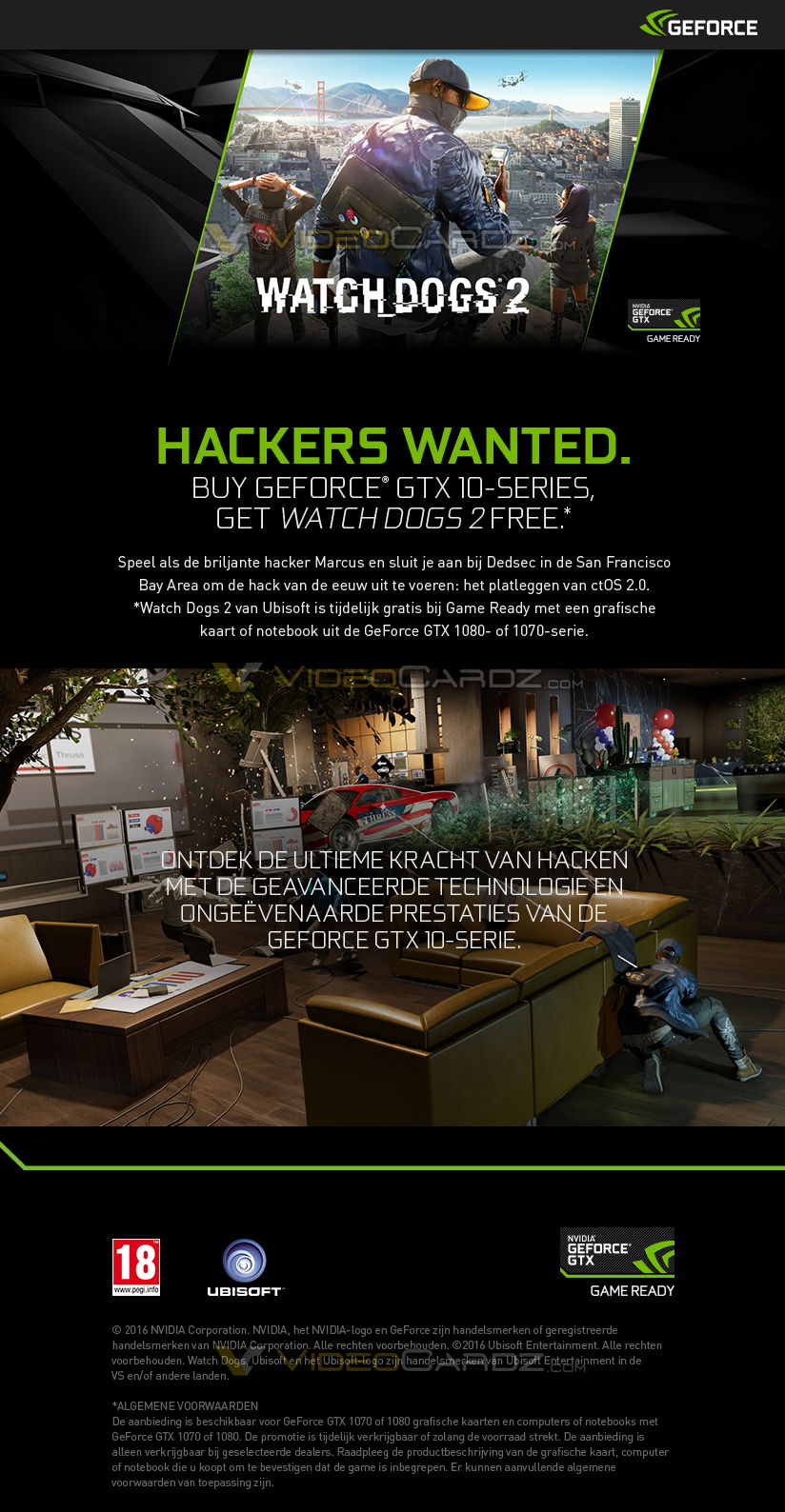