The Radeon R9 285X, the model that I told you about few times before, was canceled by AMD shortly before launch. To our surprise, it has finally made its first public appearance, more than 2 years after initial launch date.

This model was never just a rumor. It was supposed to arrive a month after R9 285, although it was quickly canceled. Plans to launch 285X were probably scrapped due to poor reception of Tonga power efficiency over Tahiti-based models — the R9 285X would clearly have higher power requirements than R9 285, so it would only get worse).

The photos were posted by ZealotKi11er, who is a member of Overclock.net forums:

The PCB and new C765 board, our database has no record of such board number, which means it was never made public: 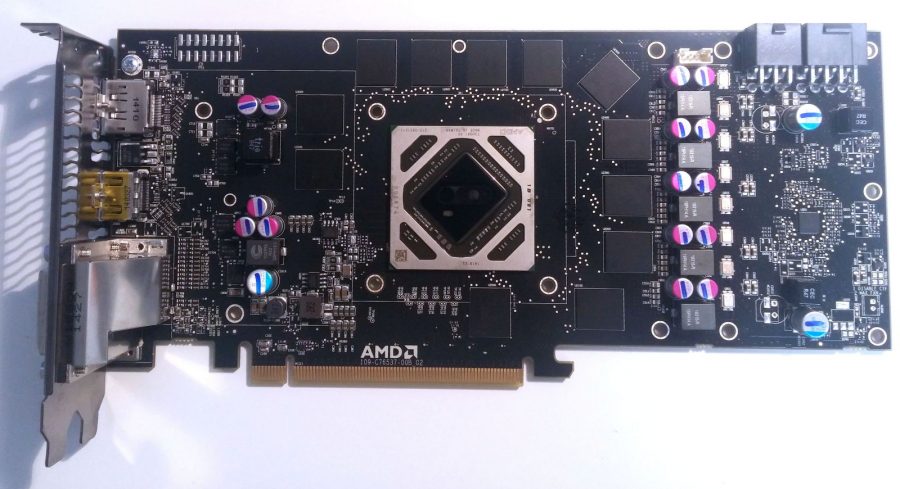 So we learn from this that R9 285X was supposed to get 6+8pin power connector and 5+1 phase design. The GPU would be supported by 3GB of GDDR5 memory as confirmed by GPU-Z validation: 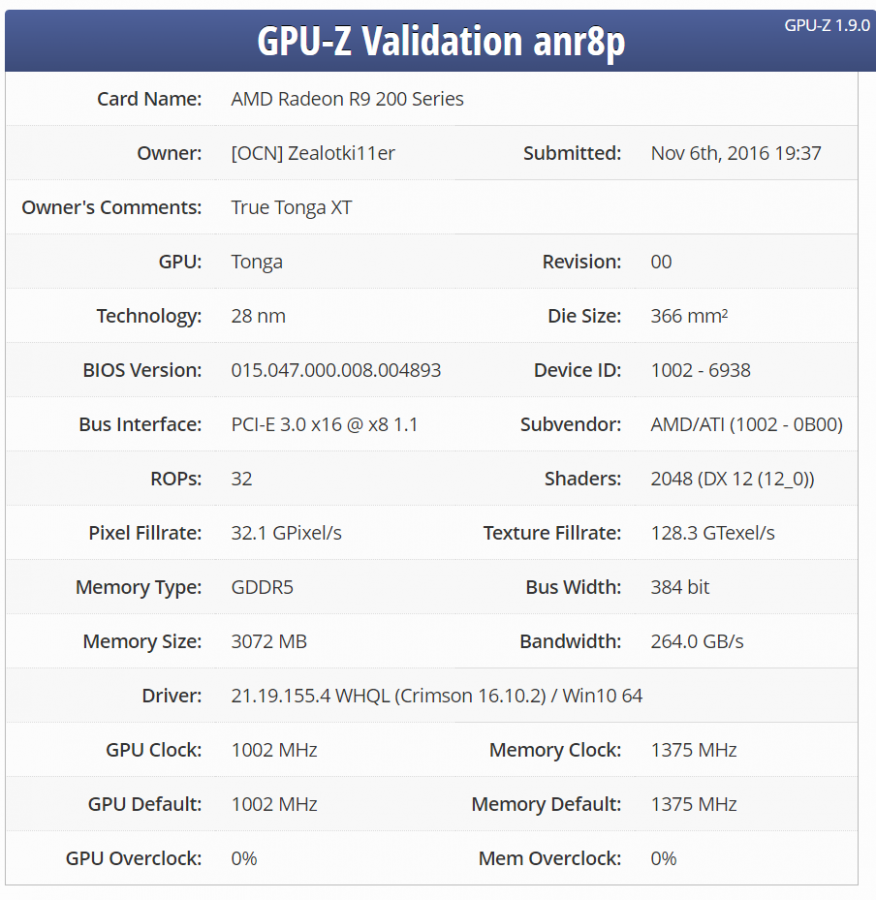 And yes, it means that full Tonga initially had 2048 Stream Processors and 384-bit memory interface. This GPU was never released in such configuration. The only variant that was made public was 2048 SP version, but with 256-bit memory bus for Macs (Amethyst R9 M295X). It was also later available as R9 380X, but still with 256-bit bus (I guess AMD just wanted 4GB card, 384-bit would either mean 3GB or 6GB).

The user also tested it in Time Spy benchmark. It scored 3104 GPU points:

And R9 285 result I found through Google (you can probably find more accurate result):