The Radeon RX 470, which should cost 169 USD after the price-cut, will soon compete against new card from NVIDIA — GTX 1050 Ti, which is expected to retail at 139 USD. Both cards are aiming at 1080p gamers and both cards are using 4GB memory. Actually, there’s one more thing that is similar on both cards. As it turns out GeForce GTX 1050 Ti’s graphics processor — Pascal GP107 — is made in 14nm FinFET process, so just like Polaris GPUs.

Now, what makes this presentation so interesting. As far as I remember, it has not happened before for the competitor to release more performance figures than manufacturer themselves before reviews are even out.

Now, take a look at this slide, where we have many more games: 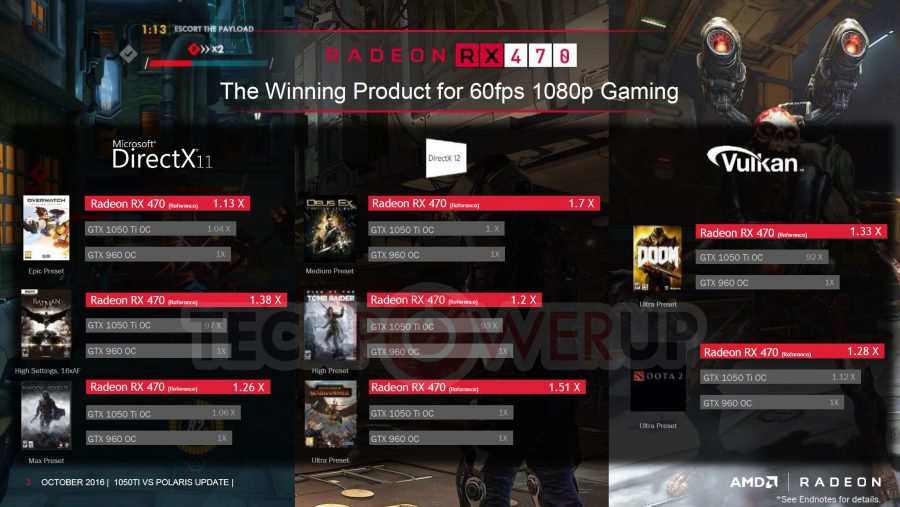 Of course, Battlefield 1, which is probably the most popular title featuring DX12 support, is also included: 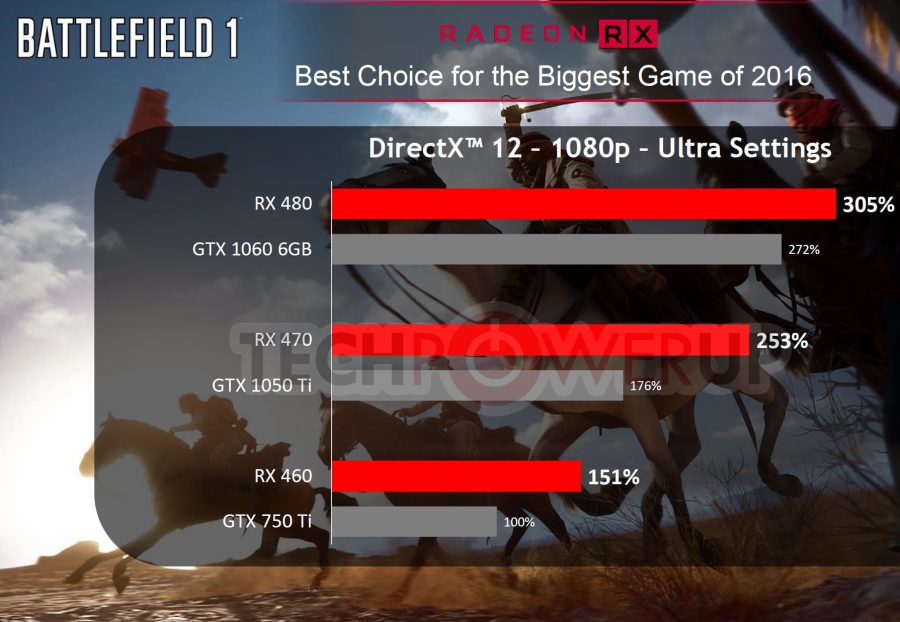 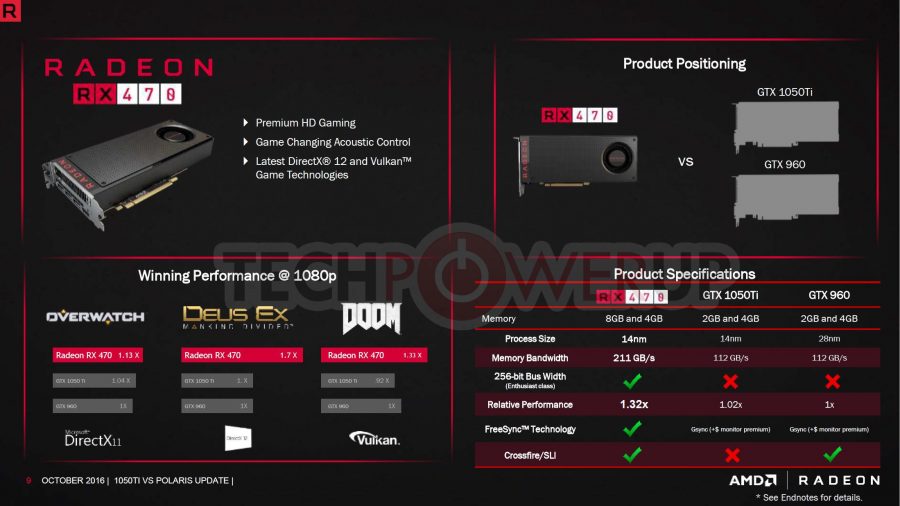 The specifications of Radeon RX 460 are also compared to 1050 non-Ti, although performance metrics lack such comparison: 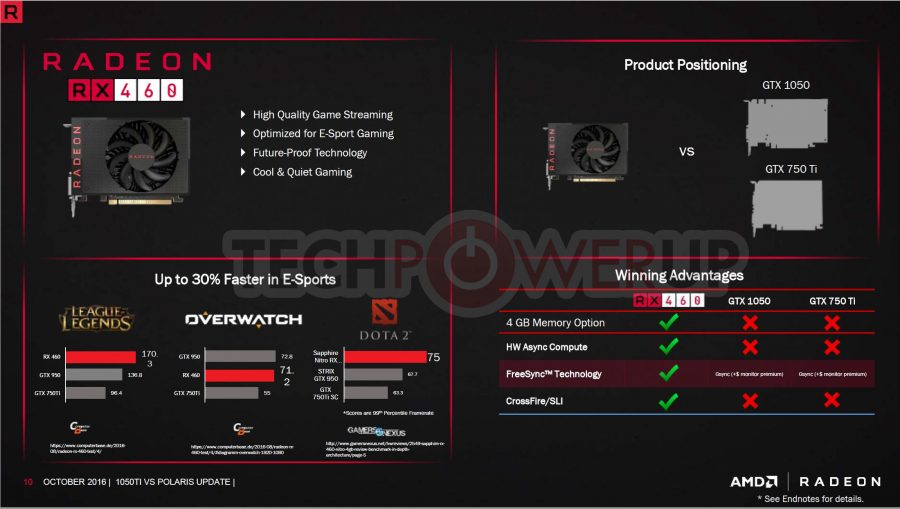 And finally, Asynchronous Compute, which as you know, it not fully implemented on Pascal cards:

And this is how mid-range graphics card stack currently looks like: 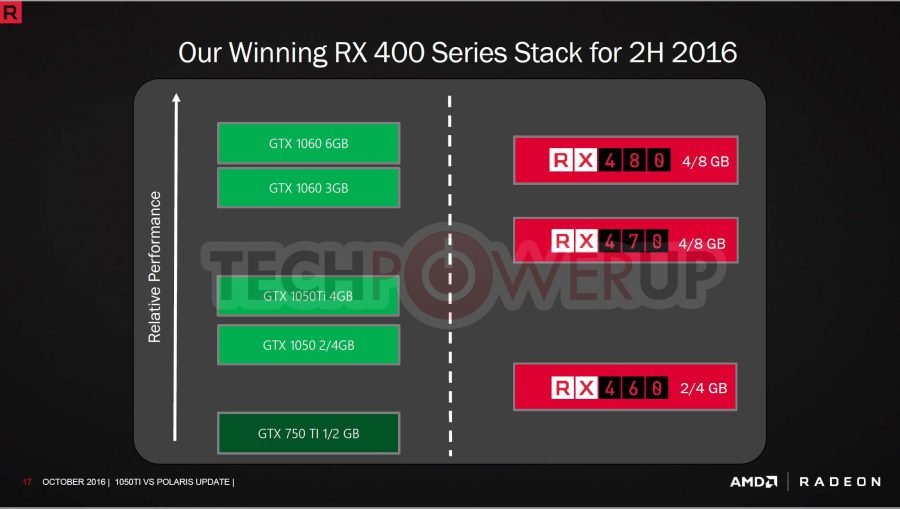