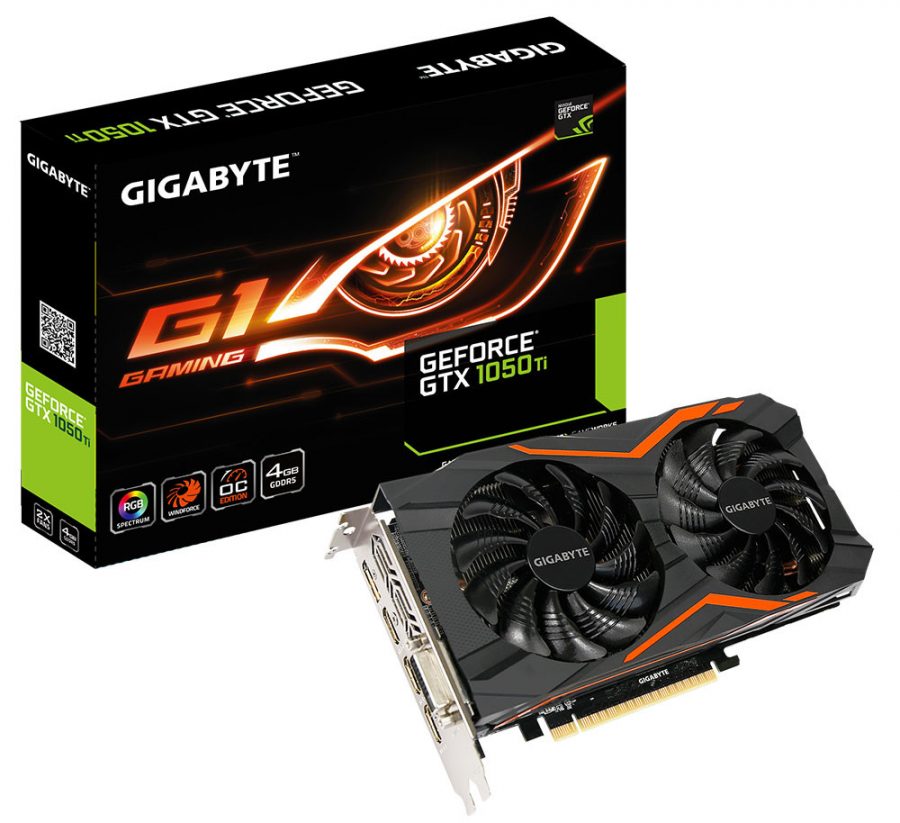 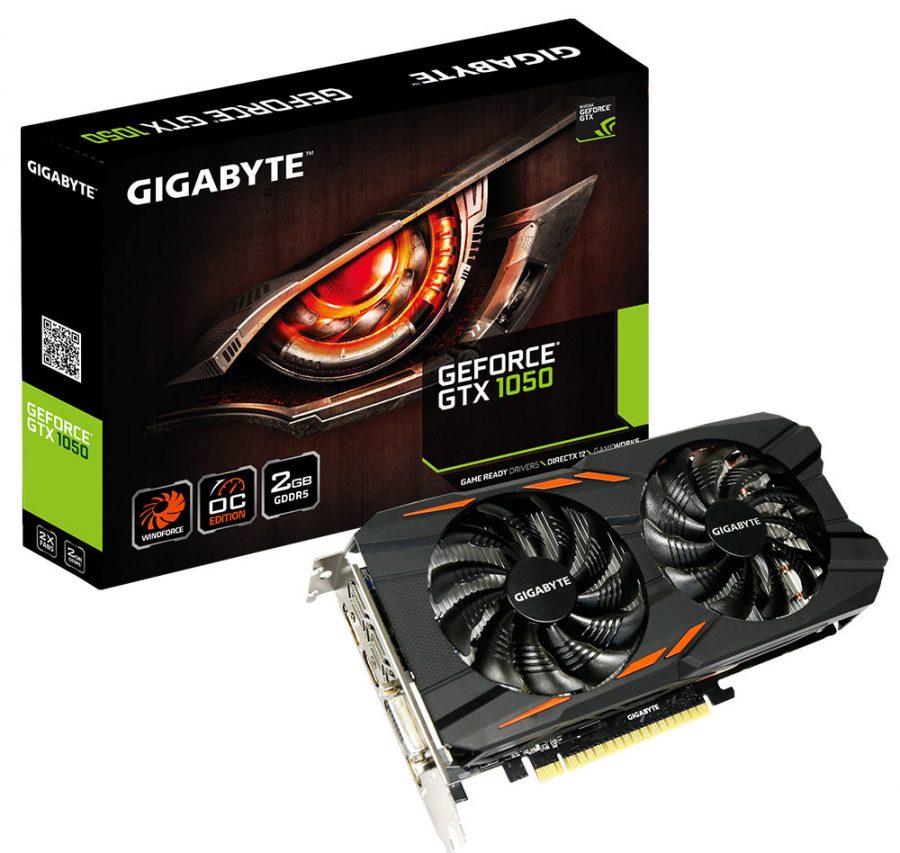 Powered by the Super Overclocked GPU, the G1 GAMING edition ups the ante with hefty overclocks right out of the box, together with the signature WINDFORCE cooling and RGB Illumination for gamers who crave superior cooling and boost in performances with style. Through GIGABYTE’s GPU Gauntlet Sorting technology, the top-notch GPU cores built in the G1 GAMING cards push overclocking capability to the limit without compromising the system reliability. The ultra-durable components augmented with 4+1 phase design make the MOSFET working at a lower temperature to provide more stable voltage output for superior overclocking.

The WINDFORCE 2X cooling system incorporates dual 90mm alternate-spinning fans with the unique blade design and 2 composite copper heat pipes in direct touch to the GPU, keeping the card cool and quiet even when aggressively overclocked. Fans are regulated during low power gaming; an LED fan indicator provides a user-friendly, instant display of the fan status.

The G1 GAMING cards allow for unique styling with their customizable RGB and lighting effects using the newly developed XTREME Engine utility software. At rear, the stylish metal back plate adds rigidity and protection to the cards. On the output side, the cards have a total of 3 HDMI ports in addition to a DVI-D port and a DisplayPort to provide more flexible multi-display connectivity.

The cards are reinforced with ultra-durable components with 4+1 phase design make the MOSFET working at a lower temperature to provide more stable voltage output for remarkable overclocking. Via the intuitive interface of XTREME Engine utility, gamers can enjoy enhanced gaming right away with a simple click of the button to overclock the card without the hassle of any manual adjustment. The 3 HDMI ports make multi-display configurations accessible with more flexibility.

GTX 1050 Ti / GTX 1050 D5
The power-efficient D5 edition does not require external power, while delivering impressive overclocked performance over the reference design. Cooled by a custom-designed 90mm fan, coupled with the optimized air flow cover and aluminum base, the cards can dissipate heat effectively from the GPU while keeping the fan operating at a lower speed with less noise. The fan is also regulated as the system is running light or idle. 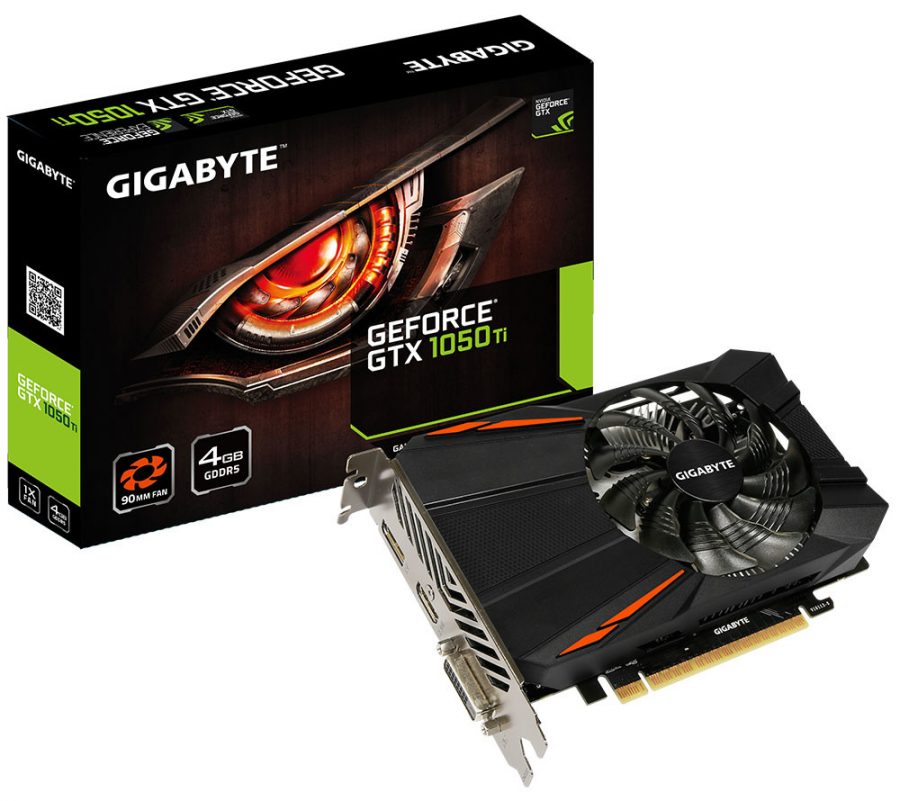 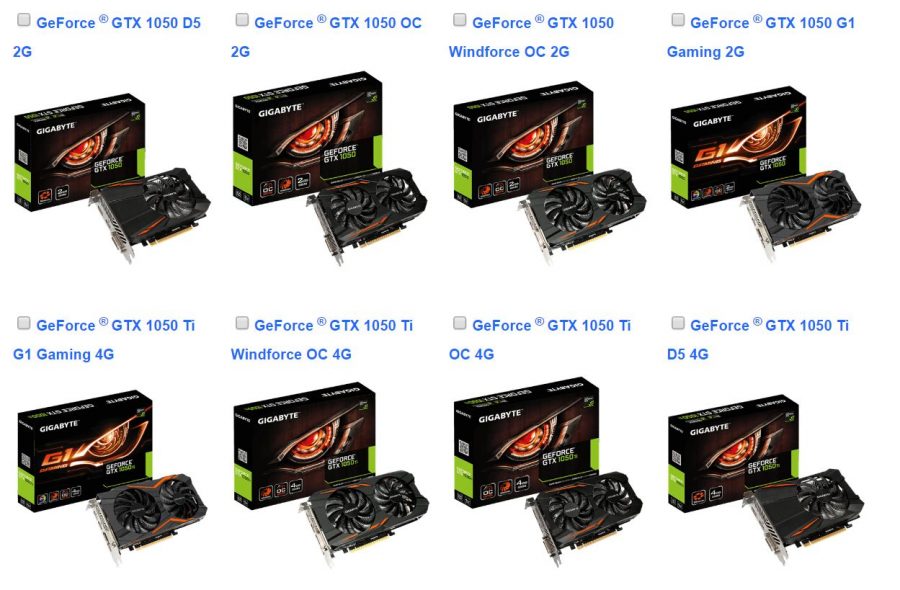