Today at GTC 2016 Europe NVIDIA announces XAVIER SoC, which packs 7 billion transistors. It has octa-core custom ARM64 CPU and 512 core Volta GPU. So this is the first device that is officially shipping with Volta architecture, interestingly though, designed in 16nm FinFET fabrication process.

XAVIER was made as a successor to DRIVE PX 2 module (which has two Pascal GPUs). XAVIER however is much smaller, while offering even better performance in integer test (160 SPECint), which is roughly 33% better than DRIVE PX 2. New SoC would offer 20 trillion calculations per second with TDP at around 20W (so 4 less than DRIVE PX 2 — 80W).

XAVIER will be available at the end of next year, with the first implementations expected in 2018. We should be hearing more about this SoC when Volta architecture gets its own introduction, probably in early January. 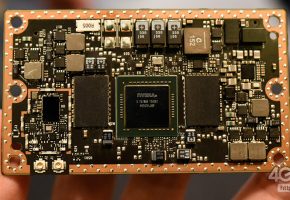 NVIDIA shows off new Tegra based on Pascal at Computex