Starting from September 13th AMD will give away Battlefield 1 ‘Early Enlister Deluxe Edition’ upgrade with RX 480 graphics cards. To make it clear, this is not the game itself, but an upgrade to Battlefield 1 Standard Edition. You still need to purchase Battlefield 1 in order to use this upgrade.

Deluxe Edition gives you 3 day pre-release access to the game. You will also receive Hellfigher Pack, Red Baron Pack, Lawrence of Arabia Pack, 3 vehicle skins and 5x battlepacks. Unfortunately, it does not include a premium pass to future DLCs. 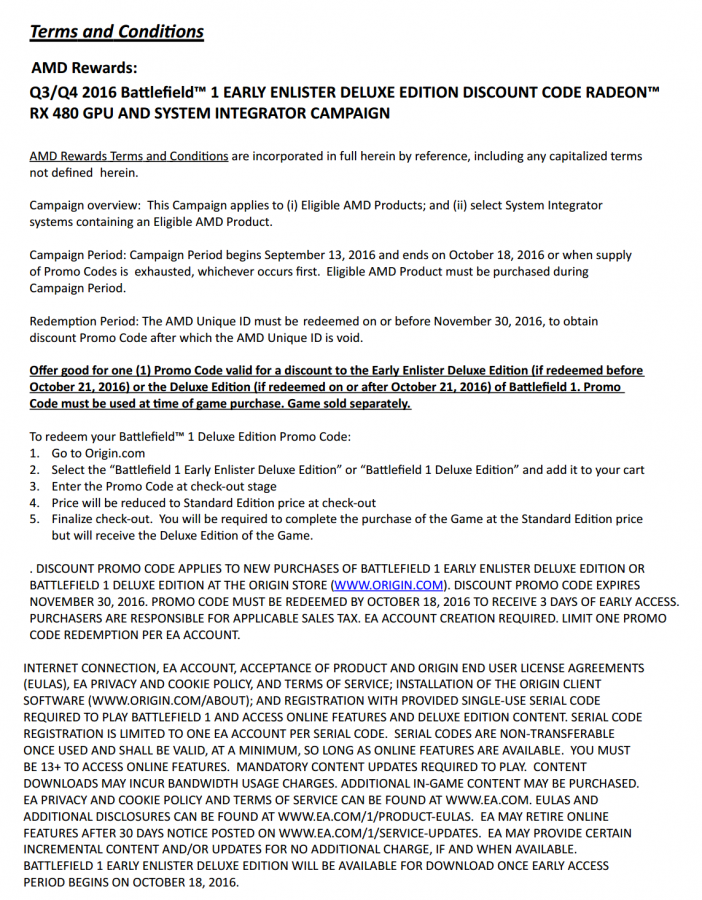 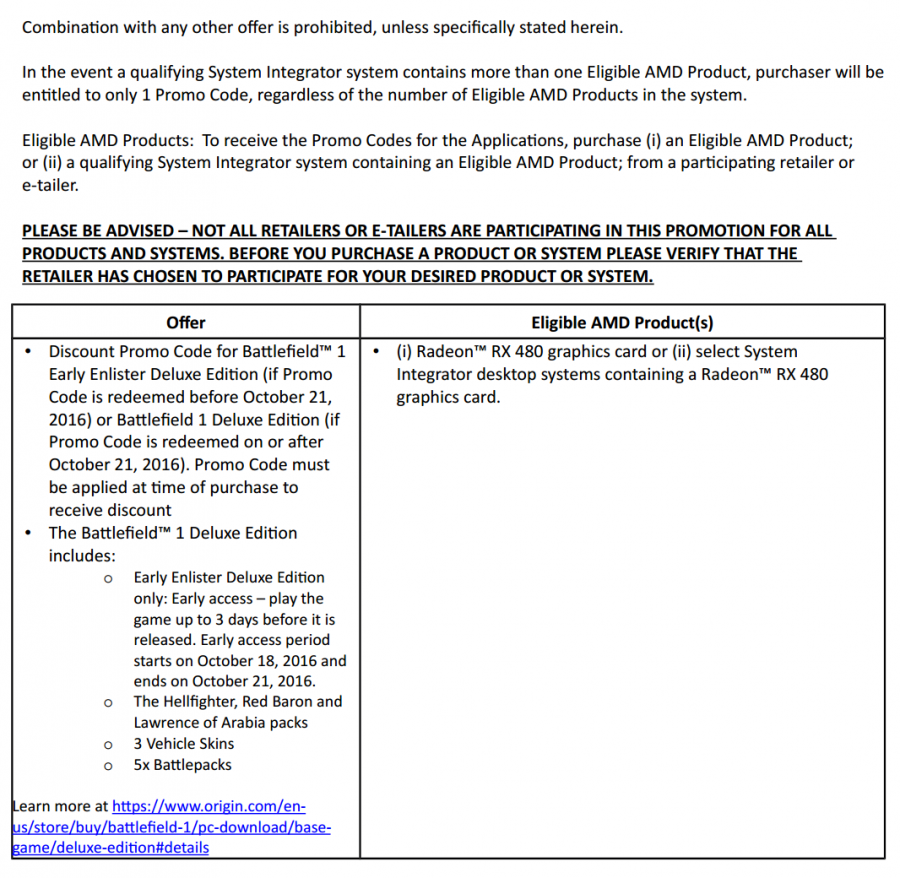