This is the latest information coming directly from AMD about VEGA architecture. Apparently the rumors that the launch of VEGA architecture might have been pushed forward were not entirely correct.

You can find the following slides in the latest presentation for AMD investors. Those slide confirm that VEGA will not launch sooner than first half of 2017, so just as expected after first roadmaps were released. It’a also worth adding that this preliminary date may still change, as explained in the footnotes of the document:

The information contained herein is subject to change and may be rendered inaccurate for many reasons, including but not limited to product and roadmap changes, 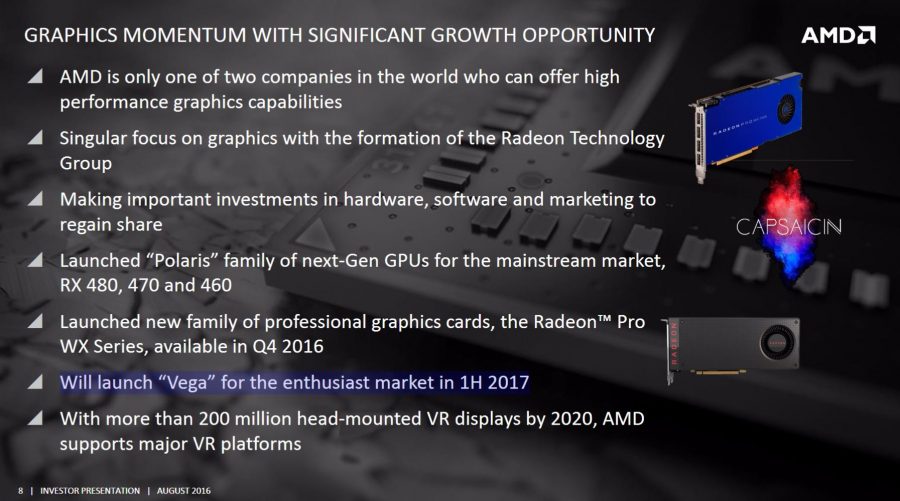 AMD is planning to introduce next-generation graphics in the following years. This means Vega and probably Navi architecture coming in 2018. 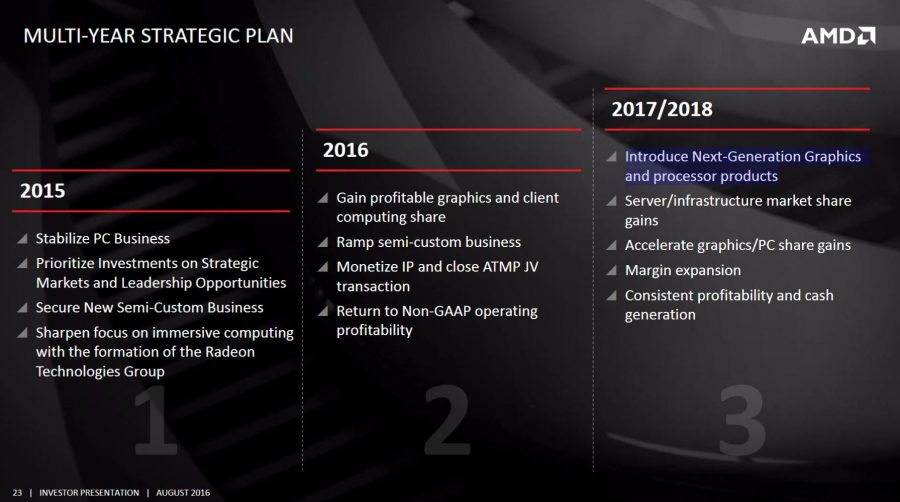 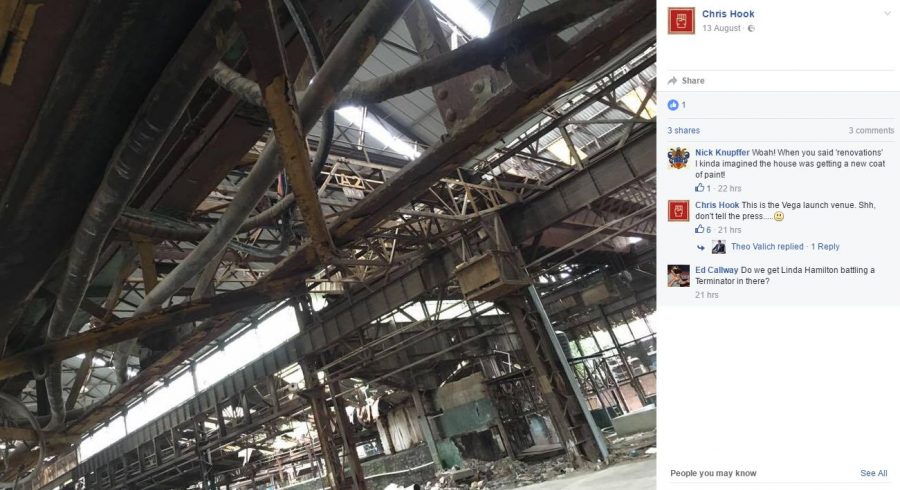 Two months ago Raja Koduri (Sr. Vice President and Chief Architect at RTG) was celebrating, with a group of engineers, Vega 10 reaching a development milestone. It could mean that that the final design of Vega 10 has been accepted and it should take few months for actual GPU to be seen on the market.

In March AMD has released two roadmaps. We learned that Vega will use High-Bandwidth-Memory Gen2 and, in a very optimistic scenario, it should be around 3x more power efficient than 28nm GPUs. Optimistic, because the same slide said 2.5x perf/watt for Polaris, which has since then been changed to 2x perf/watt in newer materials (including investors presentation from this post).