You have probably heard about HBM2, but have you heard about GDDR6? Few months ago there was a rumor that Micron is sourcing first GDDR6 chips to customers. It was later clarified that this memory is in fact GDDR5X, and those are two different technologies.

GDDR6 is currently planned for 2018, around the same period as DDR5 reaches personal computers. The GDDR5X is currently offered with 10 Gbps bandwidth. Soon, it should be offered with 12 Gbps bandwidth, but that is still less planned 15 Gbps for GDDR6. Initial plans were to offer GDDR5X with the speed up to 16 Gbps, but at that point GDDR6 will probably take over the race for even higher speed and power efficiency. 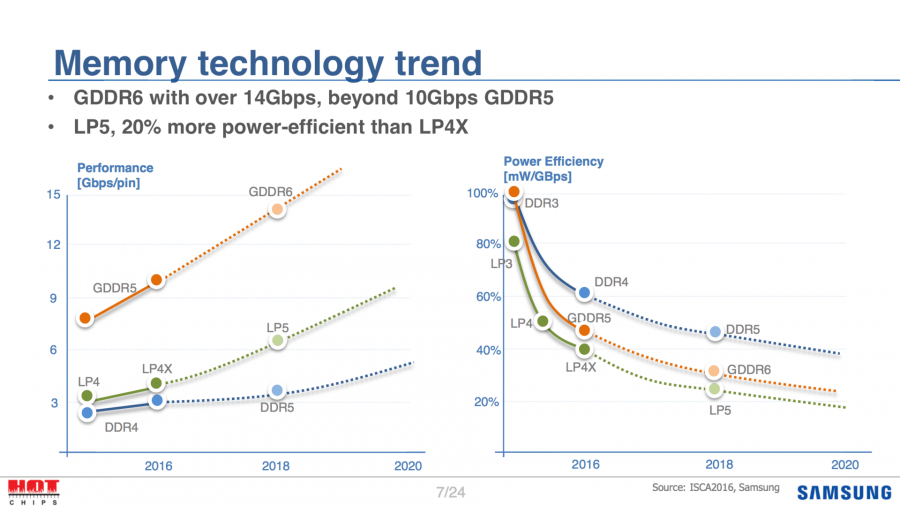 At the same symposium, SK Hynix clarified their plans for HBM2. The company is already looking forward to expanding HBM technology into three different markets: HPC&Servers, Network&Graphics and Client-DT&Notebooks. Each segment would benefit from different configuration of HBM stacks as shown on the slides below.

Hynix also confirmed that HBM2 will offer capacities up to 32 GBs through 4 stacks of 8 Hi modules, however this configuration is planned only for HPC and Servers. The graphics segment gets HBM2 ‘cubes’ with capacities up to 4GB. If GPU manufacturers were to use HBM2, they would use up to 4 stacks on one interposer. In fact, NVIDIA already did just that with Pascal GP100. 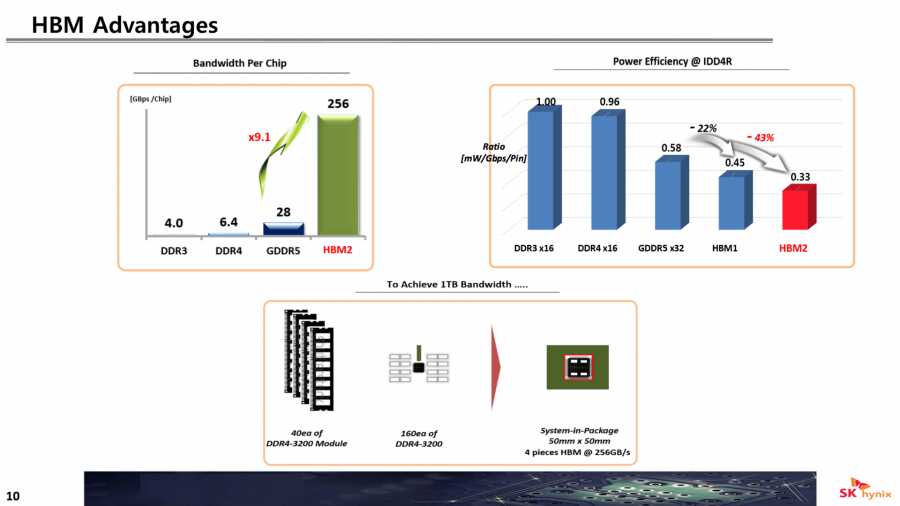 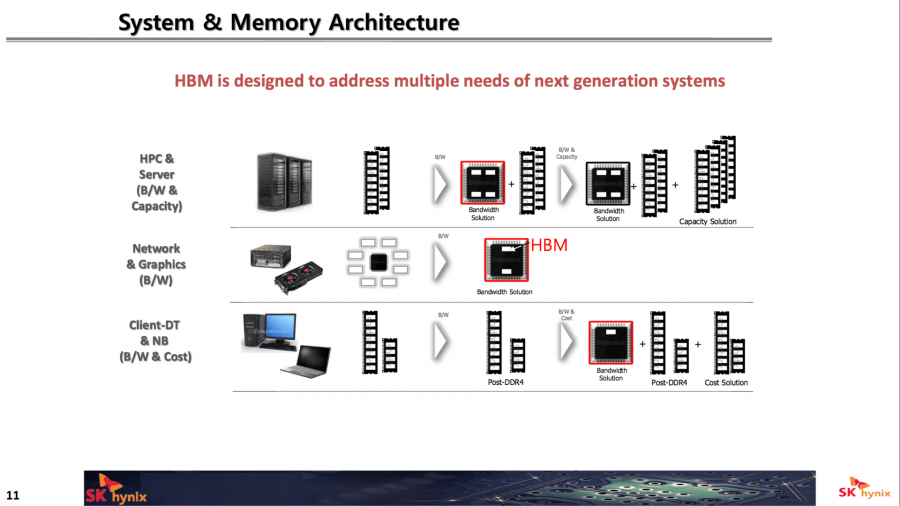 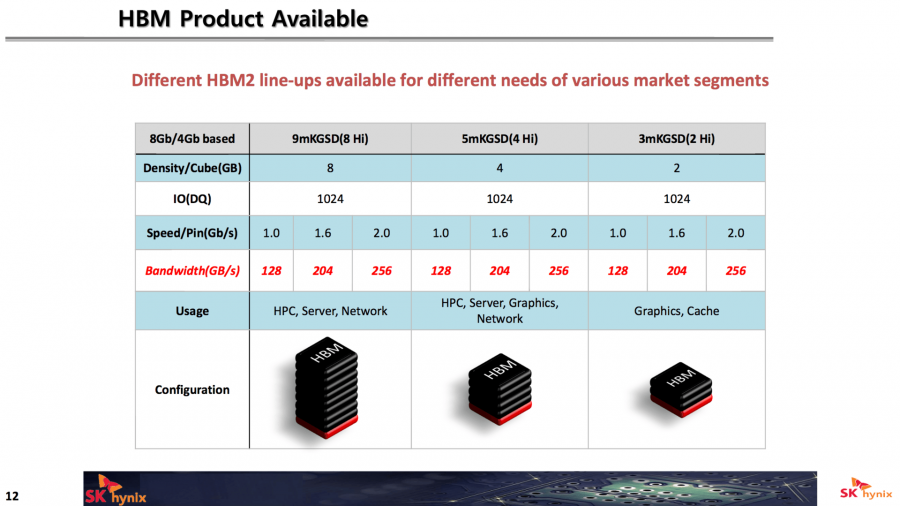 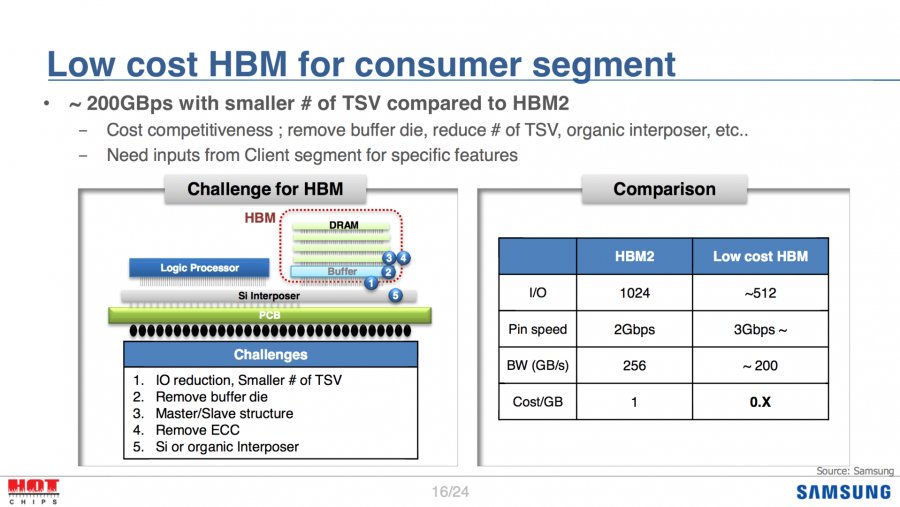 The next step is HBM3. Hynix is already considering few options for this memory technology. We don’t know what graphics architecture would be the first to use HBM3, but we do know that AMD Navi was already teased to support ‘next gen memory’. Whether that’s GDDR6 or HBM3, we don’t know. 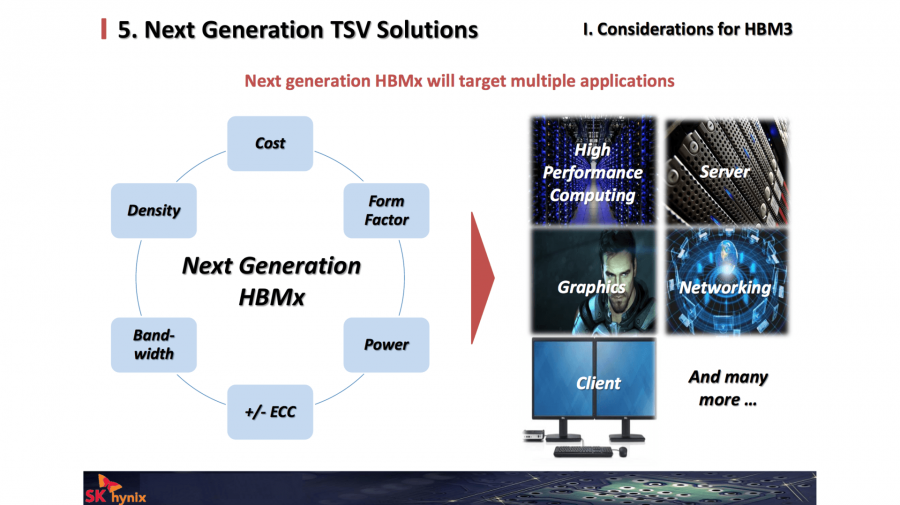 Meanwhile Samsung shares more details about HBM Gen3. It’s currently expected in 2019 or 2020, and it should offer more than double the capacity of HBM2 and even more stacks. The bandwidth should also increase more than twice. 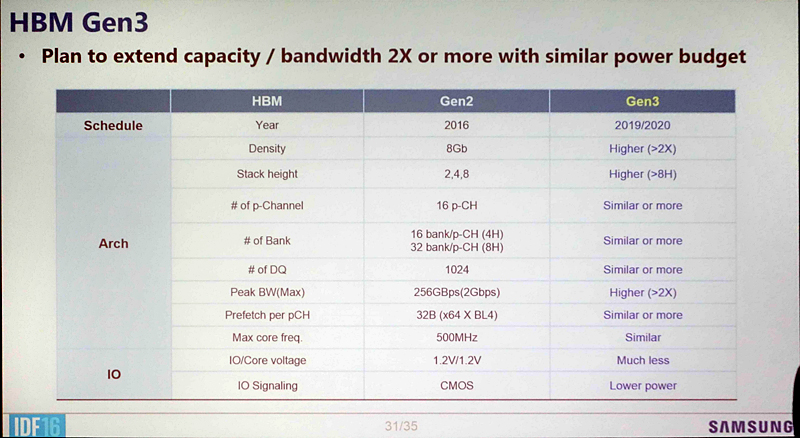