You might have seen these results earlier, because they were leaked few day ago. Today AMD made them official by introducing new line of HP Omen series, which include 15.6 HP Omen laptop equipped with RX 460 graphics card. 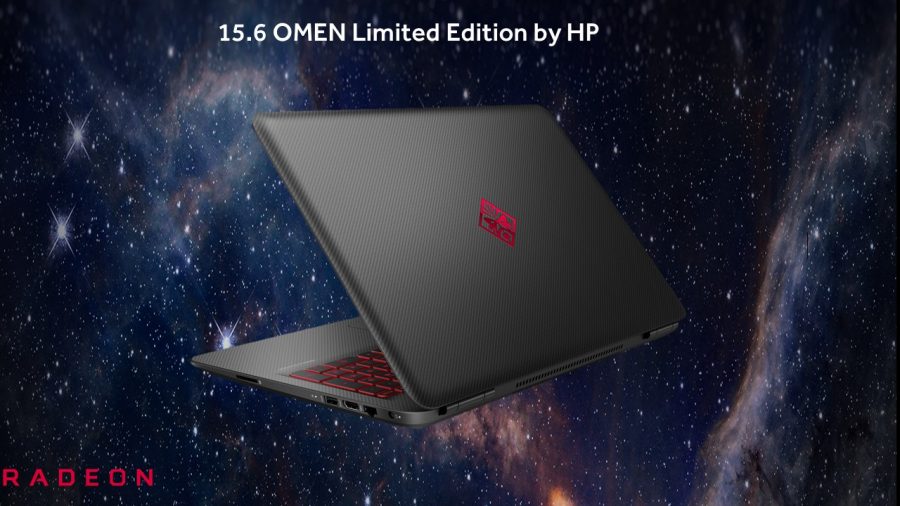 This header is actually taken straight from the footnotes of AMD’s blog post. So why they are similar but not equal? Well, we don’t know yet, because AMD has not shared the exact specifications of mobile RX 460, but it would be surprising if desktop and mobile RX 460 had different configurations. That said, the only reason why desktop results are better, is because desktop platform is far more powerful than mobile. The Intel i7-6700K is not exactly the same class of CPU as i5-6300HQ. In fact, desktop CPU is even overclocked to 4.5 GHz, which makes this comparison even more strange.

Radeon RX 460 is considered a great solution for eSport games like DOTA2, League of Legends or Overwatch. In the following comparison we have five games: DOTA2, Fallout 4, Shadow of Mordor, Mirror’s Edge Catalyst and GTA 5.

One more thing, HP Omen laptop cannot be purchased outside China. They are sold exclusively at JD.com as limited edition. 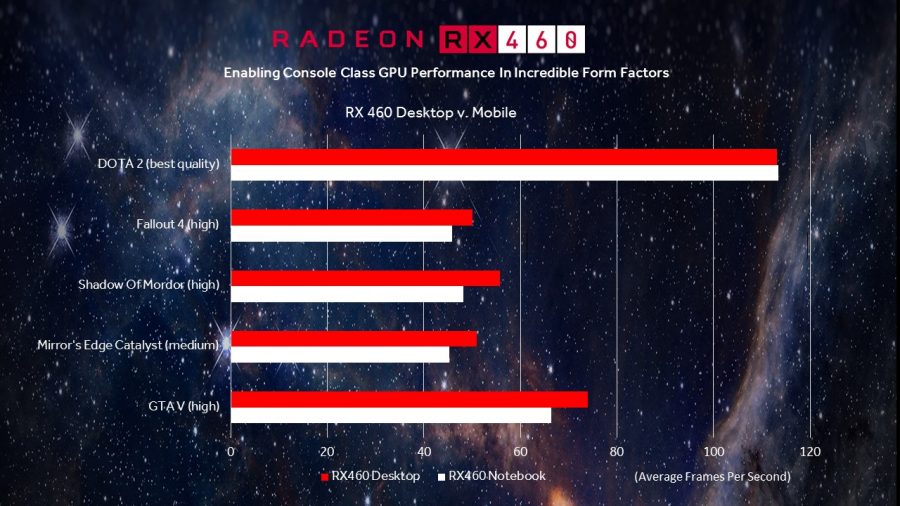 Performance may vary based on use of latest drivers. Test results are not average and may vary.