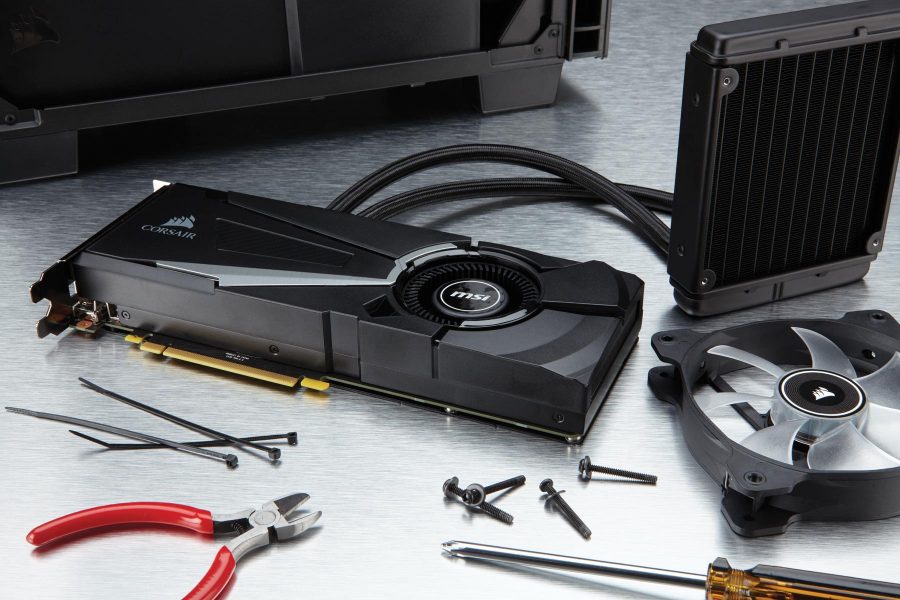 The result is a graphics card with the overclocked power to push the limits of 4K and VR gaming performance, while running not just cooler, but also significantly quieter than a stock GeForce GTX 1080. Up to 10% faster and 50% cooler than stock cards, the Hydro GFX GTX 1080 is the GeForce GTX 1080 as it should be. 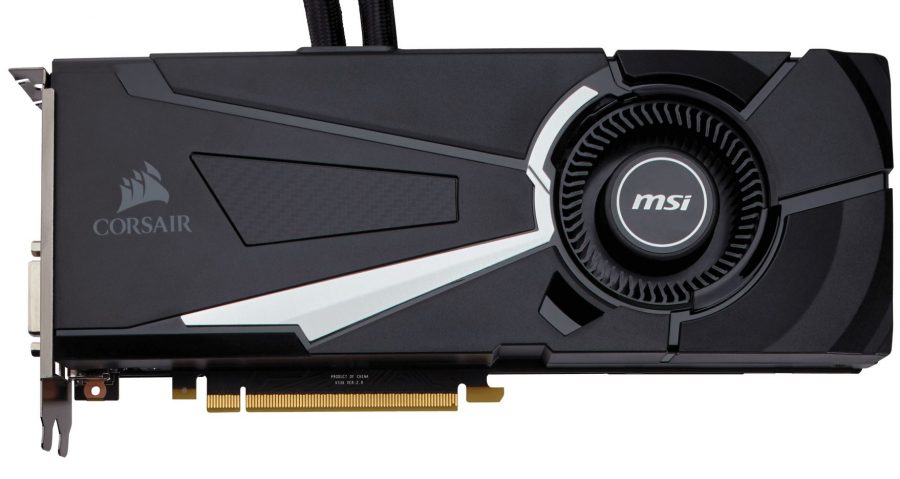 The CORSAIR Hydro GFX GTX 1080 brings all the benefits of liquid cooling to the GeForce GTX 1080, boasting an integrated CORSAIR Hydro Series H55 cooler that draws heat from the GPU via a micro-fin copper base cold plate and dissipates it efficiently using a 120 mm high-surface area radiator. A pre-installed low-noise LED-lit 120mm fan ensures steady, reliable air-flow, keeping GPU temperatures down and clock speeds high. With a low-profile PCB and pre-fitted, fully-sealed liquid cooler, the Hydro GFX GTX 1080 is simple and easy to install. Just fit the card into a PCI-E 3.0 x16 slot, mount the radiator and enjoy low maintenance liquid cooling for the lifetime of the card.

Great cooling means higher clock speeds, and the Hydro GFX GTX 1080 offers three different custom pre-overclocked profiles for users to choose from. With a GPU Boost clock of up to 1,847 MHz, choose OC Mode to push the GPU performance to the limit and max frame rates. Use Gaming Mode’s GPU Boost Clock of 1,822 MHz to pair overclocked performance with low noise cooling for the perfect balance of sound and speed. Finally, select Silent mode to optimize for super-quiet operation, while still delivering full GTX 1080 performance. All three profiles can be selected from within MSI’s acclaimed MSI Afterburner overclocking software, where owners can continue to tweak and tune their card’s performance with advanced voltage, fan and clock speed controls. 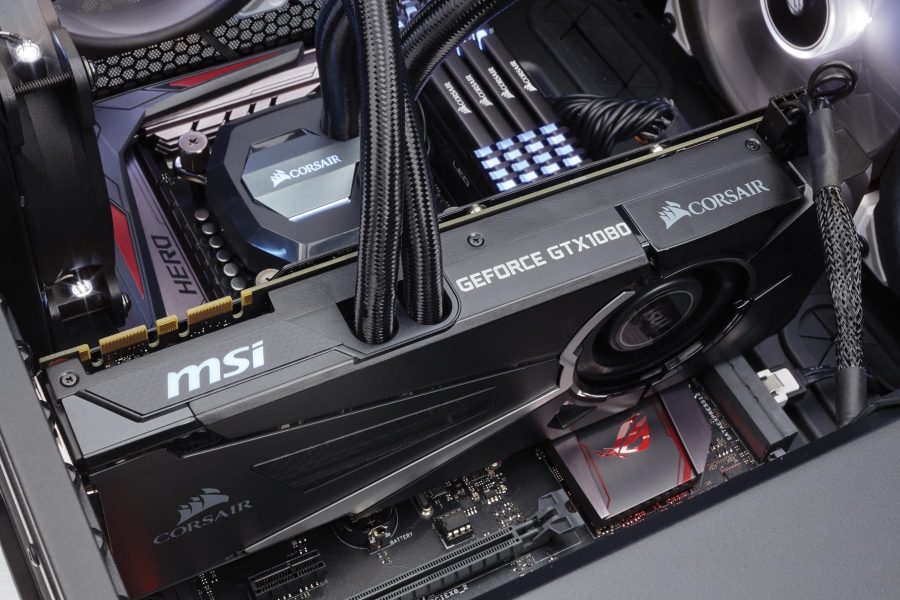 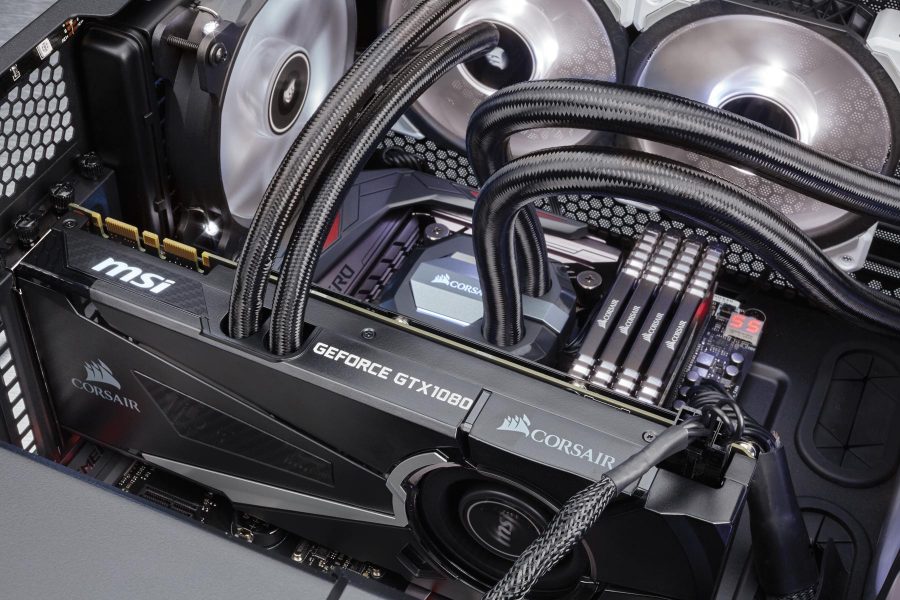 With the best of CORSAIR, the best of MSI and the best of NVIDIA, the Hydro GFX GTX 1080 combines everything gamers need to experience today’s most advanced GPU, alongside the best in liquid cooled overclocked performance.

Availability and Pricing
The Hydro GFX GTX 1080 is available immediately only from the CORSAIR official webstore and is priced at $749.99 Exc TAX in the United States, £699.99 Inc. VAT in the UK and €849.99 Inc. Tax in Germany.