It appears that first benchmarks of the new Pascal-based NVIDIA TITAN X have been leaked.

Apparently TITAN X Pascal samples are already out in the wild, as Facebook employee shares first results of synthetic benchmark based on NVIDIA CUDA, by comparing old and the new TITAN X.

Bear in mind that this is not strictly a typical hardware comparison, as both cards are using different, more architecture optimized cuDNN libraries (4 vs 5). That said, we cannot and should not convert those results into gaming performance, so it doesn’t really tells is how much faster TITAN X Pascal would be from TITAN X Maxwell. It does however tell us that TITAN X P has much better performance in synthetic CUDA-based software, which can be used in deep learning neural networks.

Hopefully this leak proves that TITAN X samples are already being delivered to reviewers, because from what I’ve learned that not all news outlets have access to this card. 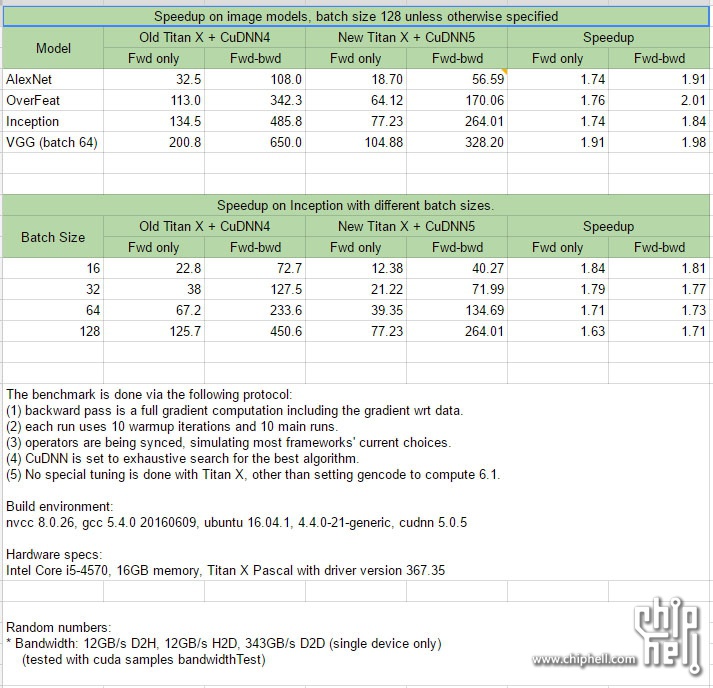 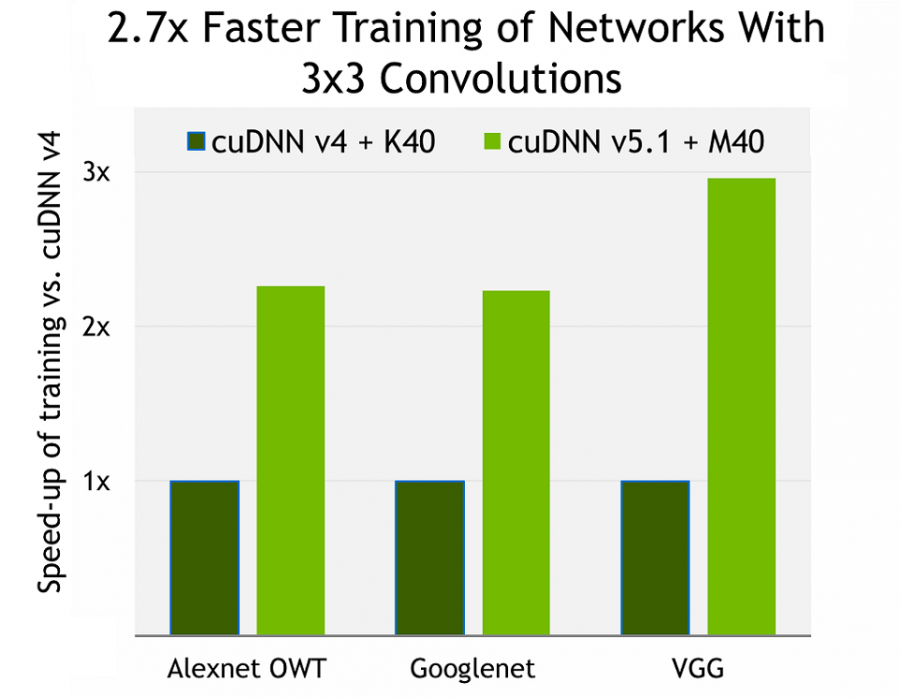