Let’s start with XFX Radeon RX 480, which you could also see in our previous post. Thanks to the leaked advertisement from TMall, which apparently was already taken down, we have a better look at the front of this new RX 480 from XFX. Apparently the I/O bracket will feature XFX logo right next to DVI port. Meanwhile, the side features LED illuminated XFX logo and also 8-pin power connector. There are no review samples as of yet, but Hardware.fr received a test unit for final inspection before XFX finalizes the specs.

Here’s the first picture of STRIX RX 480 published by ASUS. The spec sheet is too small to read, but we already know it has custom PCB with 8-pin power connector, and just as any other custom RX 480 design it features DVI port. Together with the Red Devil, STRIX are the only RX 480 cards with triple-fan cooling solutions.

Dataland is part of TUL Corporation, which also owns PowerColor. While we do know that PowerColor was first to introduce the Red Devil, it it is yet unclear if the other two will also be sold under PowerColor brand.

Dataland RX 480 Dual Cool will use dual fan cooler, and probably the same PCB as Red Devil. Both of these cards will therefore use 8-pin power connector and DVI-D display output.

The third model is called RX 480 X-Serial. There is no picture as of yet, but judging from the packaging, it may come in different color scheme as the other two. 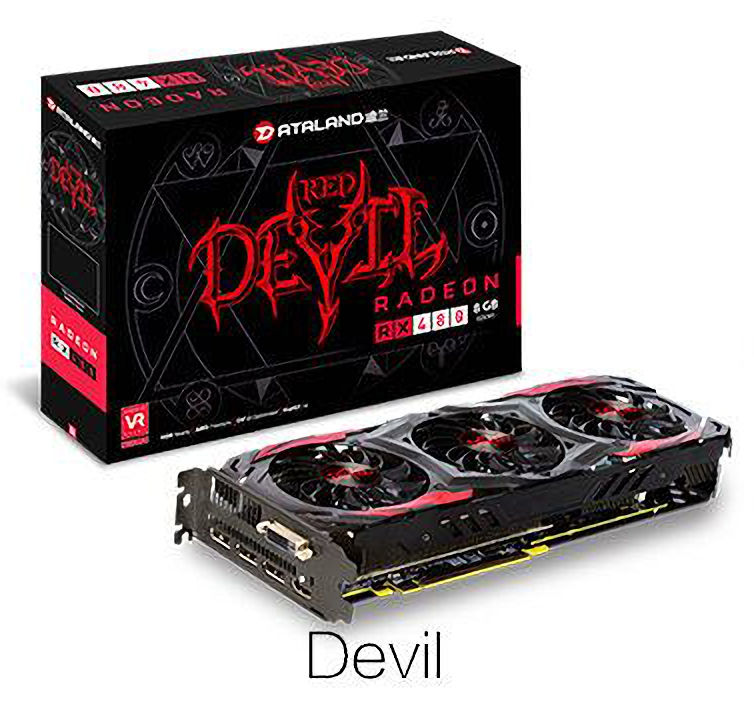 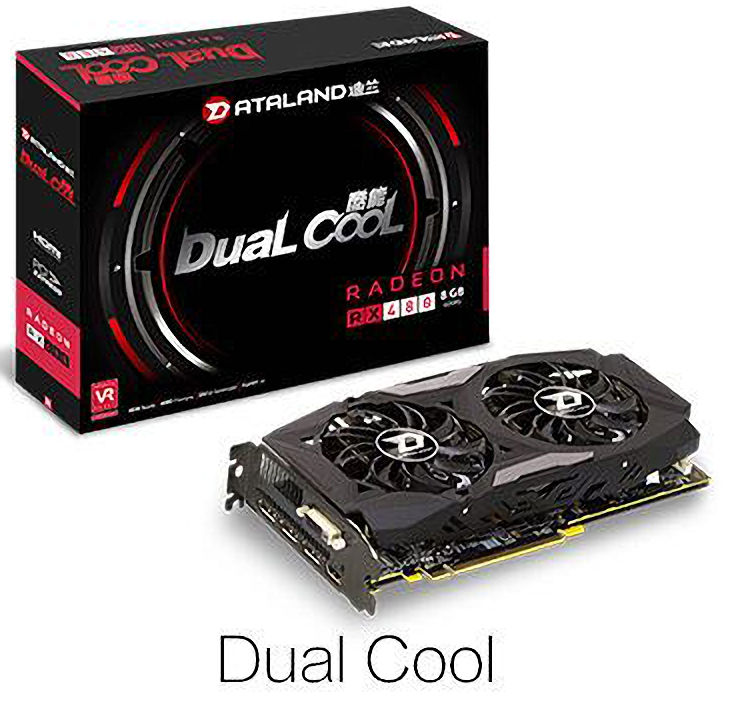 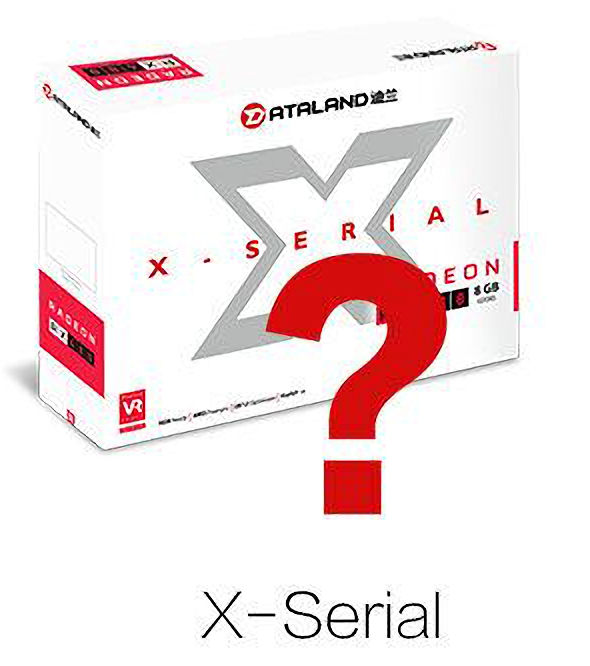 Now here’s the advertisement from Korean distributor of Sapphire cards — Emtek. They According to the information provided by Emtek, RX 480 NITRO+ will be introduced on July 13th. This is probably going to be the first public appearance of NITRO+.

Here’s machine translation of the advertisement:

[SAPPHIRE Radeon RX 480 OC D5 8GB Dual-X NITRO +] is the cooling fan detachable ‘FanSafe’ and side LED for customization to be in ‘NITRO Glow’, the back plate of the air flow and help to ‘FreeFLOW’ In addition, GPU’s Hybird 8-pin connectors that lead to overclock, put a variety of features to minimize coil noise from the power supply and to the Black Diamond Chokes 4, which is responsible for stable power supply before release SAPPHIRE will receive assessment by product scrupulous for AMD Radeon RX 480 It has attracted the attention of many. 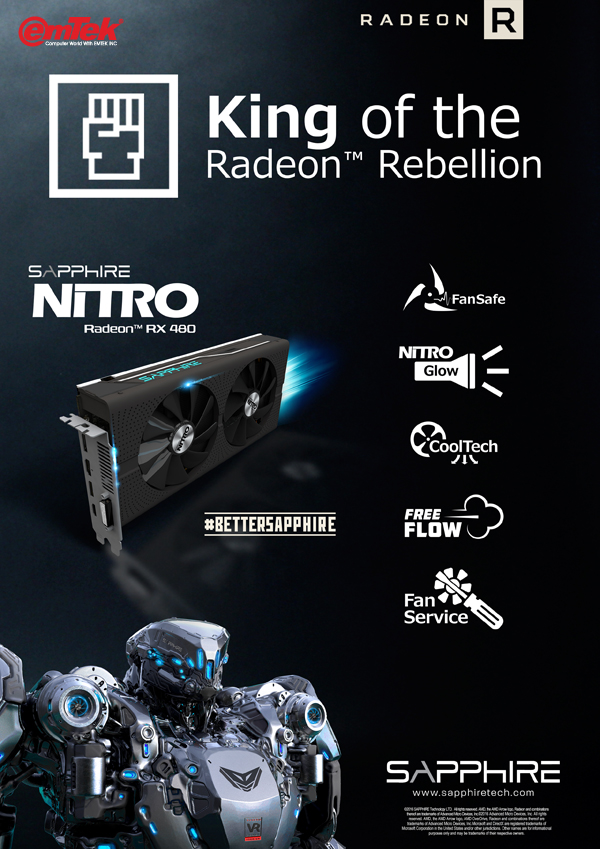 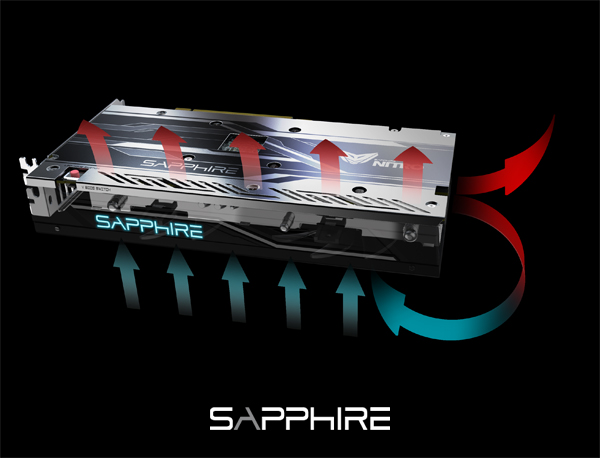 Here’s another picture of RX 480, this time from Japan. 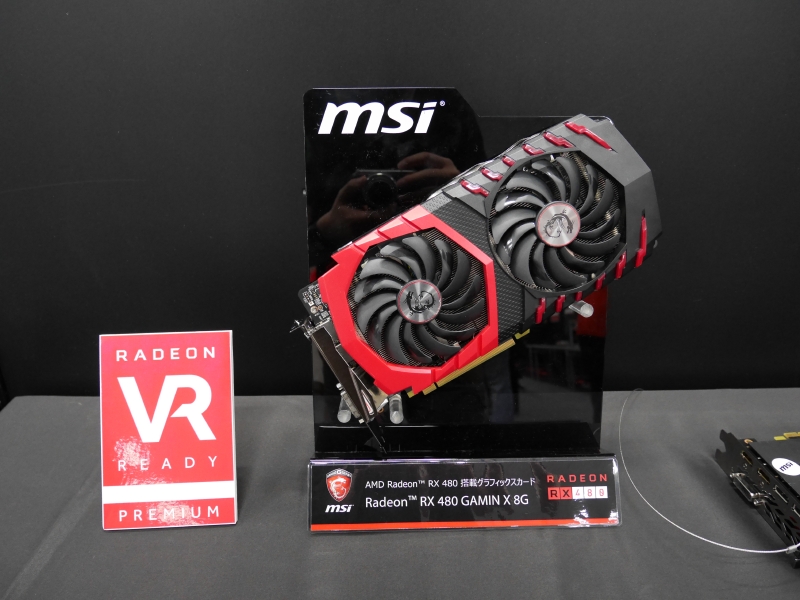