Here are the first 3DMark results of GeForce GTX 1060.

Although basic specifications were already leaked by us few days ago, we now have full specs provided by GPU-Z screenshot. Be advised we cannot confirm if TMU and ROP counts are correct (in my opinion it should be 1280/80 = 80 TMUs), but NVIDIA might have changed their architecture for GP106. So this will remain unconfirmed for now. However if the screenshot shows correct data, then it appears that GTX 1060 has 1280 CUDA cores, 106 TMUs and 48 ROPs (so that would be quite an upgrade over 32 ROPs typical for this segment).

More importantly GTX 1060 has 6GB GDDR5 memory across 192-bit interface, so just as we speculated for quite some time now. This gives us 192 GB/s of bandwidth.

NVIDIA GeForce GTX 1060 will launch in few days, but we’ve heard that this is just a paper launch and reviews may appear later.

If those benchmarks are correct and they are showing stock performance, then GTX 1060 is not much faster than RX 480 as NVIDIA slides suggested, but it is faster by 8% to 10%. It’s worth noting that overclocked RX 480 can achieve those results. For quick comparison you can refer to those results from KitGuru. 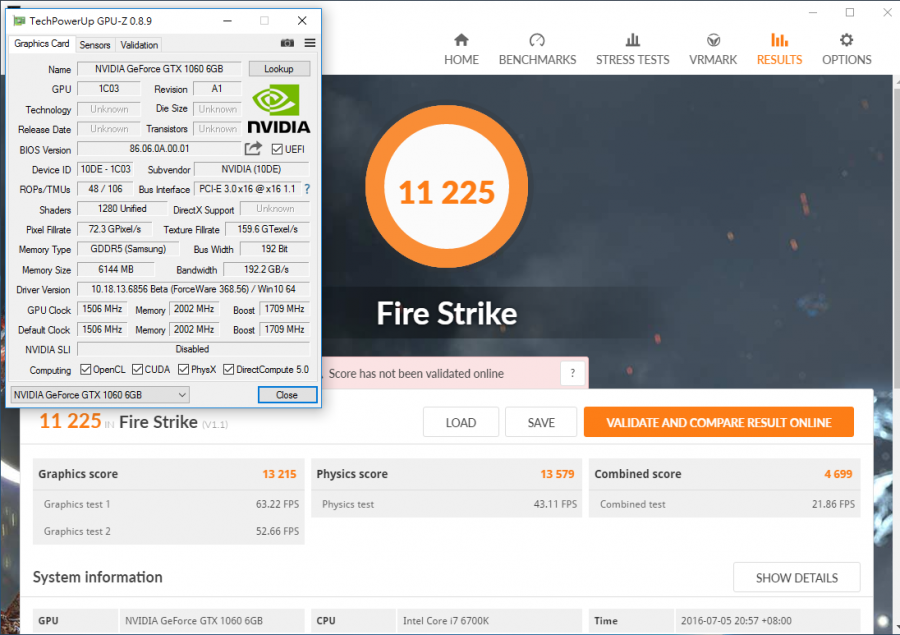 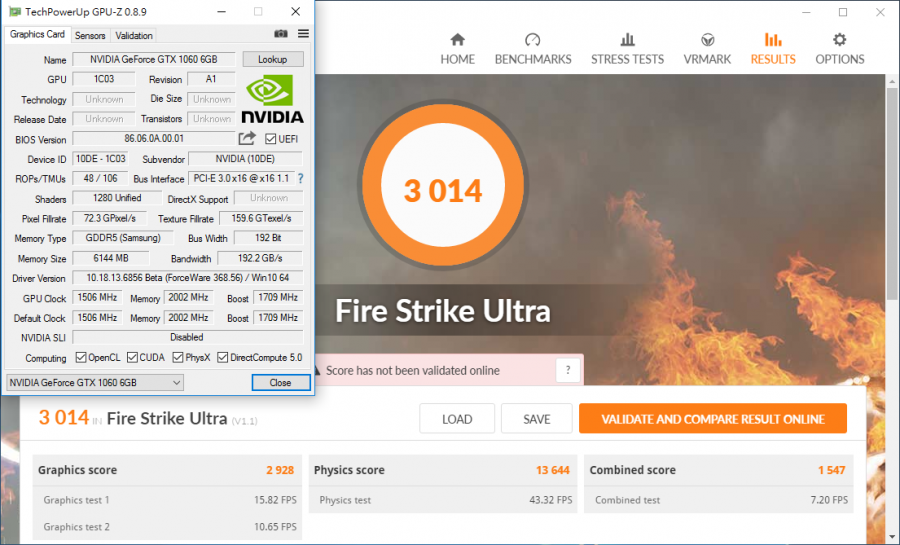