Looks like we got some GTX 1060 information little early..

Here they are, first specifications of GeForce GTX 1060. This card features 1280 CUDA cores and 6GB of GDDR5 memory (so quite possibly 192-bit interface). The boost clock is somewhere around 1700 MHz, which gives us maximum compute performance of 4.4 TFLOPs.

In terms of design, it seems that the leaked picture was quite accurate and this is really the new (Founders) design.

More importantly GTX 1060 will launch in July, and the fact that we have these slides already, could further suggest that the rumored launch date is true (7th July). 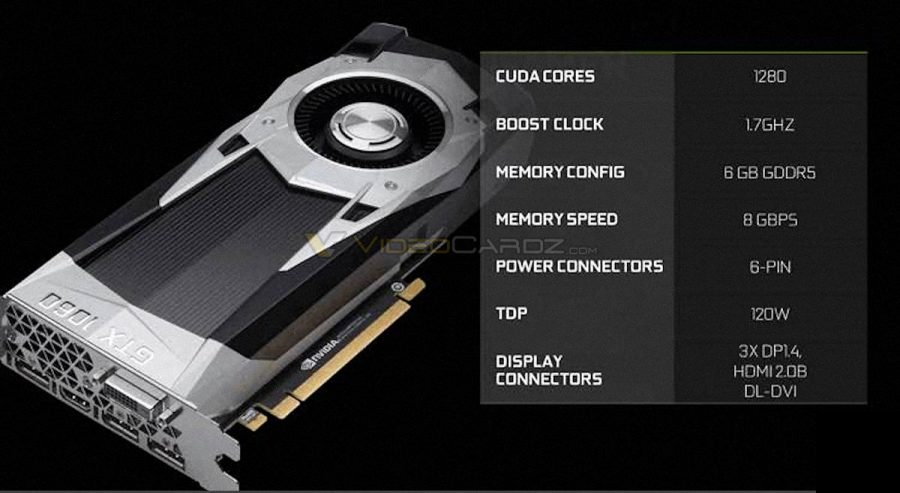 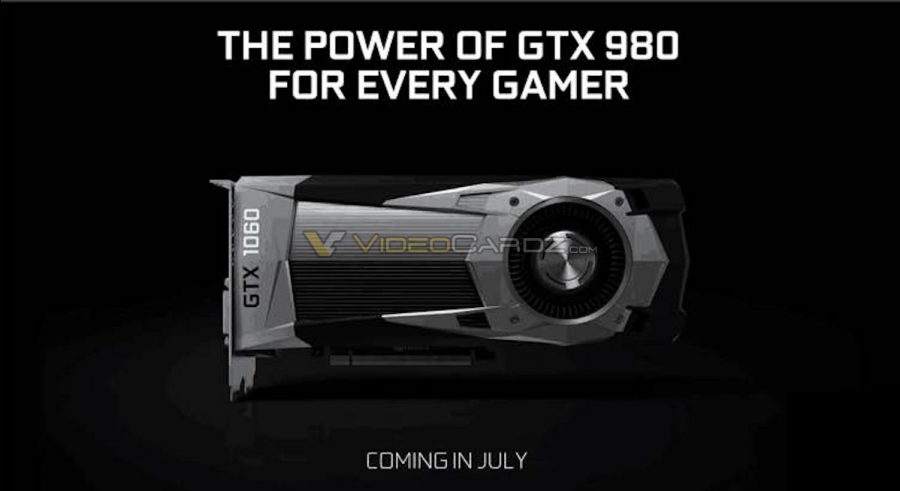 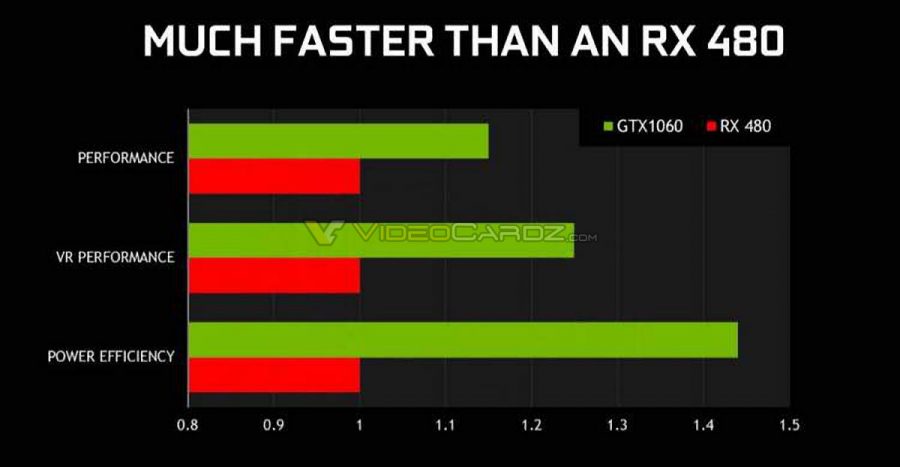