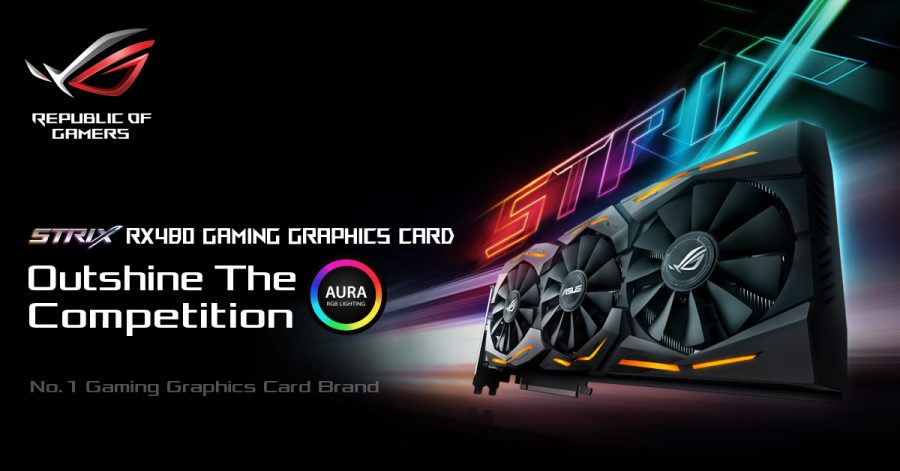 The next-generation graphics card from AMD Radeon starts with the RX 480. You can certainly expect ROG Strix to join the party. ROG Strix RX 480 will be featuring the new Polaris 10 XT at the core based on a new 14nm FinFET fabrication node (previously 28nm) to bring you a new level of performance with less heat.  The GPU (grahics processing unit) is paired with 8GB of GDDR5 video memory operating at 8GHz on the 256-bit memory bus.

The new GPU armed with DirectCU III cooling will result in a faster and quieter graphics card. The black metal shroud and backplate with new Aura RGB lighting can surely match almost any system. GPU Tweak II will provide eay one-click overclocking while a professional mode is still available for advanced users, with XSplit Gamecaster to stream or record gameplay.

A dedicated HDMI 2.0b port is available for VR, and AMD FreeSync will make sure you’re getting smooth gaming when using supported gaming monitors such as MG248Q, MG28UQ or MG24UQ.