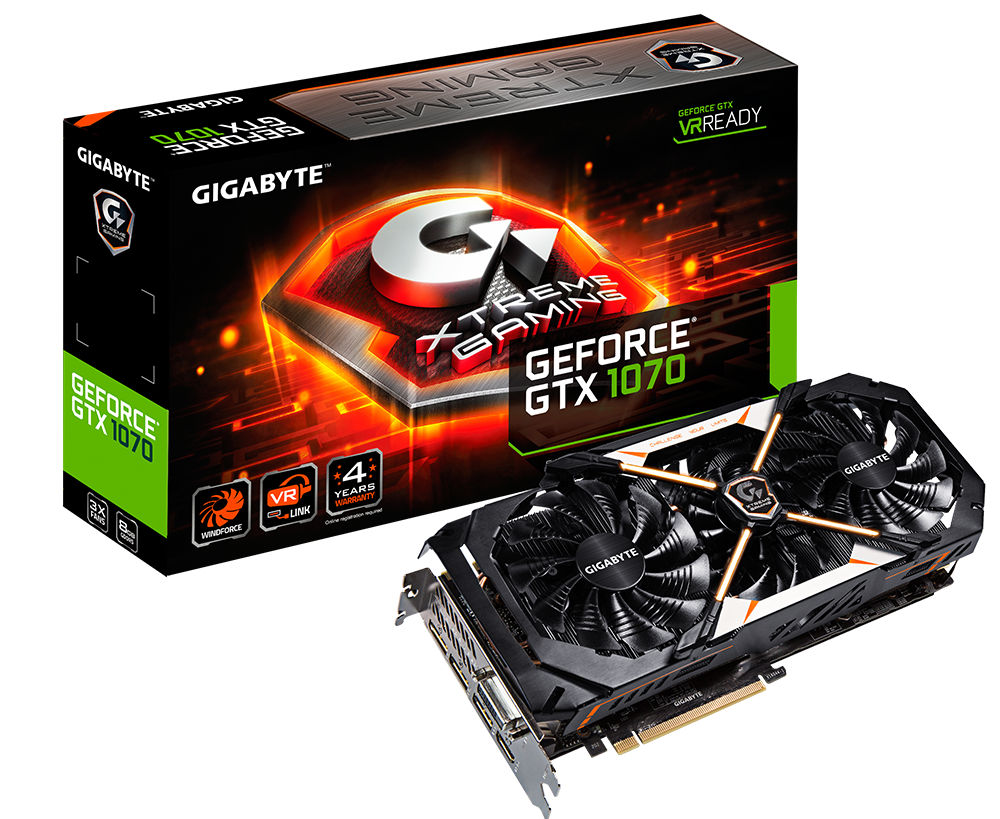 Gigabyte GTX 1070 XE features triple-slot and triple-fan WindForce 3X design (100mm fans). The cooler has LED illuminated XTREME GAMING logo on the side and big X on the front. The cooling mechanism supports Fan Stop technology (fans do not spin when GPU has low usage).

Here are the most important features of GTX 1070 Xtreme Gaming according to the manufacturer: 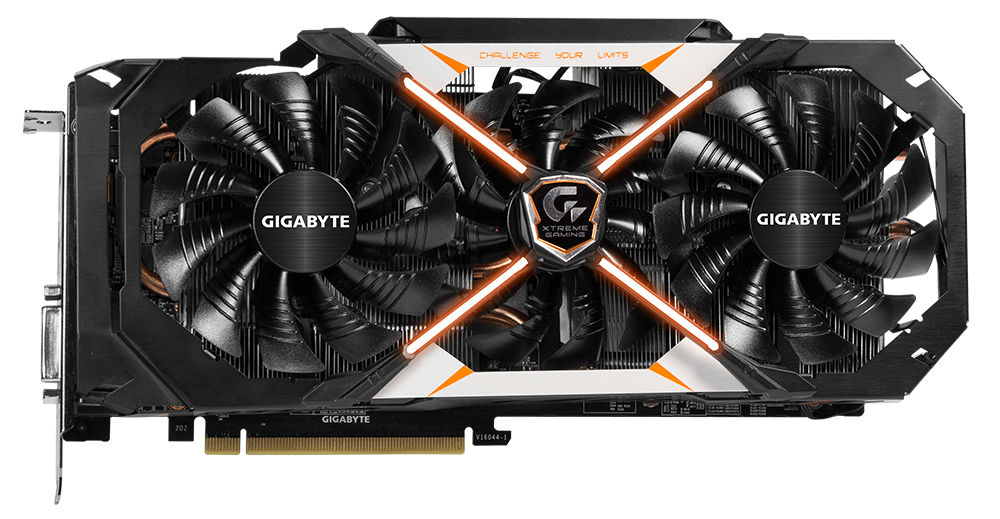 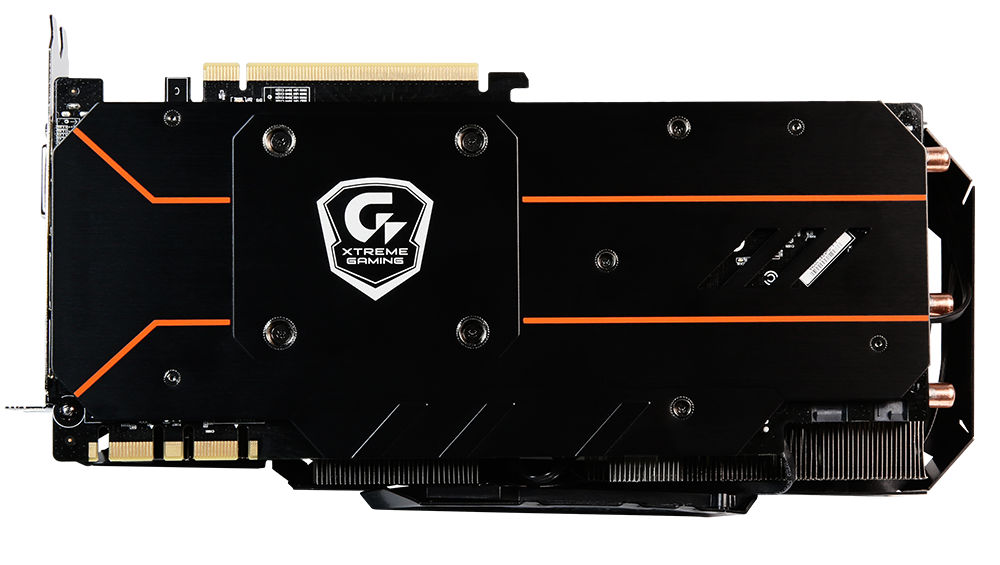