AMD has finally confirmed the full specifications of Radeon RX 400 based on Polaris.

AMD claims that Polaris architecture has 2.8 times the performance per Watt compared to older architecture (Radeon R9 270X to be specific).

Footnotes from new press deck revealed some interesting information. First off, the mobile RX series will use different naming schema than already released R? M4?? series. For instance, AMD confirmed that new card based on Polaris 11 is called Radeon RX 480M (so the M is now a postfix). This card is also confirmed with TDP at 35W, and speaking of watts, Radeon RX 470 is confirmed to be 110W TDP card. Later in this post you will find some actual official benchmarks. 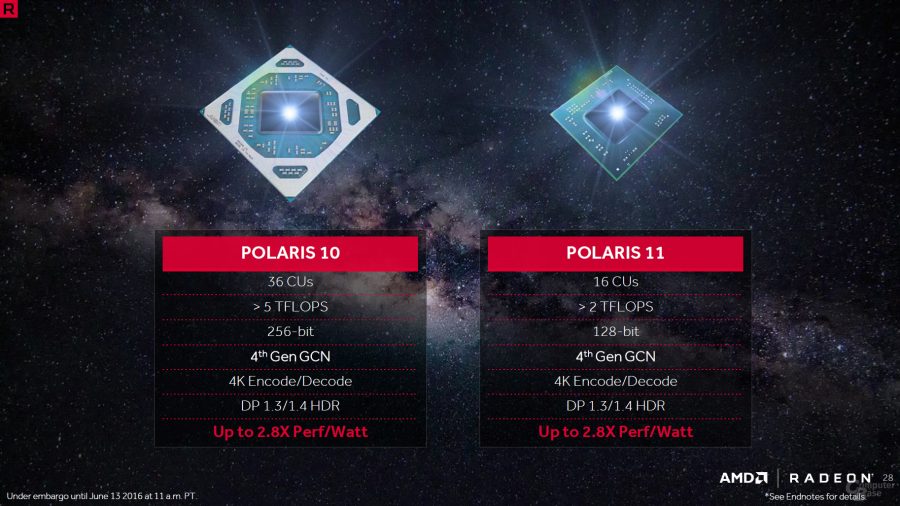 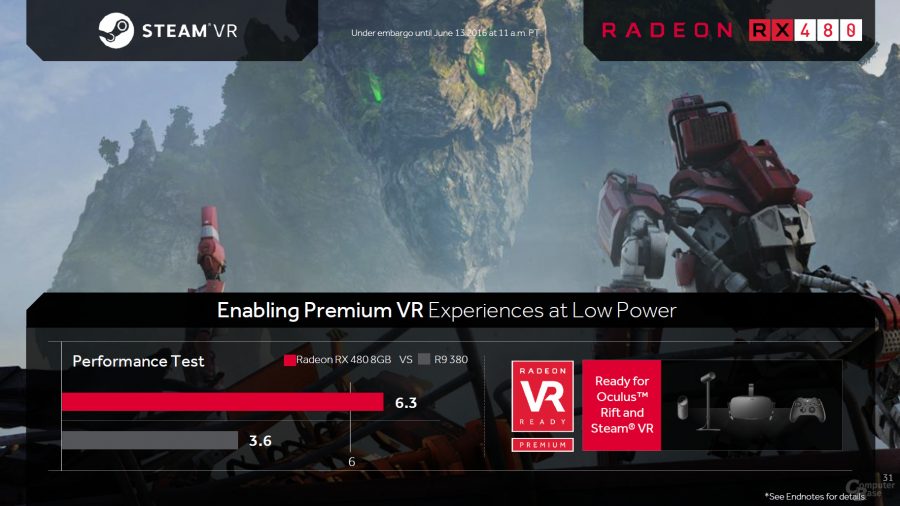 It’s worth nothing that this slide is titled ‘first in a family’, does it mean there are more cards coming later? 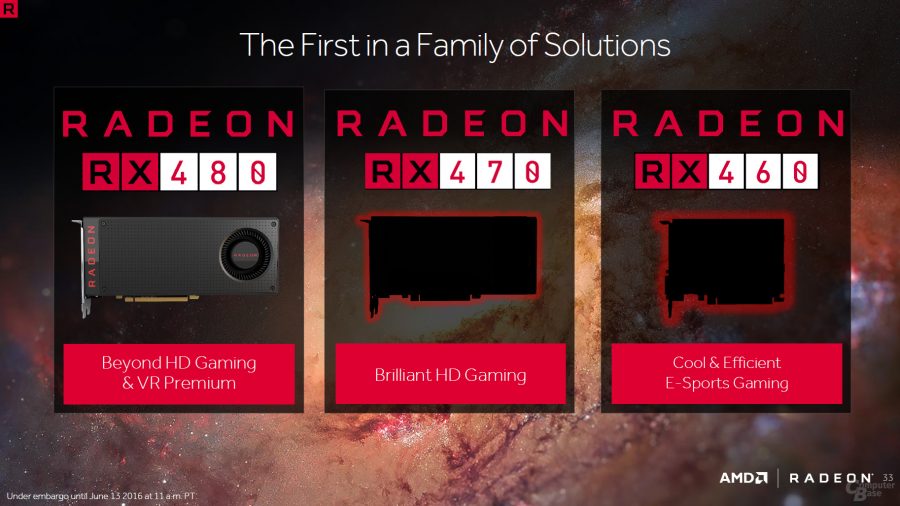 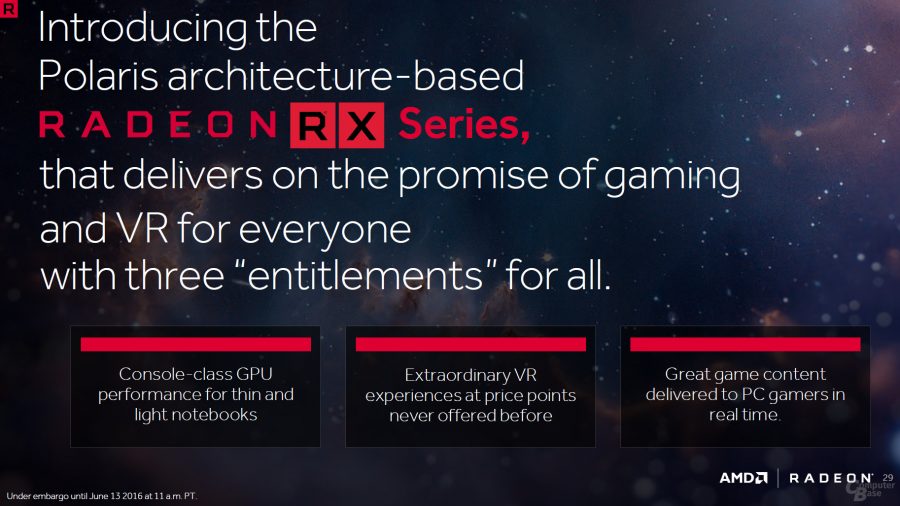 We also get to see the first official pictures of Polaris silicons. Polaris 10 will deliver 5+ FLOPS, while Polaris 11 can offer 2+ TFLOPs single-precision computing power. 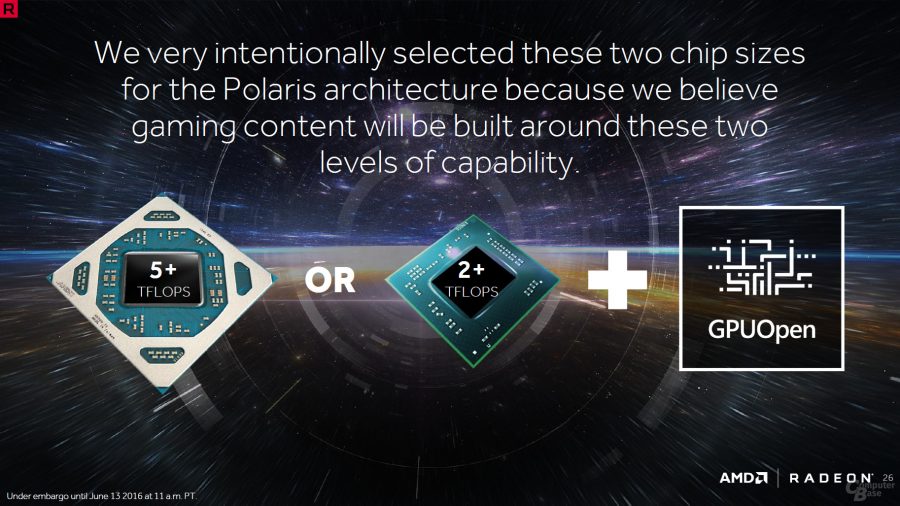 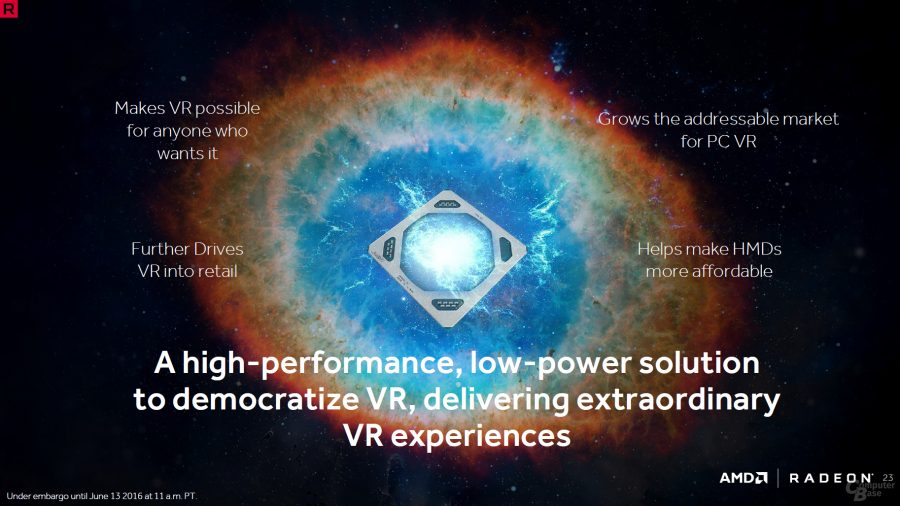 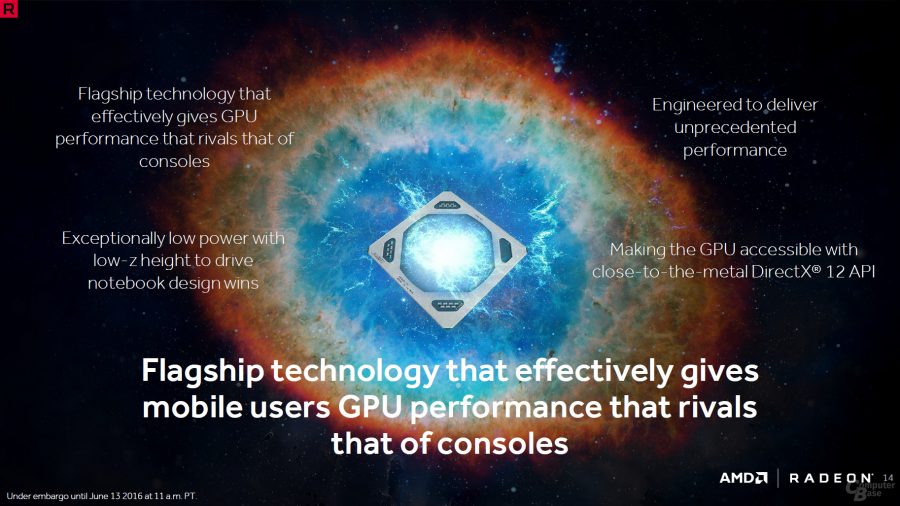 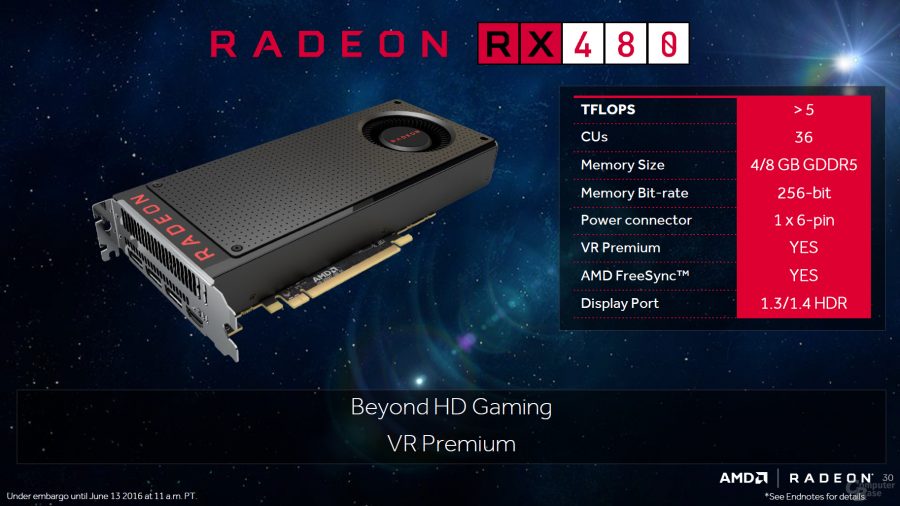 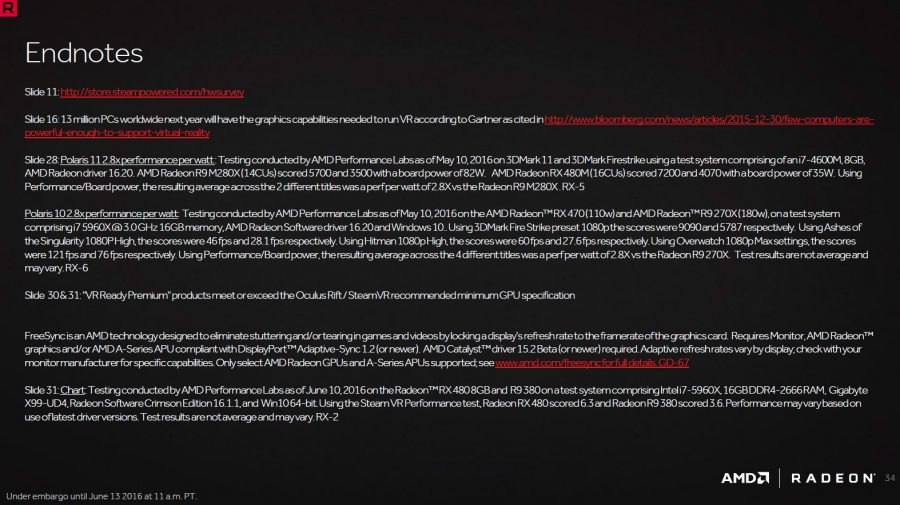 UPDATE: Tweakers.net posted some benchmarks based on footnotes in the press deck: