We are assuming that these are stock results (but bear in mind that it is PC Partner sample, which might be slightly factory-overclocked). We are working on obtaining overclocking scores, but it may take a while. Of course these are 100% legit scores, unlike some strange charts you saw on Chinese forums. Anyway, this puts RX 480 in between R9 390X and GTX 980. There are no Fire Strike Performance Preset scores yet (which could alter overall % figures a bit). 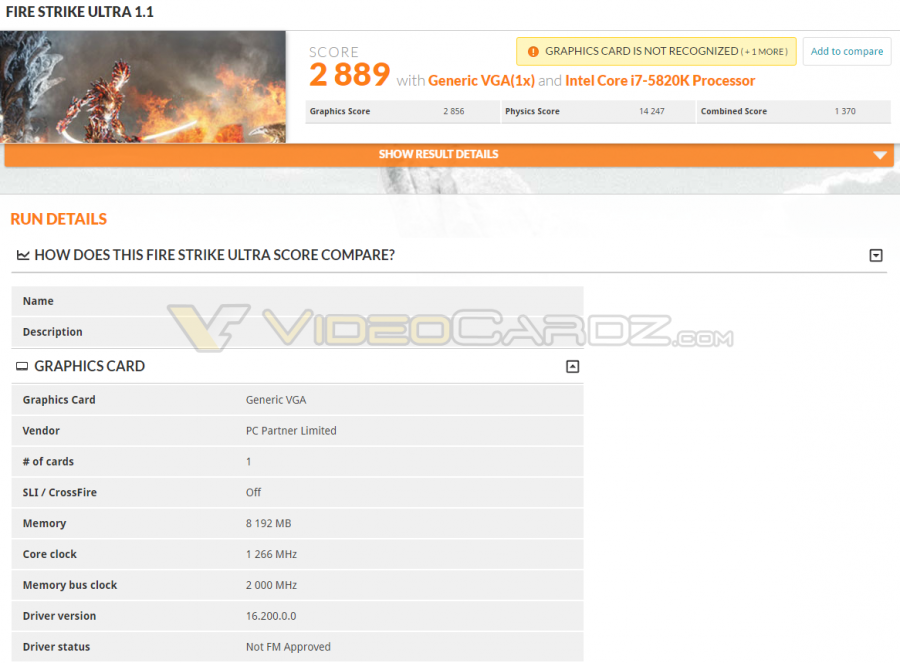 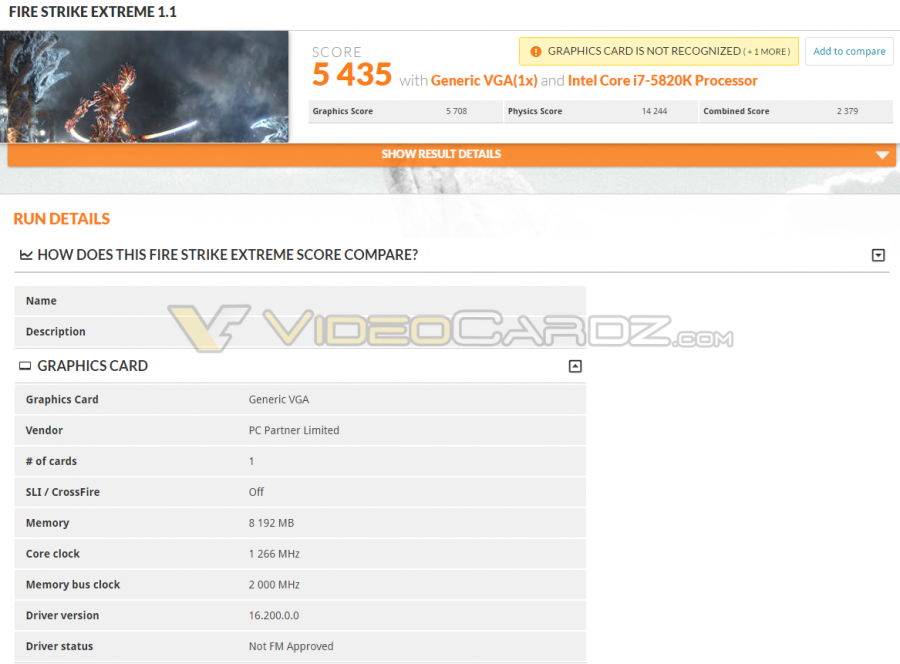 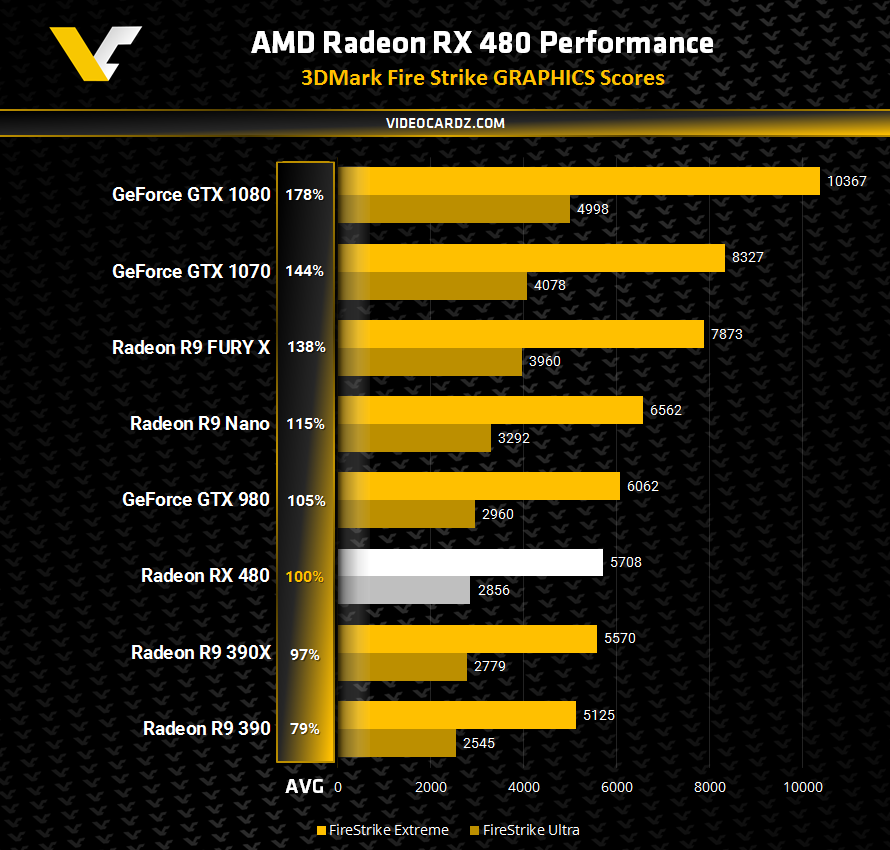 Here are some new RX 480 benchmarks, and for the first time ever we are also including RX 470.

As for CrossFire, either RX 470 has great scaling, or those results were performed with factory-overclocked sample. 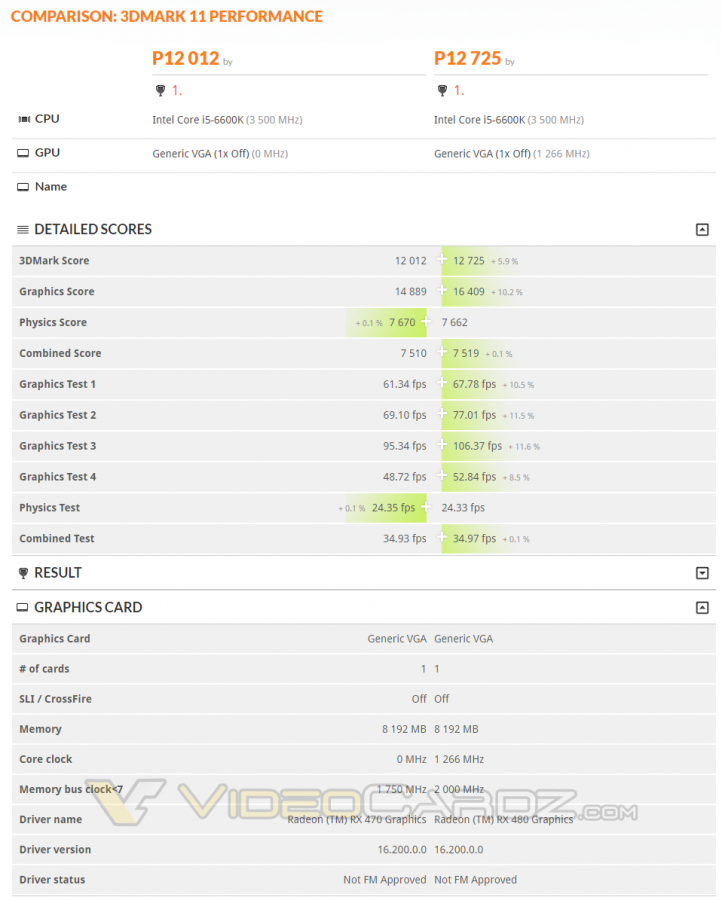 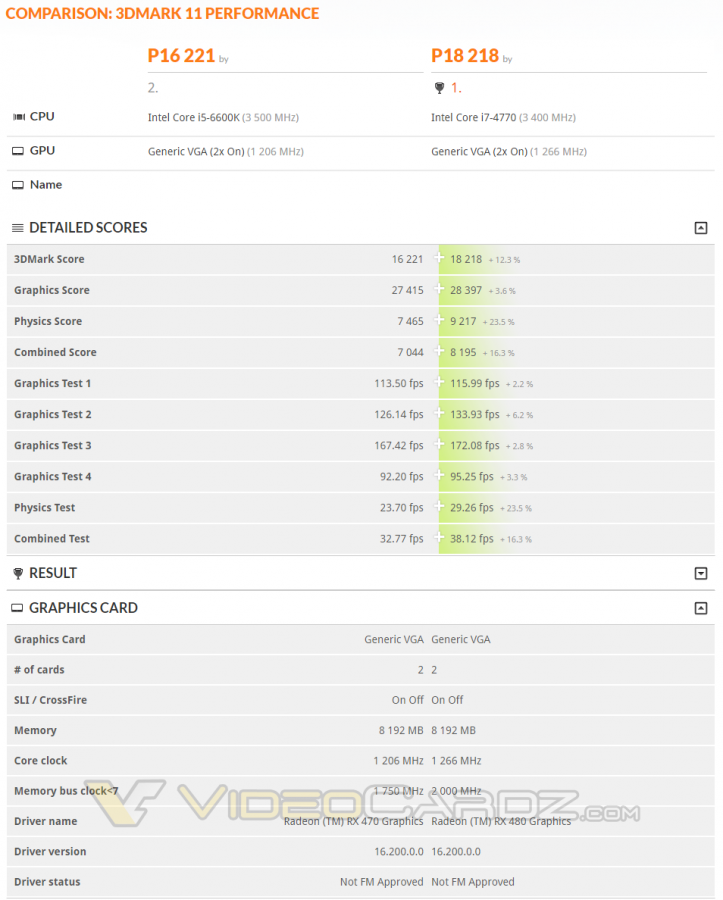 Lastly, here’s the highest RX 480 score we have seen so far in CrossFire. In this particular example, RX 480 CF has higher score than stock GTX 1080, 30611 Graphics Score. 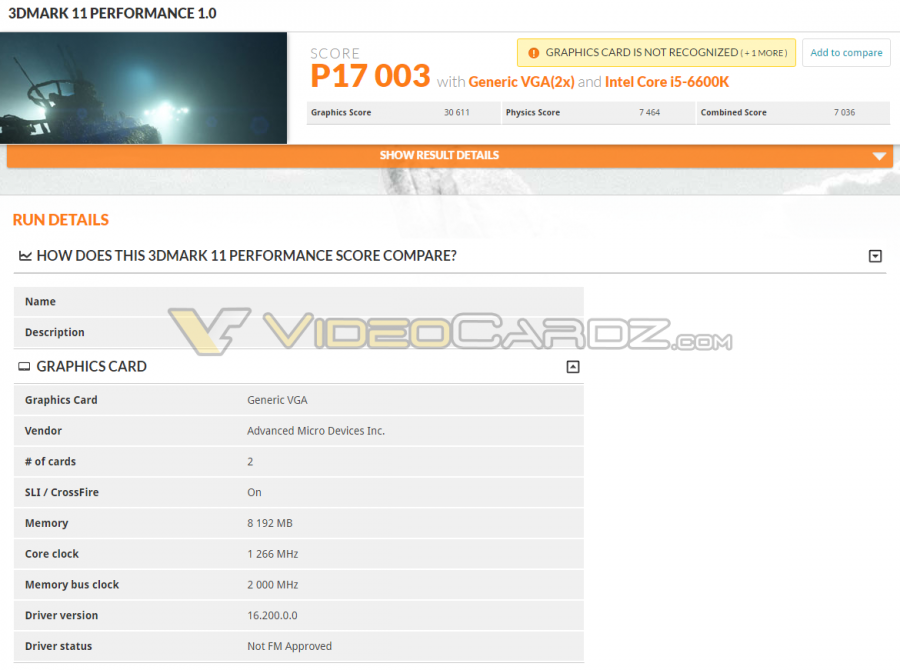