Colorful motherboard with GeForce GTX 1070 on board

One of our readers shared an interesting picture from Colorful Computex booth with us. The B150 motherboard (shown below) has built-in graphics card, which appears to be yet unreleased GeForce GTX 1070.

NVIDIA Pascal GP104-200 GPU is known from desktop GeForce GTX 1070 graphics card. Although first reviews of this card were already posted, it is not yet on sale, since official launch is planned for June 10th.

Meanwhile Colorful has showcased a very interesting design of its new B150 motherboard. It appears that it has GTX 1070 installed on the motherboard itself, occupying all PCI slots in the process. The motherboard still has two PCI expansions slots, which can be used for for SSD, Wifi module or anything that will fit into Mini-PCI interface. It also uses SODIMM memory slots.

This motherboard does not seem to comply to ATX standards, so I’m thinking it might be used in some custom-designed barebone PC, which are becoming quite popular these days, and have been showcased at Computex by few companies.

Also I wanted to point out that left side of this motherboard is quite similar to MXM layout. The rumors that NVIDIA could be using the same GPU variants for its mobile series are becoming more plausible. 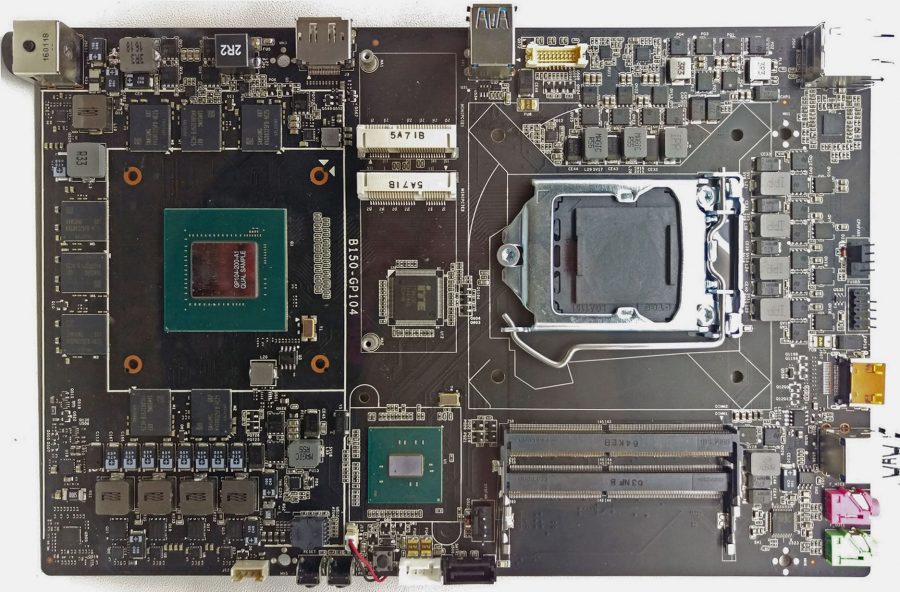 Many thanks to LG Nilsson for the photograph