First and only ‘benchmarks’ of Pascal GP100 spotted

Guys over at PCGamesHardware discovered first synthetic performance comparison between Pascal GP100 and other NVIDIA GPUs.

AMBER (Assisted Model Building with Energy Refinement) is a tool written by Ross Walker from San Diego Supercomputer Center and Scott Le Grand from Amazon Web Services. This benchmark was written in collaboration with NVIDIA (thus access to pre-release hardware). To my understanding this program was designed to simulate force fields around biomolecules. So yes, nothing even remotely close to gaming, but Pascal GP100 is technically not a gaming GPU, and probably never will be (especially since we are expecting Pascal GP102).

GTX-1080 / P100
At the time of writing GTX-1080 and P100 (DGX-1) cards had not been publically released. The benchmarks here are from pre-release hardware. As such they represent a bottom end to the performance. It is hoped that with access to released hardware that optimization of AMBER 16 specific to the Pascal architecture will be possible resulting in improved performance. (Pascal hardware benchmarks made use of a pre-release version of CUDA 8.0).

So not only are those results obtained with pre-release hardware, but also on Linux, using sophisticated software designed for pure computing oriented measurements. The only good thing about this benchmark is that it was designed to eliminate CPU and chipset bottlenecks, so those values are representing pure GPU horsepower (or CPU power when considering Xeon’s).

As pointed out by PCGH I would recommend looking at GTX TITAN X and GTX 1080 performance compared to GP100. What I found strange is NVLink multi-GPU scaling, which is not much better than PCI-E scaling. Still, I would treat this as an interesting gossip, rather than anything that we could draw conclusions from. 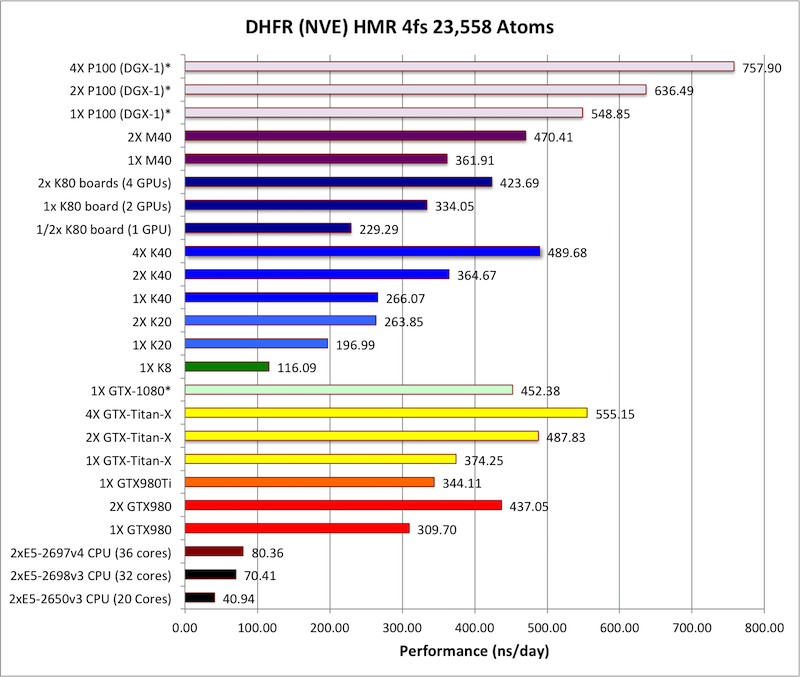 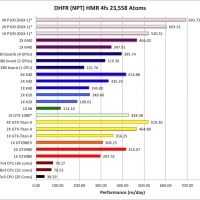 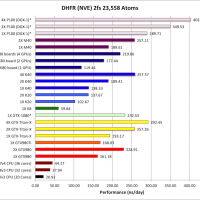 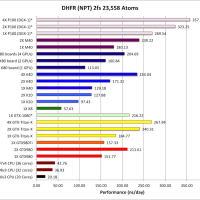 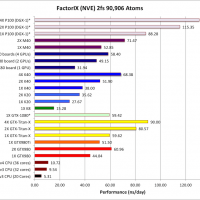 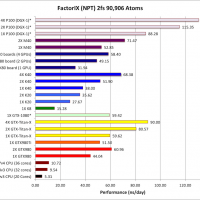 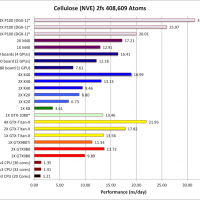 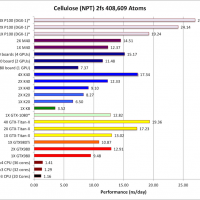 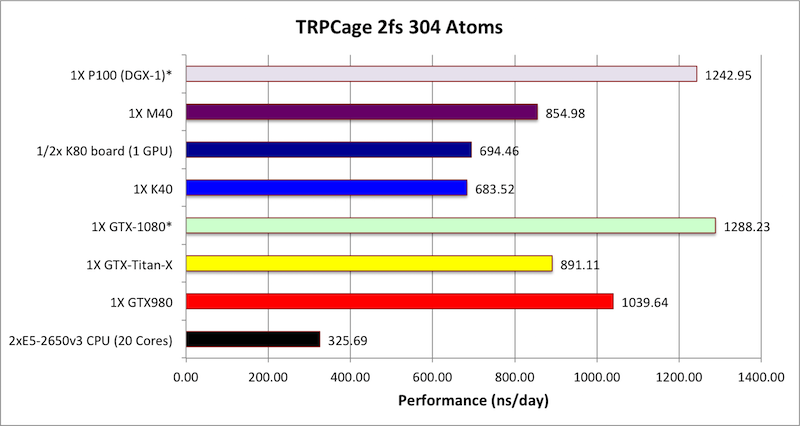 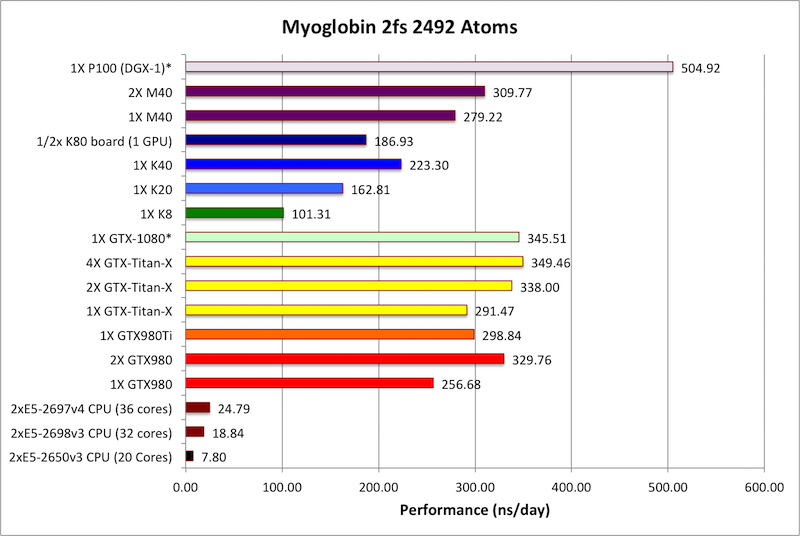 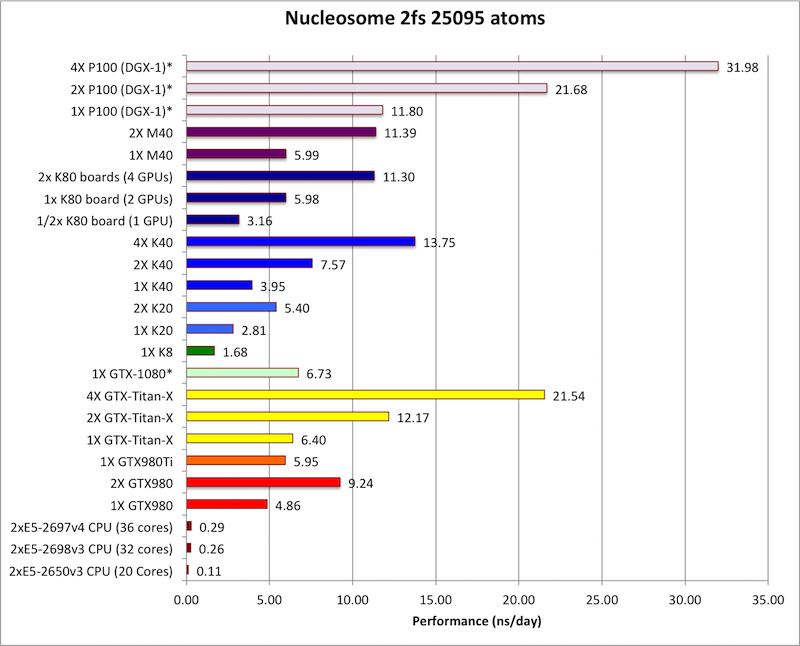