I’m not sure if you guys noticed, but during the live stream AMD actually did showcase (for a very brief moment) Polaris 10 GPU. It was only for 29 seconds and I had to wait few hours for AMD to re-upload the whole live-stream just to find this one picture.

The quality of this GPU render is, I would say, average (I wonder when we are going to see live streams in 4K?). Either way, it’s enough for our comparison.

I think to no one’s surprise the GPU showcased during the livestream is almost identical to what we ‘made’ from the teasers posted on AMD website. It is however slightly wider than we thought. The component layout also corresponds to what we saw on the teaser. 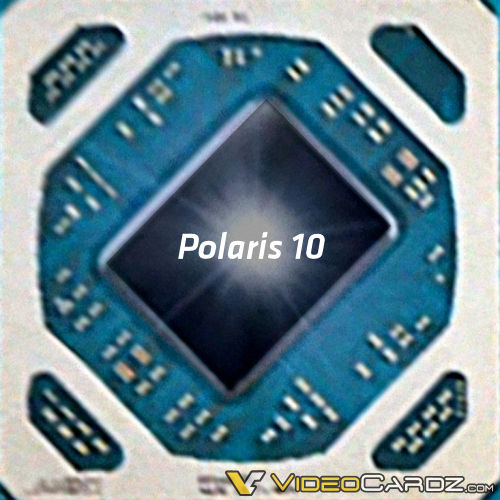 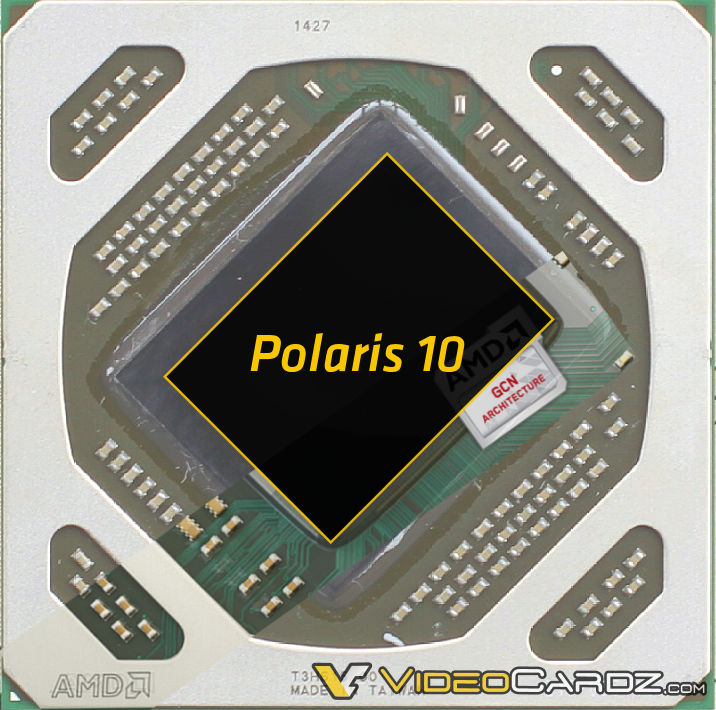 Polaris 10 shown during the live stream vs. mockup made from the teaser image

Shortly after the event ended we received some unconfirmed information that the next graphics card based on Polaris 10 is Radeon RX 470. It will feature a variant called Ellesmere Pro (Polaris 10 Pro). So you might have noticed that there are currently no ‘X-parts’ in desktop Radeon RX offer.

The lack of 4_0X parts is quite intriguing. AMD could’ve chosen to simplify its product portfolio, which would mean we will be seeing less rebranded parts in the future. In my opinion the idea to drop R9/R7/R5 performance segmentation in desktop portfolio is definitely a good move.

We should also be hearing more about mobile Polaris soon. The mobile variant of Polaris 10, which is expected to feature 2048 Stream Processors, should have no problem fitting into 100W MXM specifications. However AMD may still be adjusting its mobile offer based on Polaris yields.

There’s just one thing that puzzles me. What will happen to mobile naming schema? Are mobile Polaris going to be called RX 400M? Don’t we already have R9 M485X officially released by AMD? This is going to be quite confusing to customers, no doubt.