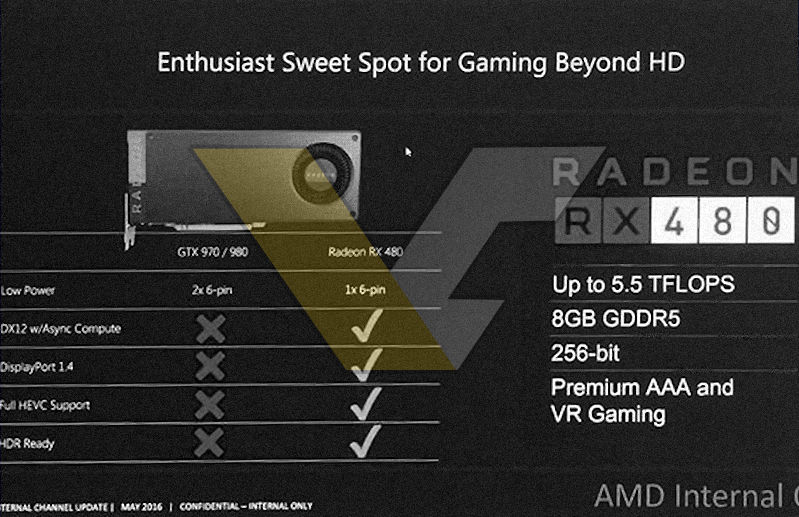 A slide from AMD’s internal presentation has allegedly been leaked.

The specifications are rather poor in details, but we are told that the RX 480 (it appears this is in fact the official name for this card) has 5.5 TFLOPs single-precision computing power. Card would be equipped with 8GB GDDR5 memory across 256-bit interface.

The 5.5 TFLOPs computing power would indicate that RX 480 has 2304 Stream Processors clocked at 1200 MHz, but this part is pure speculation at this point.