Let’s start with the most bizarre GTX 1080 design so far. What you see here is a new iGame card equipped with custom liquid cooling. However the thing that makes this card special is the fact that the radiator and pump installed under the fans. There are no external radiators or tubes here, everything was designed to fit in three slots on motherboard. It also appears that existing loops can be added for extra cooling efficiency. I don’t think this prototype will ever be sold, Colorful is known for crazy ideas, which are not always pushed into production. 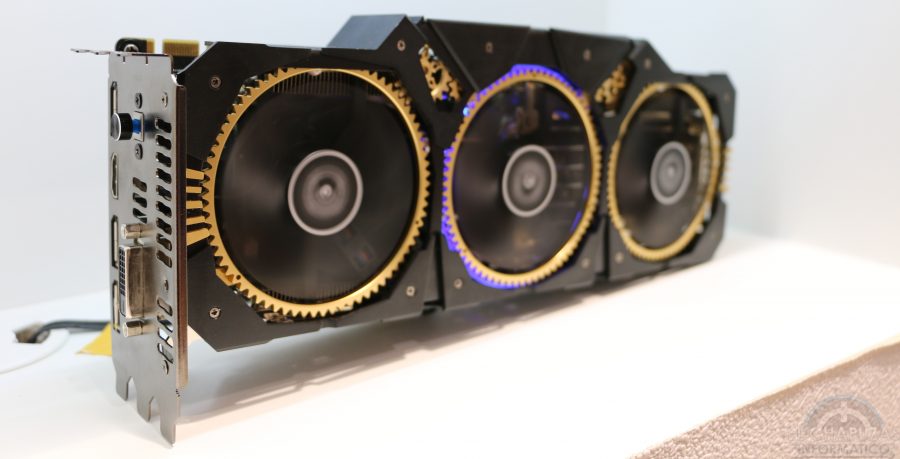 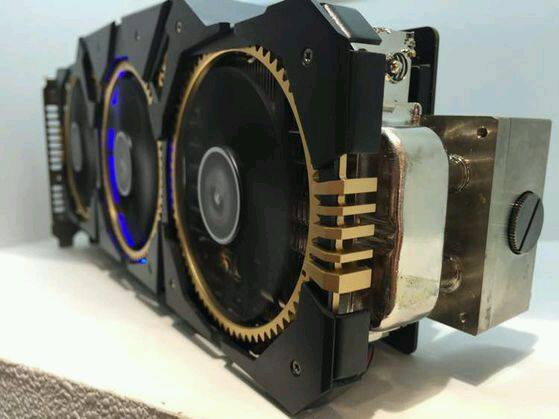 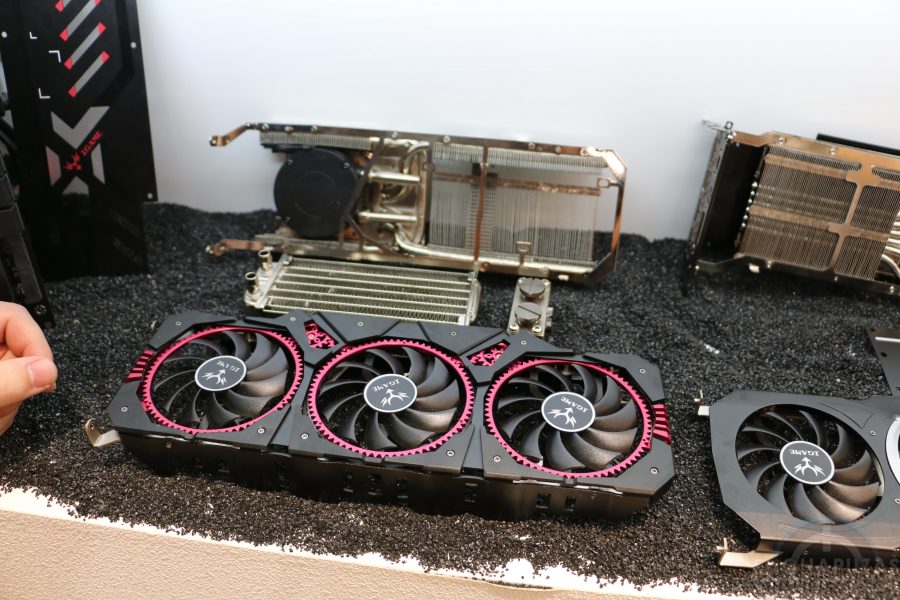 This is the new flagship card from Colorful. It features custom PCB with two 8pin power connectors. The card is triple-fan and triple-slot. The bracket has special OC button for extra performance. Card also comes with a backplate for extra protection and better aesthetics.

The cheaper variant of iGame TOP, with slightly different shroud. But just because it’s cheaper, it doesn’t mean it’s worse. Even this card has custom PCB with two eight-pin power connectors.