For the Win! The GTX 1080 FTW features custom PCB with two eight-pin power connectors and 10+2 phase power design. It should theoretically provide much better overclocking than Founder Edition, if not the power limit..

Either way, the GTX 1080 FTW is equipped with two BIOSes, so there’s some room for experiments. 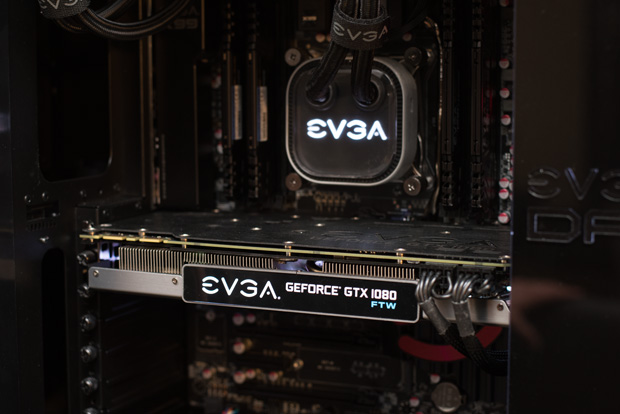 This strange thing mounted on the right side is called EVGA Power Link. It basically allows you to route PEG cables to the side,  allowing cleaner cable management. You can find more pictures of this thing here. 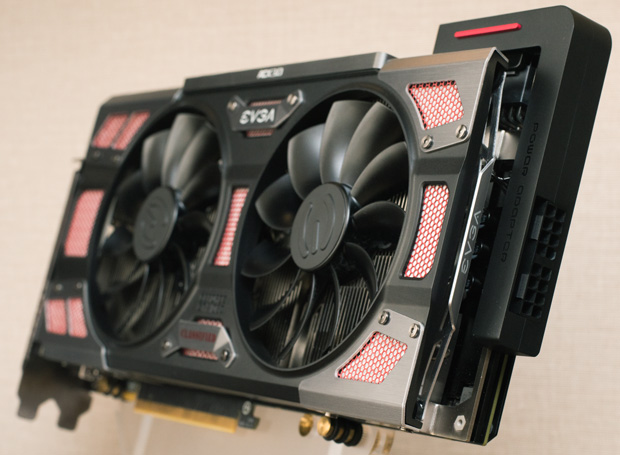 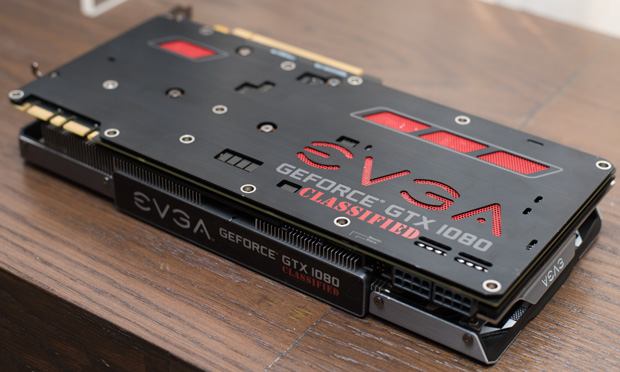 The Hybrid. I’m not sure why people seem to be more interested in this card rather than FTW or Classy. It should definitely provide more efficient and quieter cooling solution than ACX 3.0, but it takes extra space for radiator. Not much has been officially said about this card yet, but from our short investigation this card should feature the same PCB as FTW edition. 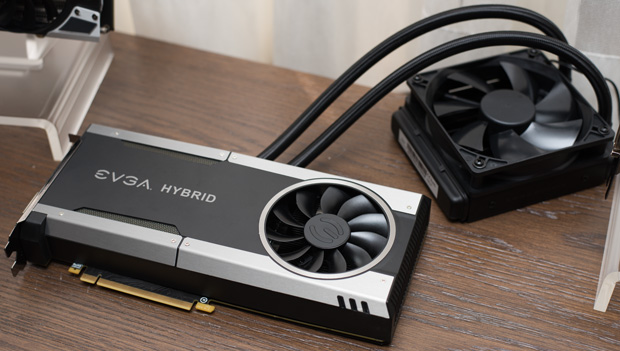 Not only NVIDIA has its own high-bandwidth SLI bridges, but also EVGA and MSI. EVGA has three bridges, all for 2-way SLI, but for different heights. 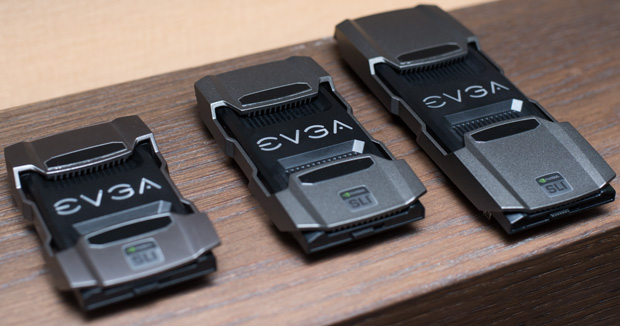