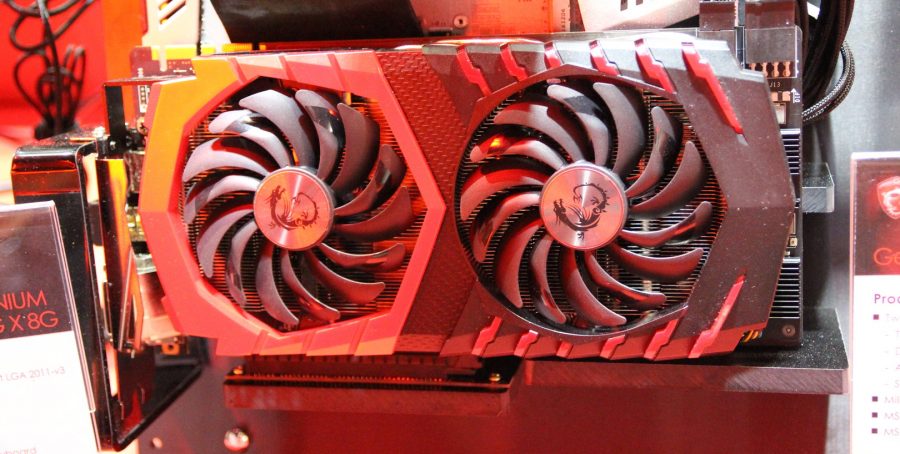 ComputerBase took some pictures of yet unannounced GeForce GTX 1070 model from MSI.

With no surprises the GTX 1070 GAMING X will look exactly the same as GTX 1080. It features Twin Frozr VI cooling solution equipped with two large fans. The custom designed PCB is likely the same to GTX 1080’s. Power to components is delivered through 6-pin and 8-pin power connectors and split into 10 phases. Since GAMING series are currently considered as MSI’s flagship cards, this model was equipped with a backplate. 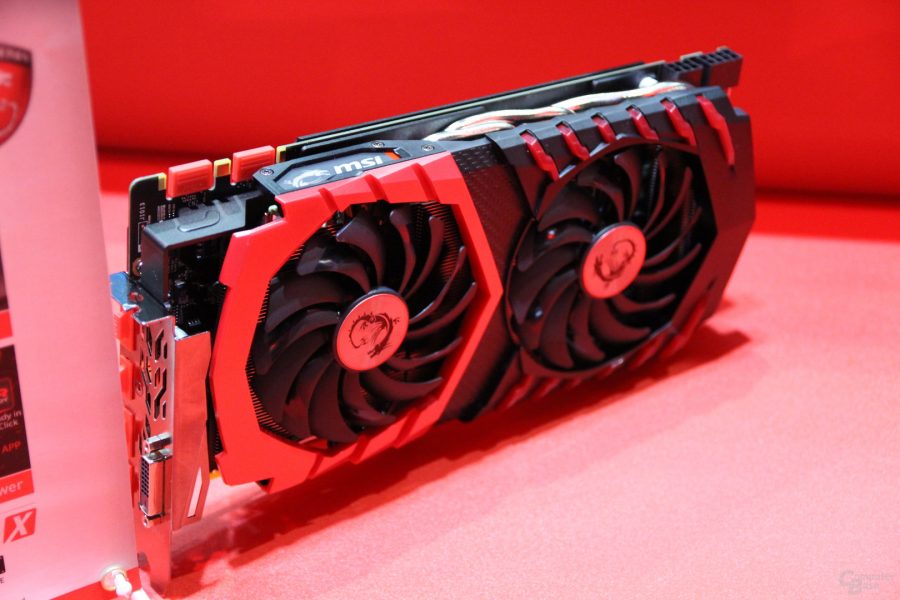 Another ‘Gaming’ card comes from Inno3D. The GTX 1070 GAMING OC features brand new dual-fan cooling solution. It’s worth noting that unlike other GTX 1070 cards from Inno3D, this one is not from iChill series.

It’s hard to say if the PCB has been modified, bug judging from how the iChill PCB was modified, I wouldn’t be surprised if this card had reference PCB. 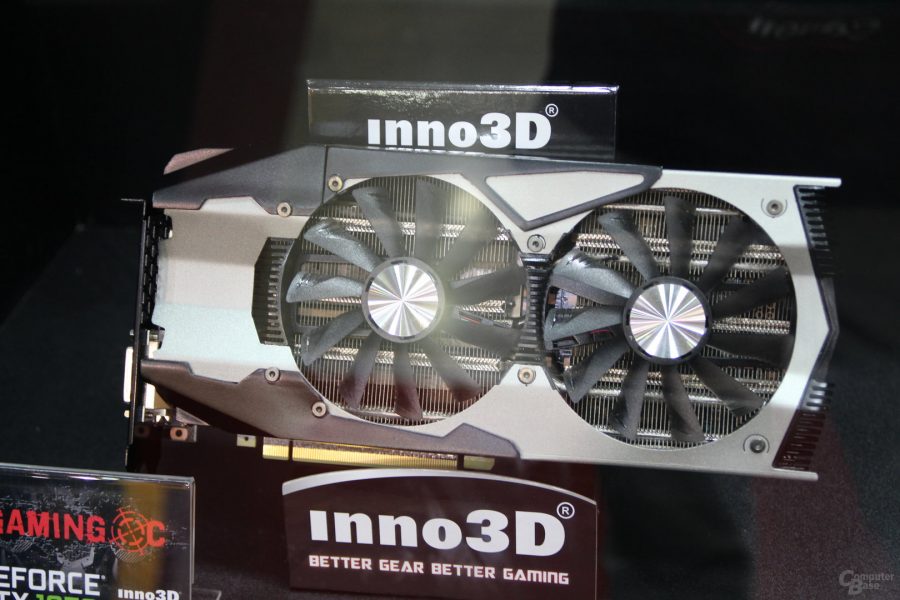 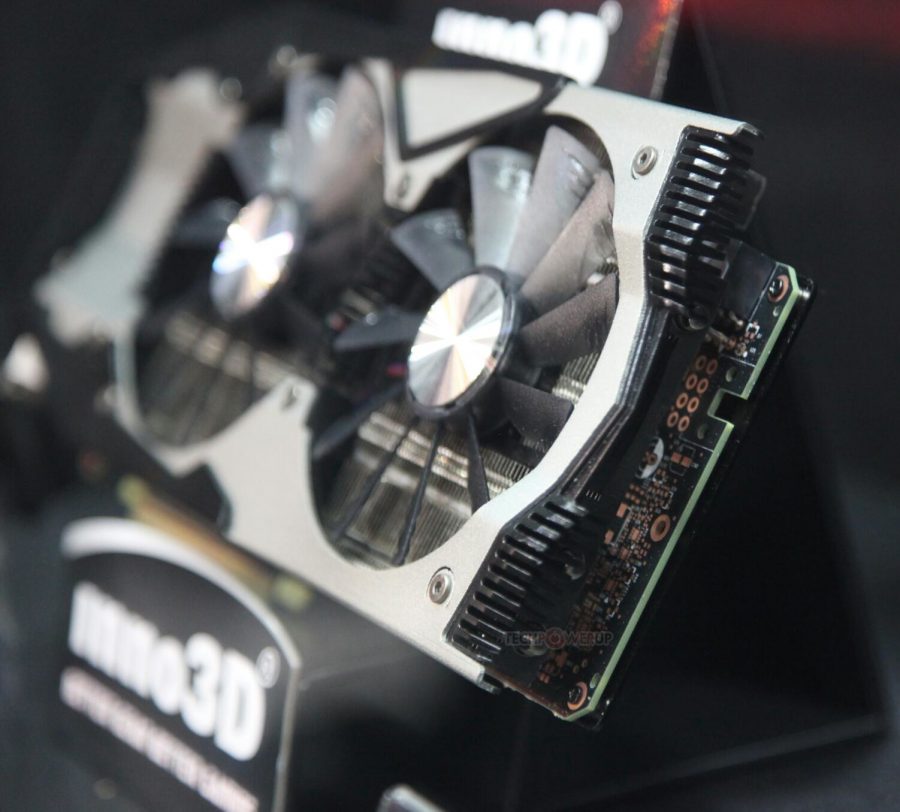 Speaking of iChill series, the GTX 1070 iChill, which was leaked just 2 days ago, has made its first appearance at Computex. This card features modified PCB, which is even advertised right next to the card. It has 6-pin and 8-pin power connector and 6+1 phase design. 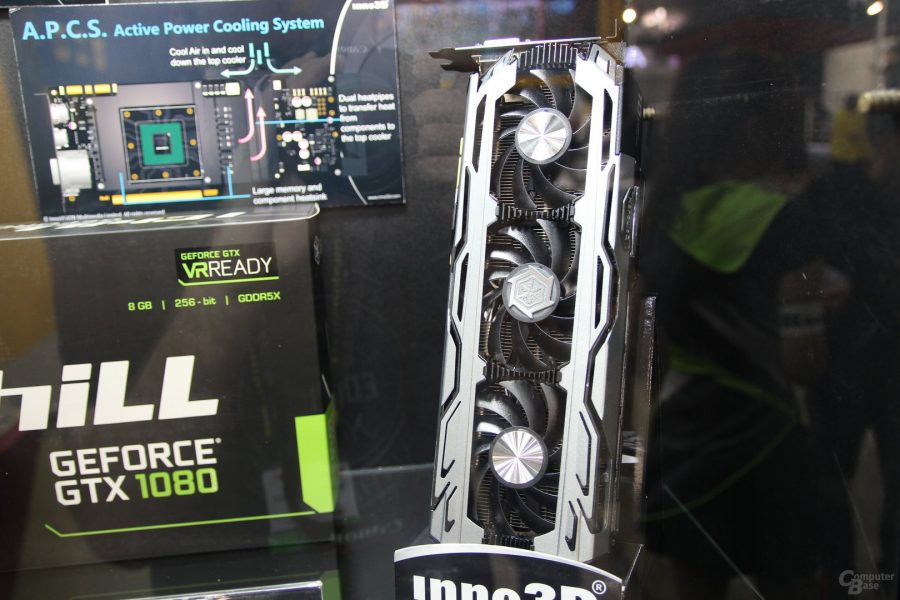