Not only are we told about a third GeForce 10 Series card, but also get a sneak peek on its performance. The third Pascal graphics card, most likely GeForce GTX 1060, would feature Pascal GP106 GPU with at least 1280 CUDA cores (according to recent rumors and common sense).

The new card would perform better than GeForce GTX 970, but it would fail against GTX 980. It appears that the main competitor to GeForce GTX 1060 will most likely be based on Polaris 10 GPU (Radeon ‘RX 480’ graphics card from AMD).

However the main battle will not just be measured in TFLOPs, but TFLOPs per Dollar and probably TFLOPs per Watt. Should GTX 1060 fail in both battles, AMD may finally regain some market share, but should GTX 1060 be just as good, AMD may be in trouble. 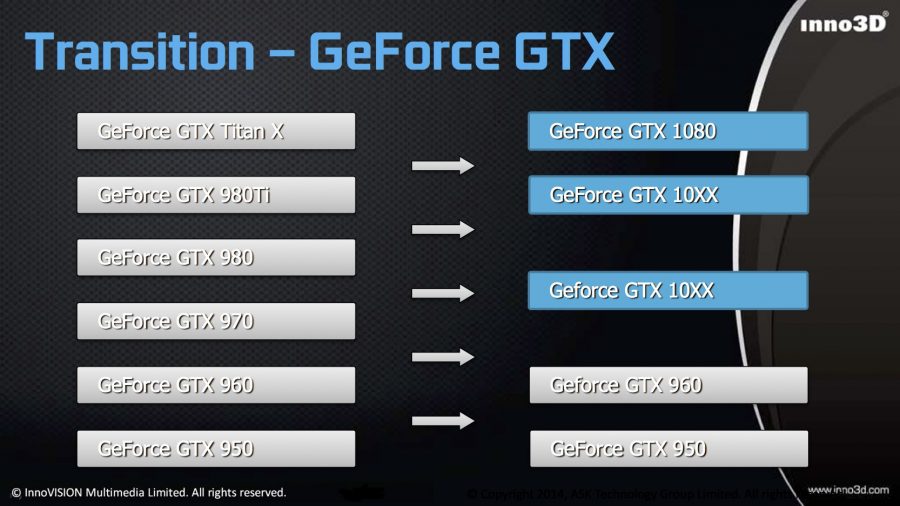