Although it was already confirmed by GALAX that GTX 1080 GAMER shares the same cooling solution with GTX 1070, this is actually the first real photograph showing this design. This triple-fan design has a new shroud compared to GTX 900 series. GALAX decided to add some LED illumination, which can be controlled by GALAX own application. I think it’s too early to speculation when will this card be available. 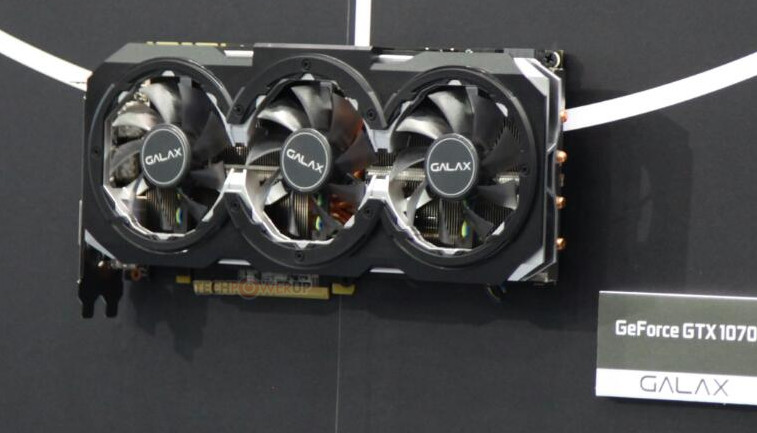 The Hall-of-Fame edition of the GTX 1070 looks rather unfinished. I think GALAX simply wanted to confirm that this card is indeed in the making, probably even in its final stage before production.

This is actually the first GTX 1070 confirmed to feature dual 8-pin power connectors. The board was also modified to host 11 phase power delivery, from which 2 are probably for the memory and one for PLL. 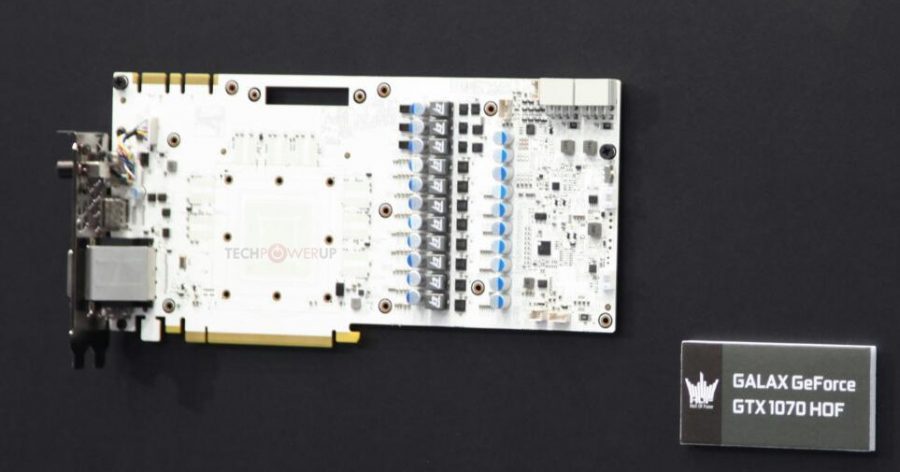 And lastly we have GALAX reference blower-type cooling solution. This is definitely going to be one of the the cheapest GTX 1070 on the market, and since Founders Edition is now for the premium price, those thinking about water-cooling should definitely think of this card. 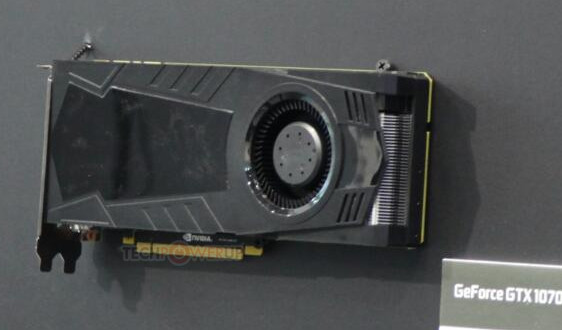